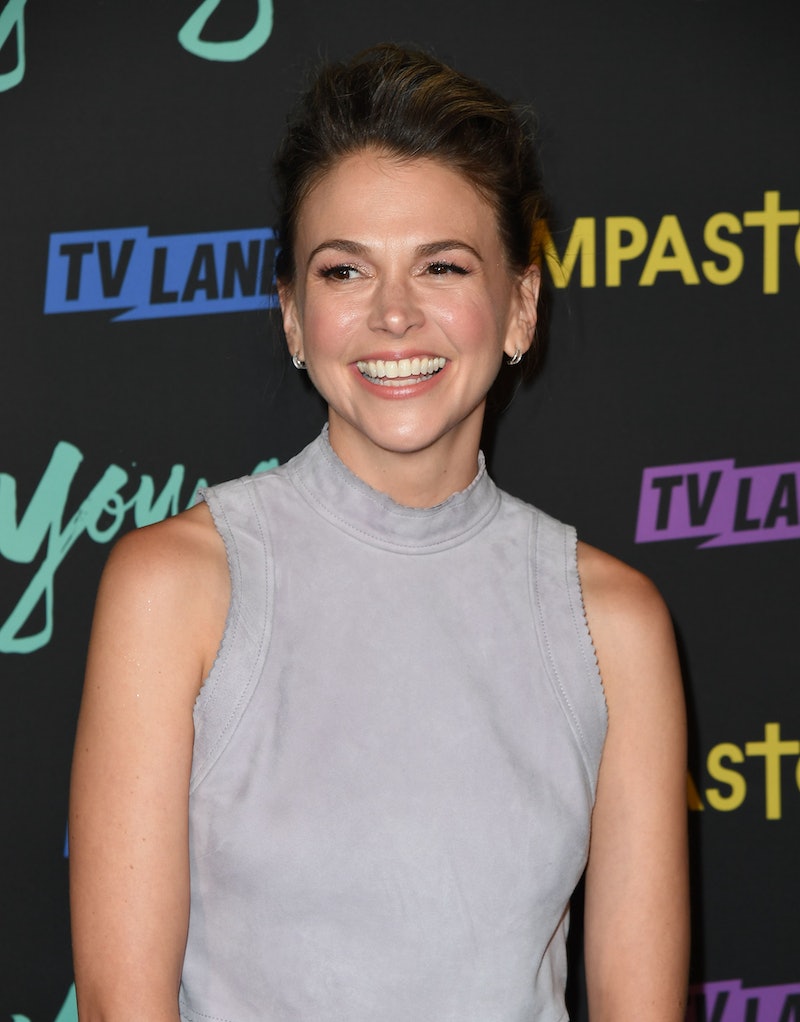 Can you feel it? That shift in the universe that signals the impending premiere of Gilmore Girls: A Year In The Life on Netflix? We are so close to finally seeing what all of our favorite Stars Hollow peeps have been up to in the last eight years and we even get some fresh faces joining the festivities this time around. Sutton Foster was confirmed to be guest starring in one episode and considering how brilliant she was on Bunheads (also an Amy Sherman-Palladino show), I simply can't wait to see her jump into Stars Hollow, and mostly because I'm dying to know who Foster plays in the Gilmore Girls revival.

Well, I hate to be the bearer of somewhat bad news if you were hoping to see Foster reprise her role as Michelle from Bunheads in some kind of Palladino crossover extravaganza. According to the revival's IMDb page, Foster's character is named Violet. Sure, that doesn't exactly provide us with a wealth of information but a little more digging gave me some small tidbits to work with for the time being. Of course, they have completely shrouded most of the details about the revival in more mystery than even Nancy Drew could handle, but we have imaginations, right? It can't be too difficult to determine what kind of gal this Violet might be.

Foster did give some hints when she spoke to Vulture about her role. She said about her character, "I can tell you that her best gig that she's gotten so far in life is the lead in the Stars Hollow musical." That tells us a lot about this woman because although the Stars Hollow musical is must-see theater for fans, the production isn't exactly a Broadway-caliber big break for a struggling actress. Still, it's worth noting that "struggling actress" was a description fitting of Foster's Bunheads character too. Coincidence? Could there some funny business a la code names being played with on the IMDb page? Stranger things have happened.

If this is indeed a brand new character (although, I am really holding out for Michelle), where did Violet come from? Is she someone's sister or wife or girlfriend? Is she related to Miss Patty? Somehow, I feel like Miss Patty is involved with her, especially since she is clearly so enamored with this business we call show. Also, she is likely somewhat known in the town at this point because the musical is being put together by Taylor and I just can't see him grabbing an "outsider" for the lead role.

Obviously, we have an eccentric but endearing new character on our hands and isn't that exactly how you would describe any and all of your favorite Stars Hollow townies? I think Violet will fit right in here.