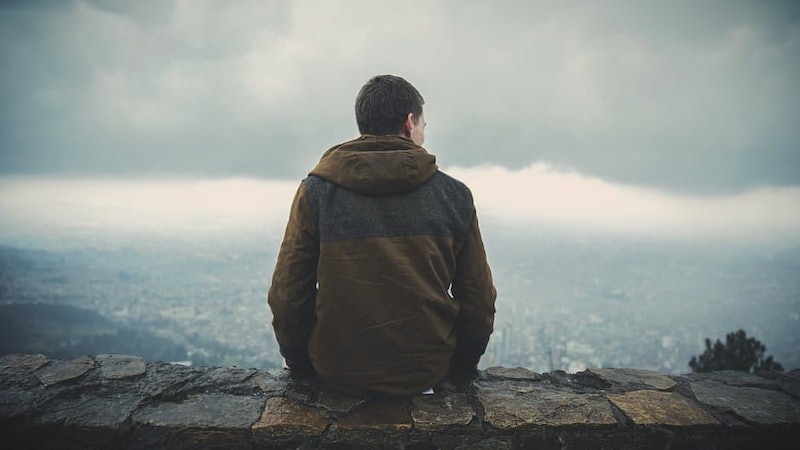 Bad news for President-elect Donald Trump: according to a meta-analysis of 78 research studies, being sexist may be harmful to men's health. The American Psychological Association shared a press release of the study, which was published in the Journal of Counseling Psychology, and indicated that men who see themselves as superior to women and subscribe to "toxic" male tropes are more likely than men with a more fluid view on their gender to suffer from psychological problems. To make matters worse, these men were also less likely to seek psychological help for their issues as well.

The study examined data from 19,453 participants, focused especially on these 11 traits, according to the press release from the APA: desire to win, need for emotional control, risk-taking, violence, dominance, playboy (sexual promiscuity), self-reliance, primacy of work (importance placed on one's job), power over women, disdain for homosexuality, and pursuit of status. (Wow, did reading all of that make anybody else's blood pressure rise tenfold?) They searched for a connection between these traits and three outcomes, which were negative mental health, positive mental health, and willingness to seek psychological help.

Spoiler alert — the dudes who subscribed to the School of Gaston were more likely to have negative mental health outcomes and an unwillingness to seek help for them.

"The masculine norms of playboy and power over women are the norms most closely associated with sexist attitudes," said lead author Y. Joel Wong, PhD, of Indiana University Bloomington. "The robust association between conformity to these two norms and negative mental health-related outcomes underscores the idea that sexism is not merely a social injustice, but may also have a detrimental effect on the mental health of those who embrace such attitudes."

This study only further emphasizes the toxicity of gender tropes, which are also (unsurprisingly) incredibly harmful to women's health as well. A study published in Sex Roles in 2015 found that instances of sexism, both subtle (e.g., mansplaining) and overt (fear of attack or rape) caused psychological distress in women, which could have a much broader impact on health in the long-term. In fact, the study found that the psychological distress was more marked in black women than white women, citing that men who already subscribed to toxic masculine beliefs were more likely to "possess racist attitudes". So in addition to being associated with negative mental health outcomes and an unwillingness to seek treatment for them, misogynist men tend to have ties to racism, as well.

While all of this may seem incredibly unsurprising, it does go to show just how dangerous normalizing this kind of behavior can be — to literally everyone involved in it. All this "locker room talk" and "boys being boys" is a lot more harmful and pervasive than the ugliness that already meets the eye.

More like this
Why Experts Say Sleeping With A Fan On Isn’t Totally Risk-Free
By Sophie McEvoy
The 12 Best Air Fresheners For Bathroom Smells
By Amber Petty
The 10 Best Doormats For Cleaning Shoes
By Ileana Morales Valentine
Your Daily Horoscope August 11, 2022
By Mecca Woods
Get Even More From Bustle — Sign Up For The Newsletter