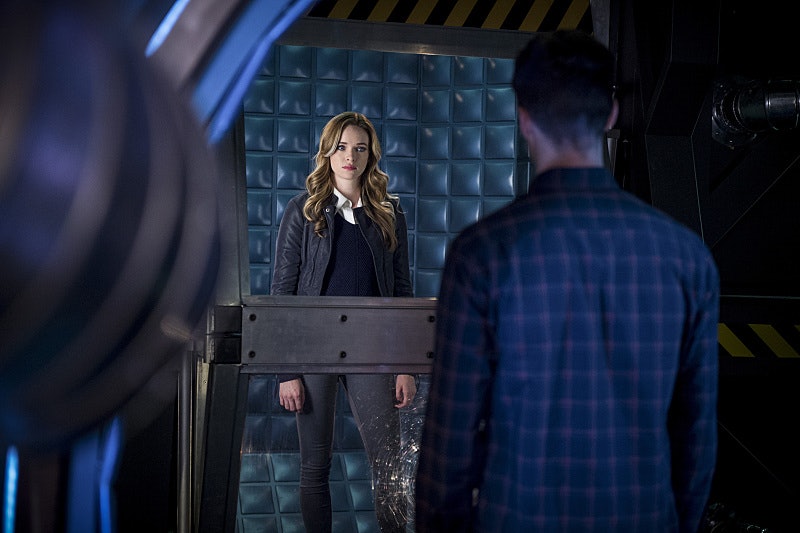 Caitlin might not want her powers on The Flash, but they certainly want her. In "Killer Frost" Caitlin's powers took control of our sweet Dr. Snow after she used her icy talents to save Barry from losing a fight with a new big bad, Savitar. With her Killer Frost side emerging, Caitlin ran away from the team and used her powers to interrogate an Alchemy follower at CCPD, all because she wanted to do one thing: find Alchemy and get him to take her powers away. The more Caitlin used her powers, the more they took over, and Caitlin went full Killer Frost on The Flash .

Caitlin/Killer Frost went so far as to break Barry's leg and kidnap Julian in her quest to find Alchemy and Savitar, who she learned is the one truly in control of Alchemy. She uses Julian to get to another one of Alchemy's disciples, who tells her that Alchemy is just a follower, like him. They both serve the Dark Lord Savitar, he says, and Savitar showed him a future that included Killer Frost. After she left, Barry and Cisco worked together to catch her, and they locked her up in the basement at Star Labs where she couldn't hurt anybody. As long as Killer Frost has control, Caitlin's not going anywhere.

After seeing how Caitlin's powers were affecting her, Joe freaked out about Wally — still in his Alchemy husk — and used power tools to break him out early. Unfortunately, it didn't quite go the way he had hoped. Instead of saving Wally from becoming a meta, he forced Wally to emerge before he was ready, and a vibrating Wally West ran away at the first opportunity. Uncertain of what happened to Wally and how they could get him back, Barry was forced to go to Caitlin, hoping that her doctor side would be able to help. He let her out, and challenged her to kill him, just like Killer Frost would, if she wanted to leave. Being faced with the reality of killing her best friend brought Caitlin back, and she was able to help them save Wally.

At the end of the episode, Caitlin appeared to be back to her normal self, and Wally was better than ever. But with Caitlin wearing Cisco's power dampening cuffs, it's clear that she doesn't have a handle on her Killer Frost powers. Who knows when her villain alter-ego might strike again?