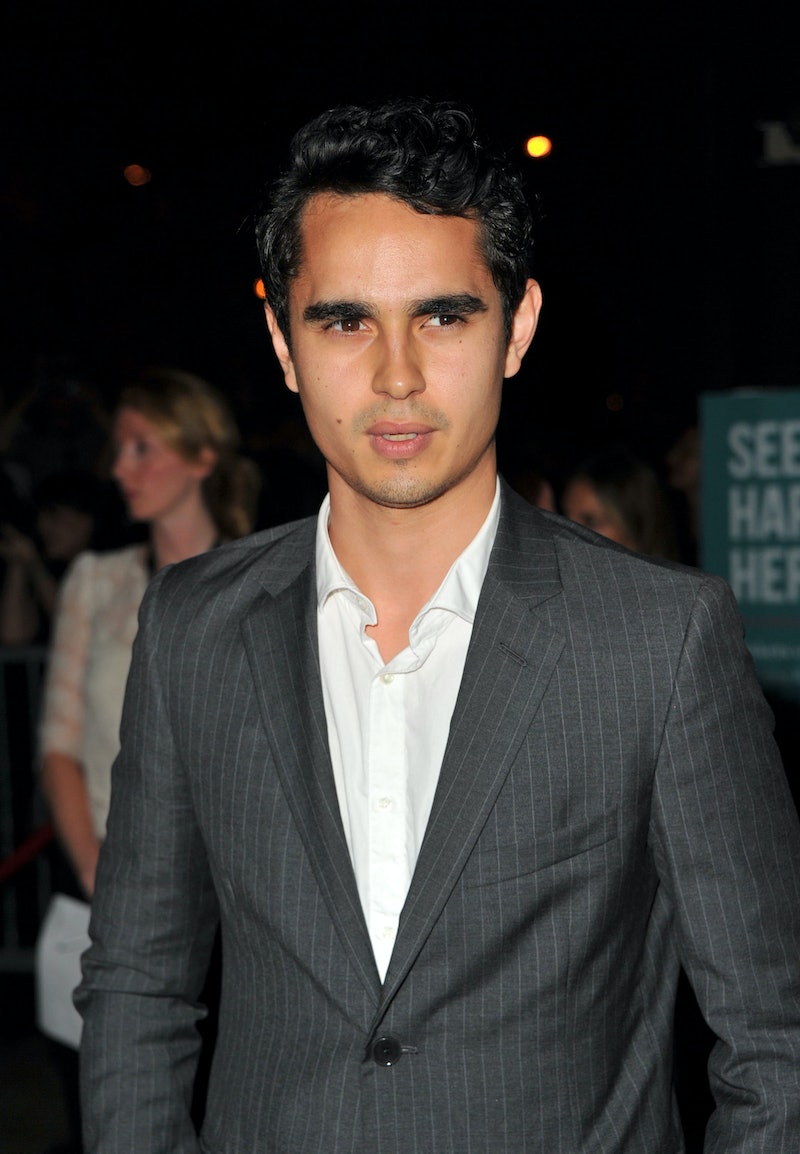 He's not just another younger sibling on The Mindy Project. Max Minghella reprises his role tonight as Richie Castellano on The Mindy Project 's painfully long-awaited midseason premiere. Sure, we met him a few times before and he's not the first sibling to appear on Mindy Kaling's comedy series. But you know want to know who Minghella is, beyond the fact that he's a Mindy Project fan and that Richie likes to hang with his big brother.

Richie Castellano's appeared twice on Mindy this season, in the "Wedding Crushers" and "L.A." episodes. Each time he's brought an unwelcome relic from Danny's past with him and it always has to do with their father. In "Wedding Crushers" we learned that Richie's gay (Danny already knew and the storyline ended as quickly as it began). Also, unlike Danny, he's forgiven their dead-beat dad for walking out on them. And during his "L.A." appearance, Richie convinced his older brother to quit whining and just go see their dad. We also learned that Richie views Danny as a father figure, which is just adorable. At least he makes up for the unwelcome baggage by being a sweet guy and having his brother's best interests at heart.

Minghella is an already established actor who comes from Academy Award-winning genes — and did I mention that he's British? Well, he is and he's also currently dating one of Hollywood's up-and-coming "It" girls. Let's just say, it's good to by him right now. So who's the actor playing Danny's previously cut-off younger brother? Here are 7 things you need to know about Max Minghella:

Not really a surprising fact, but if you don't recognize him from his many roles over the years, you probably recognize him on the arm of House of Cards and Fantastic 4 actress Kate Mara. Minghella and Mara have been dating off and on since 2010 when they met while Minghella was filming The Social Network with Kate's sister, Rooney. The pair also starred in the 2011 film 10 Years together.

George Clooney Was His Dad Once

In one of his earliest roles, Minghella played George Clooney's son in the 2005 political thriller, Syriana. The part was small, but there's nothing unimportant about playing Clooney's son, since we've been waiting (and praying) for actual Clooney offspring since the dawn of time.

He Got Himself On 'Mindy'

Back in May 2013, Minghella tweeted at Mindy Kaling about an episode of The Mindy Project and called it "a master class in romantic comedy." Obviously Kaling was thrilled and tweeted a thank you to the actor and in Nov. 2013, Minghella debuted as Danny's younger brother Richie Castellano.

Minghella is the son of British-born director Anthony Minghella, who won an Oscar for Best Director in 1996 for his work on The English Patient. One of Minghella's earliest roles, was an uncredited extra role in his father's 2003 film Cold Mountain , which won Renée Zelwegger and Academy Award for Best Actress in a Supporting Role.

He Was A Drop-Out

After seeing a production of the play The Is Our Youth, Minghella decided to drop out of school to pursue a career in acting. He then trained with the National Youth Theatre in London. Minghella later went back to school and attended Columbia University.

He's Had A Lot Of Famous Co-Stars

We already mentioned George Clooney earlier, but the big Hollywood names in Minghella's past don't stop there. His first proper acting role was alongside Richard Gere in 2005's Bee Season (which commercially flopped, but Minghella was critically revered for a strong performance. The young actor then went on to star in Art School Confidential with John Malkovich and Jim Broadbent in 2006 and Agora with Rachel Weisz in 2009. Other notable names include Vince Vaughn and Owen Wilson in The Internship, the ensemble cast of 10 Years which included both Channing Tatum and Jenna Dewan Tatum, Justin Long, and Chris Pratt. And last but not least, Ryan Gosling and Clooney again in The Ides of March. Oh, and everyone from The Social Network.

He Starred In A Killer Music Video

Literally. Six months ago Minghella starred in The Killers' music video for "Shot at the Night". The actor starred alongside Dark Shadows' Bella Heathcote, who played a young lonely Las Vegas housekeeper, as the guy who changes her life. The video was adorable and watching the pair traipse around Vegas made you nostalgic for all of those carefree moments in life. But really, how cool is Minghella for starring in a Killers' music video? SO COOL.