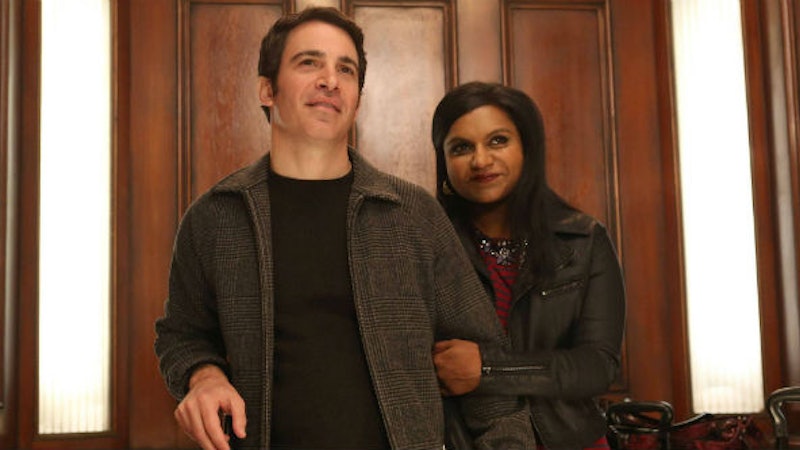 Having already seen the first new episode of FOX's The Mindy Project since Mindy and Danny's big moment after the world's worst hiatus, there's one thing we can say with certainty: fans of the Mindy Kaling-fronted series are going to have some feelings. And, if their rabid fanbase is any indication, those feels will be of the strong variety. Because as we saw in the last episode: ohmygodohmygod Mindy and Danny have KISSED, you guys. And it was sorta hot, and pretty great that the will-they won't-they back and forth has been put to rest. Turns out: they will! At least for now.

Which is why we're going to spread a bunch of lies — we prefer to call them hypothetical truths, lovingly crafted from a place of speculative fanlove — about what you can expect from those first few moments of the show's return in order to get you excited. (As if those sneaky photos weren't enough.) And, heck, one or two of them might even be real. But you'll have to tune into the series yourself to figure out the answer.

So what can you expect from the premiere episode of The Mindy Project? And what the heck happened after that damned kiss?! Read on and find out (maybe. Ish).

Which one's true? Which ones are lies? You'll have to tune in to find out.