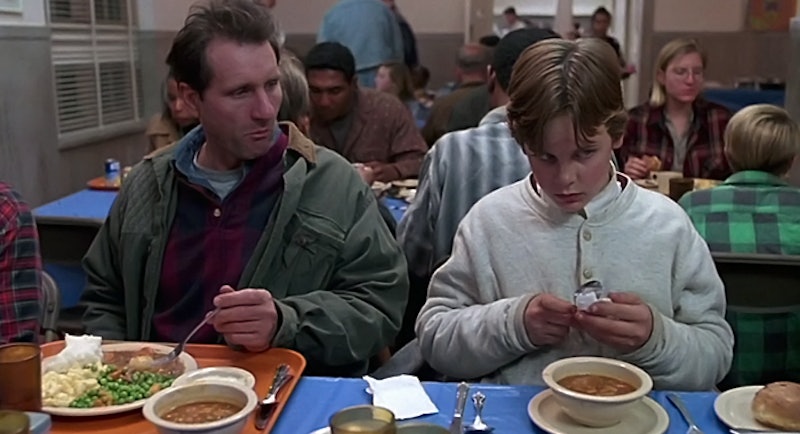 When it comes to holiday movies, Thanksgiving doesn't have a lot to brag about. It's just not really a movie-type of holiday. Most people prefer to watch parades, football, or Friends reruns after they've stuffed their faces with turkey and pie — or if they do want to watch a movie, they'll probably pop in a Christmas film. But there are some movies out there that focus on Turkey Day, and you can even find a few of these Thanksgiving movies on Netflix.

Now, movies that focus entirely on the holiday of Thanksgiving are exceedingly rare. More often you'll find some where Thanksgiving happens to be the overall setting (like the excellent Planes, Trains, and Automobiles ), and others where just one scene in the movie takes place on the holiday while the rest of the film deals with other subjects. In any case, I've scoured Netflix's library to find all the films that offer even a whiff of stuffing and sweet potatoes, just in case you feel like breaking with tradition this year and actually watching a movie that has to do with Thanksgiving. So take a look below at the following 8 movies on Netflix that have something to do with Thanksgiving.

John Hughes' second-best movie revolving around Thanksgiving is probably the most festive offering currently on Netflix.

I guess if you're into YouTube stars then this is something you'd want to watch? Maybe?

Remember when Pauly Shore was a big star? No? Am I dating myself?

If you didn't get your fill of horror movies during Halloween, this should do the trick.

It sure is violent, but at least it's about family.

Not a bad way to honor the late Garry Marshall.

There's just one Thanksgiving scene in this movie, but it will make the dysfunction of your own family dinner look tame by comparison.

Obviously, this is a Christmas movie, but it begins at the Macy's Thanksgiving Day Parade — one of the most treasured Thanksgiving traditions of them all.

They may not be as classic as some of the site's Christmas offerings, but if you're looking for something different to watch on Turkey Day, you could do a lot worse than some of these films.