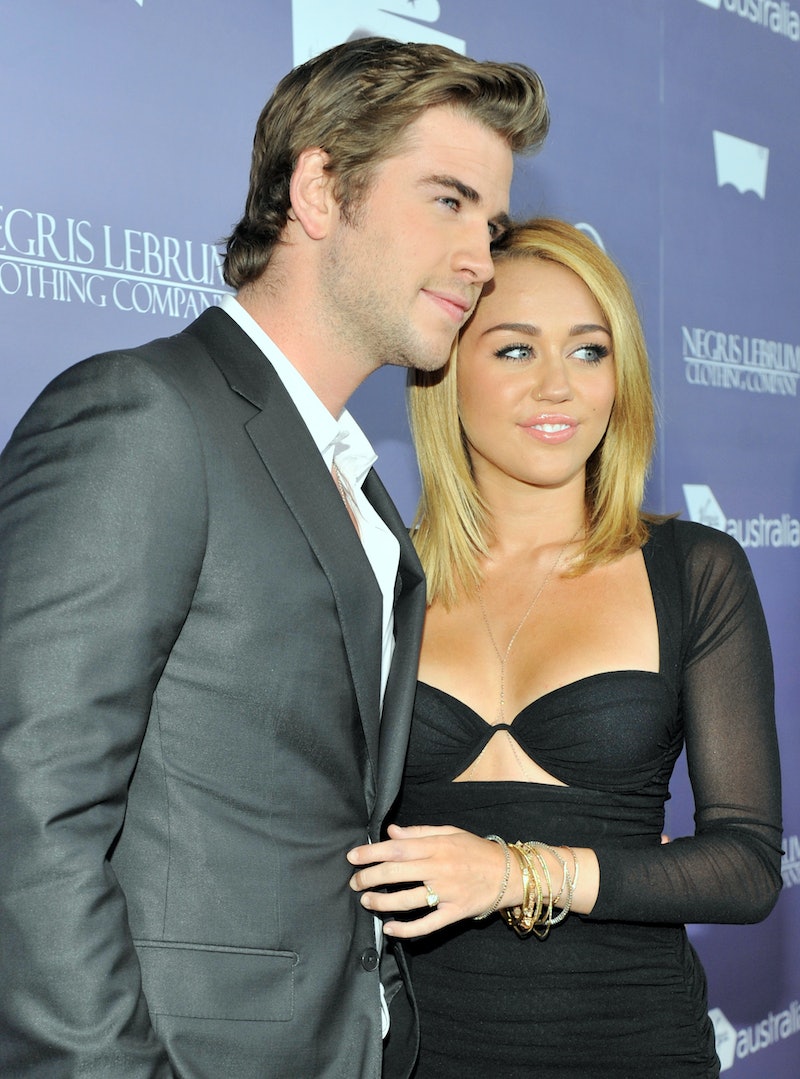 When I read that A-list couple Miley Cyrus and Liam Hemsworth were back together after breaking off their previous engagement, I was a bit doubtful. They were getting back together after Cyrus had already evolved into her current, outrageous persona and Hemsworth was still the clean-cut rising leading Hollywood man, so the pairing seemed really mismatched. But, they still found each other again, proving that opposites can attract more than anything. This time around, they've kept their relationship a bit more private, but they look to be more in love than ever. For instance, Hemsworth gave Cyrus a sweet birthday surprise, and it's pretty solid evidence that they're a match made in heaven.

Since they got back together earlier in this year, Cyrus and Hemsworth haven't really been too open on social media or in public, so it's natural that people would be curious as to how their relationship works. Well, it surely looks now like they want to let fans into their world at least a little bit, because they each posted photos of Cyrus' birthday surprise. From Cyrus' Twitter post, it looks like her boo surprised her in bed with vibrant flowers and smiley face balloons, which shows that he knows his girl very well:

Looks like Hemsworth kept Cyrus' Happy Hippie Foundation in mind with the smiley face balloons. An Instagram post showed off his next gift: a gold, rainbow ring. Her adorable caption reads, "You always know how to make my 'grubby little kid fingers' *SHINE*!!" Awww!

Cyrus doted on the customized packaging, and it looks like Hemsworth was also very proud of his gift, posting a photo of Cyrus holding it. It also definitely sounds like he did it all himself.

First things first, his caption is just so sweet. Second, I want you to take a minute to imagine brooding, beautiful, tall, and strapping Liam Hemsworth sitting at a table full of crafts and gluing together a felt unicorn and random gemstones onto his girlfriend's birthday box because he knew she would love it so much. Even if he didn't actually make it, this is the story I choose to believe, but either way, these two really get each other.

I also just love that they're a young Hollywood couple that don't "look" like they should be together, but that it's so obvious that the love is there. Sure, they look like polar opposites (at least style wise), but they accept and love each other. That's what matters above all.