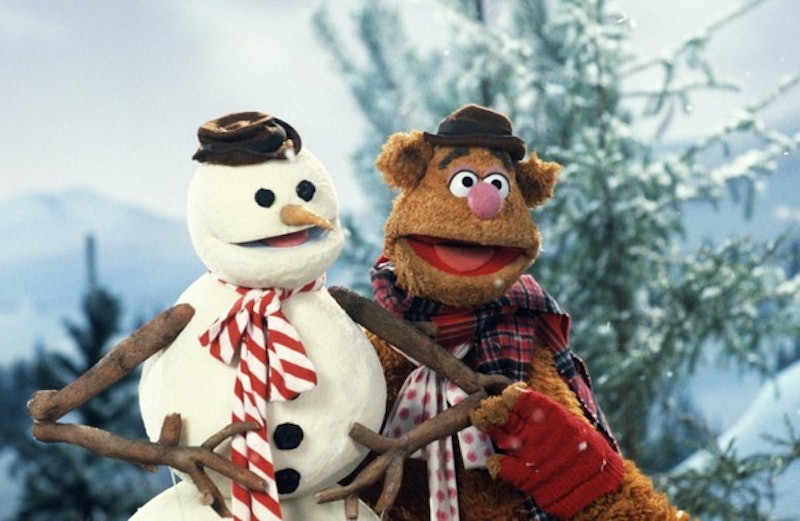 Everybody has their favorite Christmas movies to watch, and while some point to classic heartwarmers like It's a Wonderful Life and Miracle on 34th Street, many others prefer their holiday movies to be on the funny side. Films like National Lampoon's Christmas Vacation, A Christmas Story, Elf, and Home Alone all have their dedicated followings, but there's one Christmas comedy that gets no respect. I'm talking about A Muppet Family Christmas, the funniest Christmas movie you totally forgot about — or in some cases, probably haven't even heard of.

Now, I know what you're thinking: "Oh, sure I remember that movie! With Michael Caine, right?" Wrong! You're thinking of The Muppet Christmas Carol , a theatrically-released, big budget film produced by Disney that basically everyone has seen. A Muppet Family Christmas is a TV movie, originally broadcast on ABC in 1987, which has never had its full, unedited version released on video or DVD in the United States. I am luckily in possession of a beaten up VHS version of the movie that my parents recorded from a broadcast in the late '80s, and I still drag out my old VCR every year to watch it. Now, you're probably wondering what's so great about this movie that it would drive me to such madness.

The plot of the film goes like this: Fozzie Bear, as a surprise gift to his mother, decides to spend Christmas with her in her old country farm house — and he brings the rest of the Muppets along with him. Fozzie's mom, however, has booked herself a trip to Malibu for the holidays, and has already rented out her home to an older gentleman, Doc, and his dog, Sprocket. When Fozzie and his friends show up, his mom has to cancel her plans, and Doc and Sprocket now have their quiet holiday in the country ruined as well. You'd think that finding spots for all of these characters in the crowded house would be enough, but there are several other subplots that are packed into the 47 minute runtime.

Gonzo develops a rivalry with the Christmas Turkey, who is also the target of the Swedish Chef's dinner plans. Fozzie finds a perfect new comedy partner in a snowman. Kermit and Robin take a detour to Fraggle Rock. The entire gang from Sesame Street shows up. Miss Piggy has to find her way to the farm house from New York City at the last minute in the middle of a vicious snowstorm. And new friendships are formed between characters that don't normally interact (this is one of the very few Jim Henson productions that features characters from Fraggle Rock, Sesame Street, Muppet Babies, and the Muppets; plus Henson himself even shows up). And the whole thing ends with a nearly-ten minute medley of Christmas carols; featuring such obscure and underrated songs as "The Holly and the Ivy" and "Good King Wenceslas."

I think I've established that the movie has a lot going for it, and that's before even getting into the laughs — of which there are many. Most hardcore fans of the film will point to the running "icy patch" gag, where everyone who enters the farm house slips and falls, as a shining example of physical comedy. But there's also Swedish Chef's "Swedish" rendition of "The Christmas Song," Fozzie and the snowman's new Catskills-style comedy routine being thoroughly taken down by Statler and Waldorf, and the Sesame Street cast's hilarious reenactment of A Visit from St. Nicholas — of which Sam the Eagle does not approve.

Of course, there are lots more laughs to be had in the movie, which can easily be found in its entirety on YouTube, which make A Muppet Family Christmas not only the funniest Christmas movie you forgot about, but also one of the funniest and most entertaining Christmas movies period.