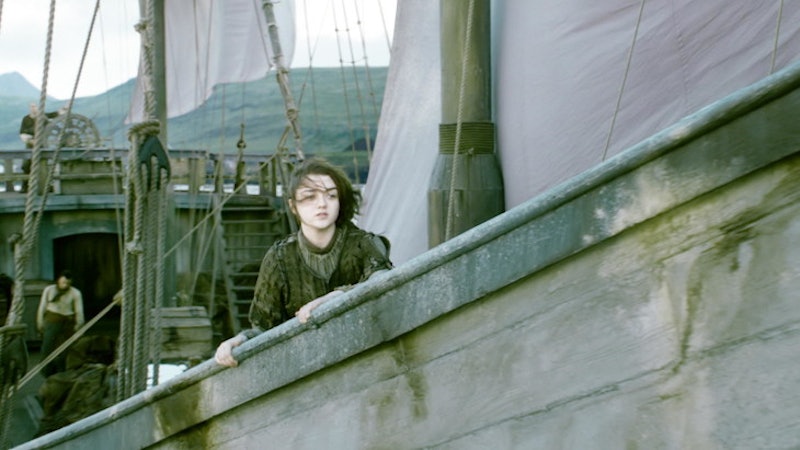 Winter has arrived for Game of Thrones fans and it is looking longer and colder than ever before. With Season 7 not slated to premiere until Summer 2017, the annual wait to return to Westeros is in full swing. This banishment from Westeros feels totally unnecessary, but if past seasons are any indication, the wait will be worth it. For now though, everyone is allowed to moan about how far away Game of Thrones Season 7 is, and some witty fans have even found humor in this, frankly, distressing situation.

Twitter is full of fans who feel your pain. They miss Jon, Arya, and Tyrion just as much as you do and they are not afraid to compose flawless tweets about their pain. I know it is hard to laugh when you are obsessing over what comes next for the Starks and daydreaming about Daenerys storming King's Landing with her dragons and Lady Olenna by her side, but trust me, these tweets are must read. They capture the torturous experience of counting down the days to more Game of Thrones with a mix of humor, desperation, and jokes even Grey Worm would appreciate.

Hey, no one can make Game of Thrones Season 7 debut any faster, but at least these tweets prove you are in good company as you count down the days until you can see Jon's luscious locks blowing in the icy Westeros breeze again.

1. Only Cookie Monster Can Truly Express How You Feel

The couple that waits for Game of Thrones together, stays together.

2. When You Are OK With An Apocalypse Scenario Along As It Doesn't Interfere With Season 7

Look, Stephen Hawking, I admire and respect you, but the world cannot end before Daenerys claims the Iron Throne.

3. This Person Is OK With Begging

HBO, you just don't understand how difficult you are making everyone's lives during these breaks between seasons.

4. When Your Friends Understand Your Priorities

Game of Thrones is life, and only true friends understand that is a true statement.

5. The Meme That Says It All

Is it summer yet?

6. Because Sometimes DIY Is The Only Distraction That Works

Hey, as long as you are waiting to see who will sit on the Iron Throne, you might as well make your own.

7. When The Struggle Is Way Too Real

What are you supposed to do with yourself until June? Get invested in other TV shows? Like that's ever going to happen.

8. When Real Life Gets Between You And Game Of Thrones

Come on, Ireland, you could have had an early winter this year.

Longer wait, shorter season. I don't like it in the Upside Down.

10. You Only Get Angry Because You Love It So Much

At least the Stitch gif is consoling.

11. When Only The Cast Of Thrones Understand Your Pain

Look at those sad faces.

Being a Game of Thrones fan is so hard sometimes.

13. An Accurate Representation Of What You Are Doing Right Now

14. This Meme That May Be Too Soon

You were too precious for this world, Tommen.

If only life was this generous.

16. When You Have All The Feels

Hopefully, Melisandre is up for a few more resurrections.

17. And Finally, This Way Too Real Depiction Of Your Current State Of Being

What is a Negan?

Hang in there, guys. Game of Thrones will be back June 2017. Until then, know everyone else is waiting anxiously to see what happens next too.