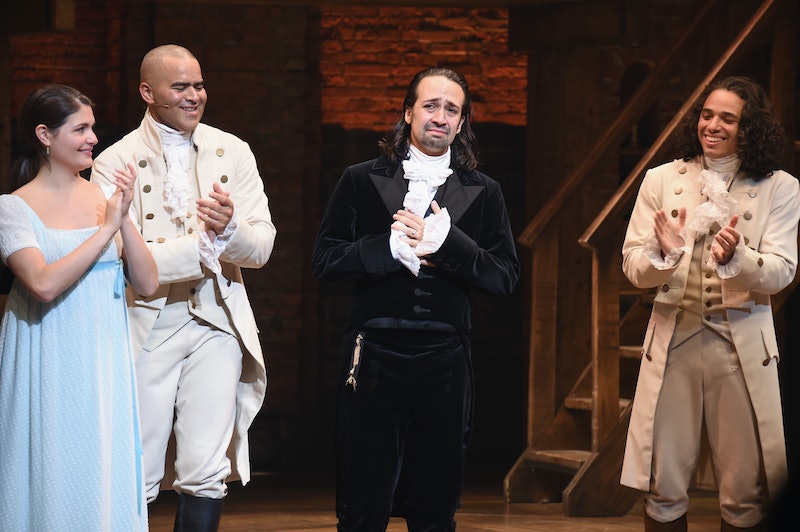 In what can only be described as a gift from on high, "Helpless" is the latest Hamilton Mixtape track to drop and it is the only duet off the eagerly awaited album that can keep the sweet post-Thanksgiving vibes going. It features Ashanti and Ja Rule, reunited and delivering the kind of music that has endeared them to fans over the years. Thanks to the sweet matchmaking efforts of Hamilton Mixtape creator Lin-Manuel Miranda, it feels like the '00s all over again. So, where can you listen to "Helpless"? You don't want to waste any time tracking it down.

Luckily, "Helpless" is currently streaming on Spotify and a few versions have popped up on Youtube. The latter may be a bit tricky because those versions risk getting taken down as quickly as they get put up but hey, why not give it the old college try? There's one video posted on the Ja Rule New York channel on Youtube which has the best quality. I highly recommend it.

"Helpless" is ideal duet material for an Ashanti and Ja Rule. In the song, Ashanti takes on the role of Elizabeth Schuyler, where she talks about spotting Hamilton from across a crowded ballroom and is instantly crushing on him. Ja Rule's gravelly voice chimes in as Hamilton, who professes his undying love for Elizabeth. At one point, he references Ashanti and it's such a beautiful meta moment that it makes "Helpless" all the better. "Helpless" moves outside of it's context in Hamilton and takes on an additional, special layer because we, the listeners, can lay the value of Ashanti and Ja Rule's real-life reunion onto the song. It's just perfect.

Admit it: It's impossible to resist the siren call of an Ashanti and Ja Rule reunion. The two were infamously united in musical harmony more than a decade ago, dominating the charts with songs like "Always On Time" and "Mesmerize." Listening to their voices unite once again — and on an amazing project nonetheless — is like boarding an instant time machine that is totally worth the ride. The best part is that if you love "Helpless" as much as I do, then you can purchase it on iTunes right now (seriously, you should buy it).

If you're absolutely dying to listen to "Helpless" and can't wait any longer, then pop on the track (below) and sail into nostalgia land, courtesy of The Hamilton Mixtape.