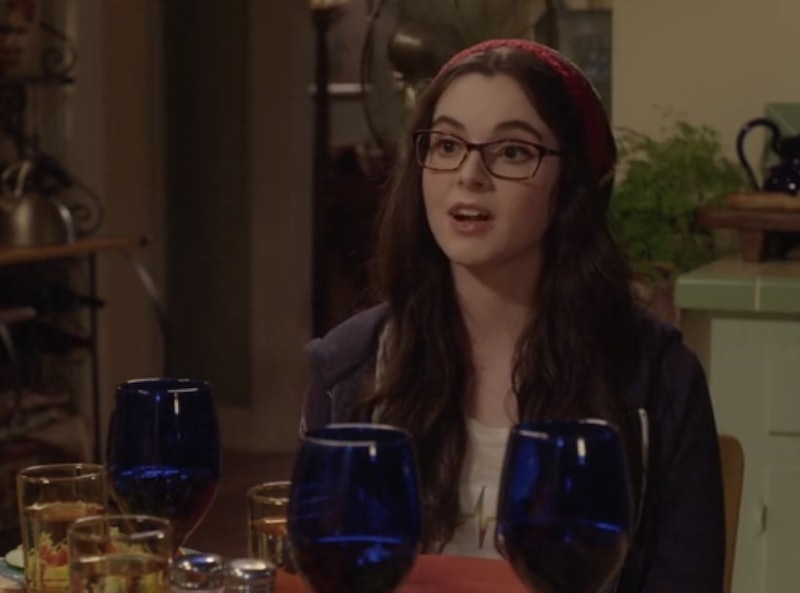 There are few subjects more contentious for Gilmore Girls fans than that of Luke's surprise daughter April Nardini. Introduced in Season 6, April's arrival coincided with the dissolution of Luke and Lorelai's relationship. The moment Luke decided to keep April's existence from Lorelai a secret, their relationship was doomed, and despite April being a quirky tween with no desire to break apart the fandom's favorite couple, she was blamed for their separation. Happily, though, after years of April hate, the Gilmore Girls revival gave April some redemption by making her hilariously, wonderfully human as yet another revival character who had no idea where her life was going.

The Gilmore women each found themselves searching for meaning in their lives in the Gilmore Girls revival, and even though she only appeared briefly in "Summer," April felt like an honorary Gilmore. Gone were the days when April was a precocious kid doing her own DNA tests while being used as the narrative equivalent of a human roadblock on the road to Luke and Lorelai's happiness. Now, April was fresh out of M.I.T. and pretending to have strong feelings about pot legalization while secretly freaking out over what her future held. Sitting at the Gilmore table with Lorelai, Rory, and Luke, April played the role of the too-smart-for-her-own-good college student. She talked about chatting with Noam Chomsky and sported a nose ring which she defended to Luke, saying, "Read the constitution, I'm 22, I get to adorn my body as I see fit."

Unfortunately for April, her entire persona was carefully crafted. One minute in Rory's room and her entire facade crumbled. April was terrified, lost, and not entirely sure where she fit in the world. Much like Rory, Lorelai, and Emily, she was a woman adrift. She just happened to be young enough that her searching for her place in the world was far more typical than she realized.

April's inclusion in "Summer" felt completely natural. There was nothing forced about her presence, nor did her appearance bring with it any unnecessary tension. Sure, Luke and Lorelai snapped at each other a bit over Luke paying for April's summer excursion to Germany, but overall, April finally felt like part of the extended Gilmore brood. Chances are if you weren't a fan of April's inability to understand humor or her science-obsessed ways, the character still annoyed you, but even the most ardent April hater had to feel for her when she had a full blown panic attack in Lorelai's room.

The revival allowed April to be a typical 22-year-old with no solid life plan and a deep fear she too would fall prey to the economic struggles that have led so many millennials to return home. This version of April, who came with no emotional baggage for Luke and Lorelai, was just young woman visiting her family the summer before grad school and hoping no one would notice she wasn't quite as grown up as she pretended to be. It was a long time coming, but Gilmore Girls finally found a place for April Nardani, and that place was at the Gilmore table alongside the equally bright, fast-talking, but completely lost Gilmore women who take up the other half of Luke's heart.