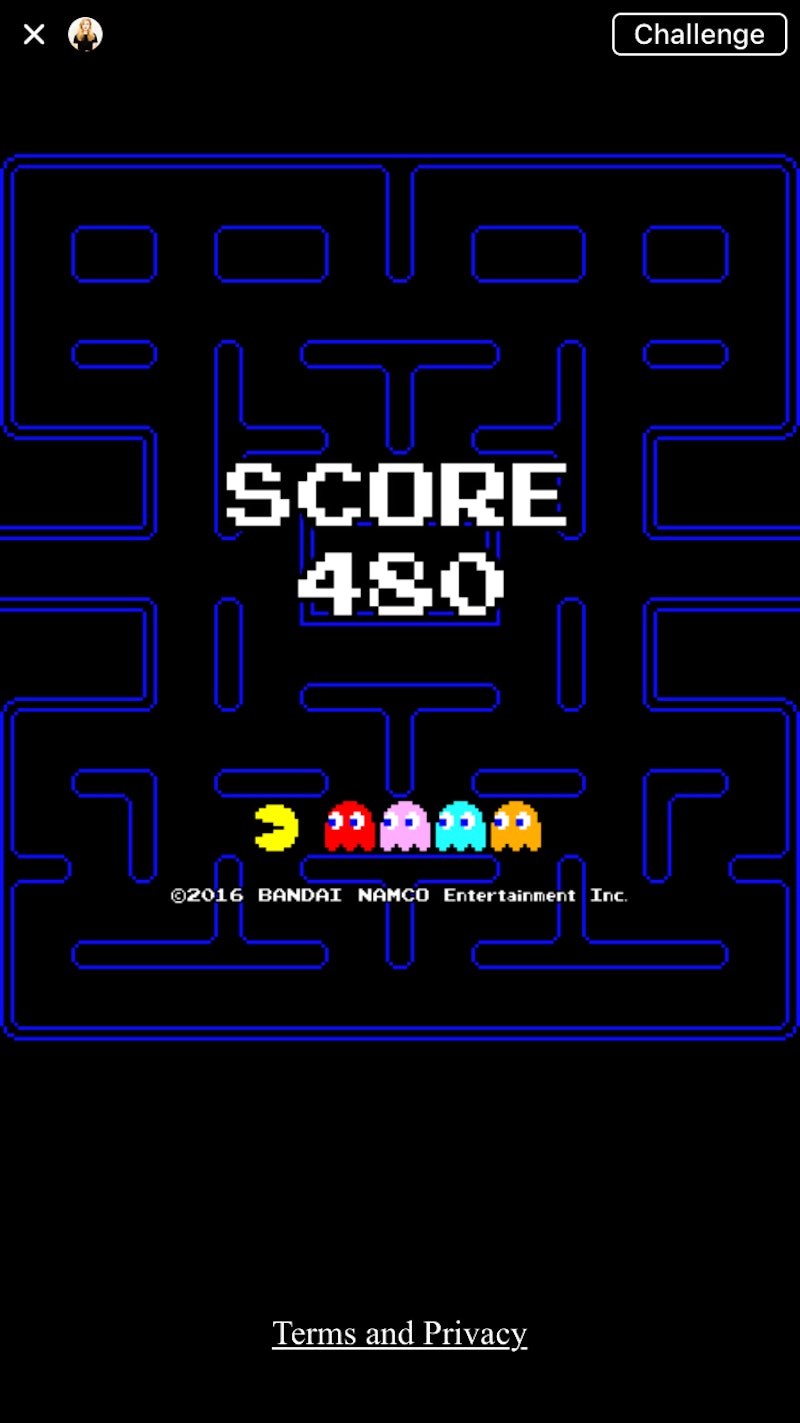 Over the last few months, when regarding Facebook, you've probably been most concerned with how to secretly unfollow your politically oppositional family without hurting anyone's feelings or causing and holiday drama. But after today, you're going to want to be figuring out what games you can play on Facebook Messenger, because that's its new feature and it's flipping awesome. Yes, now Facebook has tapped into an entirely new dimension: it's now game central and it's so much easier to use than your opposed-to-change self would think. I promise.

If you already use Facebook Messenger all day to not-so-secretly talk to your friends while you're at work, you've got a world of fun ahead of you. Messenger created this awesome new feature that allows friends to play games within their chat box. So you don't have to 'x' out of anything, or download anything, or make room for anything else on your phone. Yes, you can keep all of your dating apps, and all 2,000 pictures of your dog — this new feature does not jeopardize your storage, it exists solely within the Facebook app.

All you need is the latest version of the app and a friend or friends to play with. The game opens up within the dimensions of the conversation box and you can continue to play and chat there. So far there are already 17 games out in 30 countries. The official game list includes: Pac-Man, Galaga, Arkanoid, Space Invaders, Track & Field 100M, Shuffle Cats Mini, Words with Friends: Frenzy, Hex, Everwing, Endless Lake, Templar 2048, The Tribez: Puzzle Rush, 2020 Connect, Puzzle Bobble, ZooKeeper, Brick Pop, and Wordalot Express.

The new feature is super easy to navigate and a great way to keep the conversation going even if you've run out of things to say. Here's how to get started on your soon-to-be favorite new distraction if you have't downloaded already:

Make sure that you've recently updated the app — if you haven't you'll want to go to the app store and hit that update button next to the app. Once you're settled there, you'll boot it up and choose a friend in your list of online friends to play with.

Just below the area where you type your message, you'll notice a game controller icon, tap that!

Yes, seriously, it's that easy. Just pick a game you want to play and get going. Go for an old school arcade game or get in on a newer trendy one.

After you finish a round, your friend will see your score and will have the opportunity to challenge you back. Play as long or as little as you want. Also know that you can invite multiple people into the chat and game, so feel free to get a game squad going.