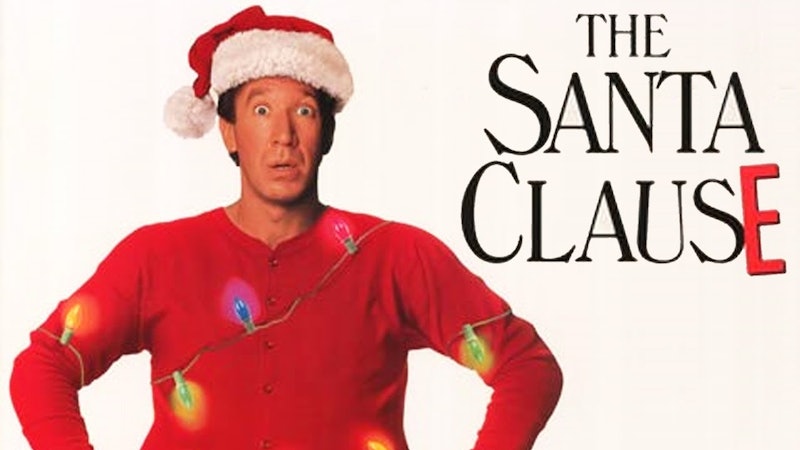 The innocence of childhood starts wearing off when you enter those teenage years, and by the time you're in your 20s, your sense of naivety is likely a thing of the past — especially when it comes to your favorite childhood movies. As adults, we tend to have a different perspective of those kinds of movies than we did when we were growing up. Everything I watched as a kid, I start to question now — especially, as discussed below, the Home Alone series. Those films and more are the kind of Christmas movies that still bring back feelings of nostalgia when we view them as adults, but will never be seen the same because they just no longer make any sort of sense.

So many things in these movies that seemed magical or cool when we were kids now make no kind of sense, and if you think about it, often contain events that'd be pretty illegal if they occurred today. For instance, Illinois' state law requires children to be at least 14 years of age to stay at home by themselves, so realistically, the McCallister family from the Home Alone series would've been in real big trouble with child protective services, since the movie is based in Chicago.

Now, with the knowledge that comes with adulthood and the benefit of Google searches, here are some of the many classic kids' Christmas movies that are viewed totally differently by our adult minds.

Watching these films as a child had me thinking I could conquer adulthood with witty comments and sneakiness. But when I watch the movies now, I'm left thinking, "What kind of crazy child is this??" All of Kevin's traps in the original Home Alone were so awesome when I viewed them as a kid — I mean, come on, who would think to have a genius fire set up to burn a robber's head? But as an adult, you realize that if this kid is smart enough to buy his own groceries, set deadly traps, and tend to his personal needs, why didn't he ever think to call the police?! Kevin heated up the knob on the front door of his house so that it could burn a dude's hand severely, but he couldn't ever get his butt to the police station?

As a kid, watching Gremlins on channels like UPN was a common pasttime. Yet while back then, the movie just made me want to buy a Ferbie, there's one part of the film that has me saying "hmm" as an adult. Why was Kate (Phoebe Cates) a young teenage girl working as a night shift bartender? Is that even legal? I feel like there are a lot of things going on with poor Kate's life that go unexplained.

We all can relate to the feeling of being a kid dying to get a certain gift over the holidays. You think about it all year, give loud but subtle hints to your parents that you want it, and hope desperately that they actually give that present to you. That's what A Christmas Story really is about... well, that's what I took away from it as a child. Back then, I actually thought it was pretty cool when all the kids went outside to lick the pole. I even wanted to try it, but was afraid to do so because I knew my mom was watching my every step. But the thought of my adult supervision has me thinking about the teachers in the movie. Where was the adult supervision when these kids thought it was cool to lick the pole outside and experiment with spit-freeze? In elementary school, all of my teachers watched over us like hawks, so I don't understand how these kids were able to do this.

Why is there always a person trying to ruin Christmas in this movie? It's either replacing Santa Claus or shutting down gift-giving as a whole. Seeing the elves working overtime to get gifts out leaves me thinking: what are the elves' work positions and conditions? Are they full-time with benefits? Can they ever quit,and how much do they get paid? I hope they at least get to have a lunch break.

5. How The Grinch Stole Christmas

Dr. Seuss' How the Grinch Stole Christmas came out when I was in the 6th grade. Even then, I was a little scared of the Grinch. He was ugly, hairy, mean, and snot green. So, I definitely did not want him showing up in my dreams, nor did I want to be like him at all. But, as I've gotten older I've realized that we all act like the Grinch sometimes when it comes to social events. We all have times where we would just prefer to have no social interactions, and everyone has some issues with showing their emotions in the "right" way.

Watching Christmas movies as adults will never be the same as watching them as kids. However, we still get to feel the nostalgia of having our childhood memories associated with these movies, and honestly thats what it's all about.

More like this
22 Movies On Netflix That Are Perfect For The Whole Family
By Bustle Editors
At 28, Lesley Manville Was Acting, Picketing, & Singing Kate Bush Songs
By Olivia-Anne Cleary
Reese Witherspoon Gave Fans Hope For 'Legally Blonde 3' After This Surprising Movie Inspired Her
By Jake Viswanath
Watch The Teaser For Amazon's Adaption Of The 1992 Film 'A League Of Their Own'
By Sabienna Bowman
Get Even More From Bustle — Sign Up For The Newsletter