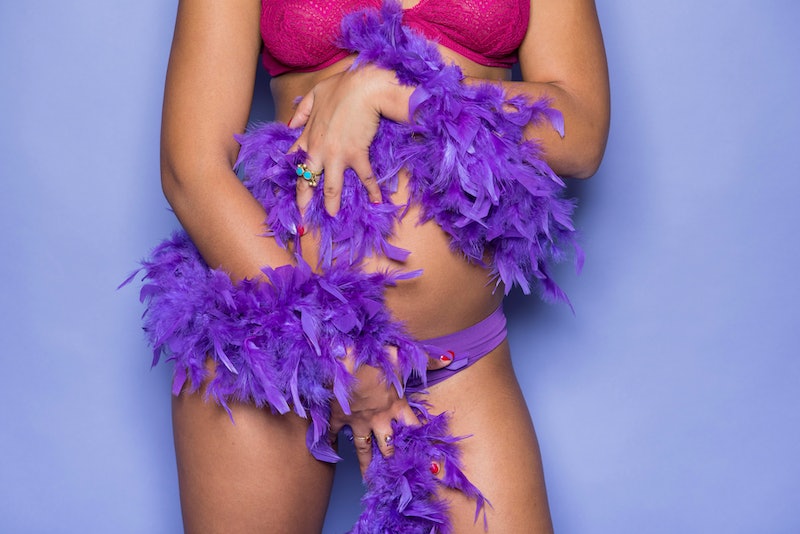 When you think about sexual fetishes, what are the first things that come to mind? I personally think of foot fetishes, or maybe sadomasochism. But there are many more unusual sexual fetishes out there.

The Merriam-Webster dictionary defines a fetish as "an object or bodily part whose real or fantasied presence is psychologically necessary for sexual gratification and that is an object of fixation to the extent that it may interfere with complete sexual expression." However, the word can also be used to describe a strong sexual interest someone has, whether it interferes with their sex life or not. It doesn't have to, and it doesn't have to be a problem.

If something you read here turns you on, don't worry! We all get turned on in ways we can't explain. In fact, one study in the Journal of Sex Research found that one in six people has a sexual fetish. As long as nobody's getting hurt, there's nothing to worry about. It still can be fun and interesting, though, to learn about what sexual fetishes are out there.

Yup, that's what it sounds like. There's a fetish for sitting on cakes. According to the Urban Dictionary, the fetish is sometimes specifically for birthday cakes. There's also a related fetish known as cake-farting, wherein people literally fart into a cake.

You might've pretended to be animals with your friends when you were little, and some adults do it, too. "Pony play" is pretty much exactly what it sounds like: One person dresses up like a horse, and another might lead them around or ride them.

These are people who get turned on by balloons, sometimes especially by popping them. There is something symbolic about their gradual growth and deflation.

Macrophilia, an attraction to giants, sounds pretty disappointing to have, since there aren't many out there to fulfill it. Fortunately, there are videos using special effects to create the illusion of giant sex, and some are hoping virtual reality could one day make it more real.

Well, this gives "tree hugger" a whole new meaning — except it's more like "tree humper" in this case. People with this fetish are attracted to trees.

These people get really sucked in (no pun intended) to those movie scenes where people are swallowed up by the ground.

Those with these fetish get turned on by acting like babies. Some even have a fetish for wearing diapers, while some may want to be bottle-fed or otherwise taken care of.

Some people will literally wrap each other up like mummies, often as a form of bondage. This one may win the award for the fetish requiring the most effort.

Whether your sexual fetish is a common one or a more unusual one, as long as no one's getting hurt, and everyone is a consenting adult, there's nothing to be embarassed about.

More like this
The 19 Best Tweets & Memes About Bisexual Awareness Week
By Lexi Inks
Are Quality Time & Gift-Receiving Love Languages Compatible?
By Lexi Inks
Breeding Kinks Have Been On The Rise Since Roe V. Wade Got Overturned
By Lexi Inks
6 Dating App Tips To Try If You're Looking For A Serious Relationship
By Lexi Inks
Get Even More From Bustle — Sign Up For The Newsletter