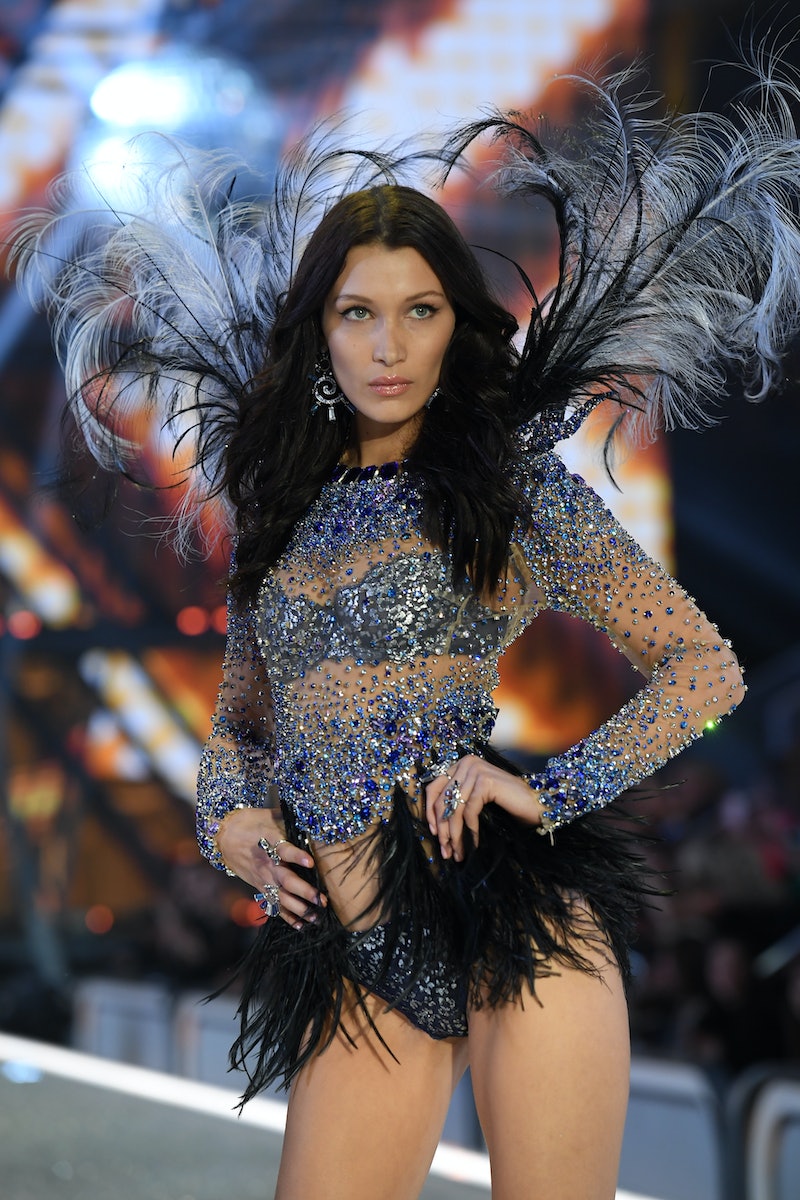 While filming the Victoria's Secret Fashion Show in Paris on Wednesday, rumored exes Bella Hadid and The Weeknd shared quite a moment on the runway when Hadid passed the singer while he was performing "Starboy." The Weeknd couldn't take his eyes off Hadid as she strutted by, giving him what some might describe as a "death glare" (assuming they actually broke up) or a look of love and longing (assuming they're still together, which I am convinced they are).

The timing of their "breakup" is a little suspicious, considering it conveniently happened right before The Weeknd released his fourth album Starboy and right before Hadid made her Victoria's Secret Fashion Show debut. Also, the fact that Hadid was looking at a pic of her and Abel (The Weeknd's real name is Abel Tesfaye) kissing while en route to Paris makes me think they are still a couple. Sure, people look at pics of their exes after they break up, but I'm not convinced.

So naturally, fans took to Twitter to express their feelings.

It also left a lot of people confused.

And some wishful thinking (if they truly did breakup).

Then there was some romantic reminiscing.

I feel like we're all going through the five stages of grief.

They have to be together. Otherwise I can no longer believe in true love. RIP.

You can see the moment for yourself on Dec. 5 when the Victoria's Secret Fashion Show airs on CBS at 10 p.m. ET.