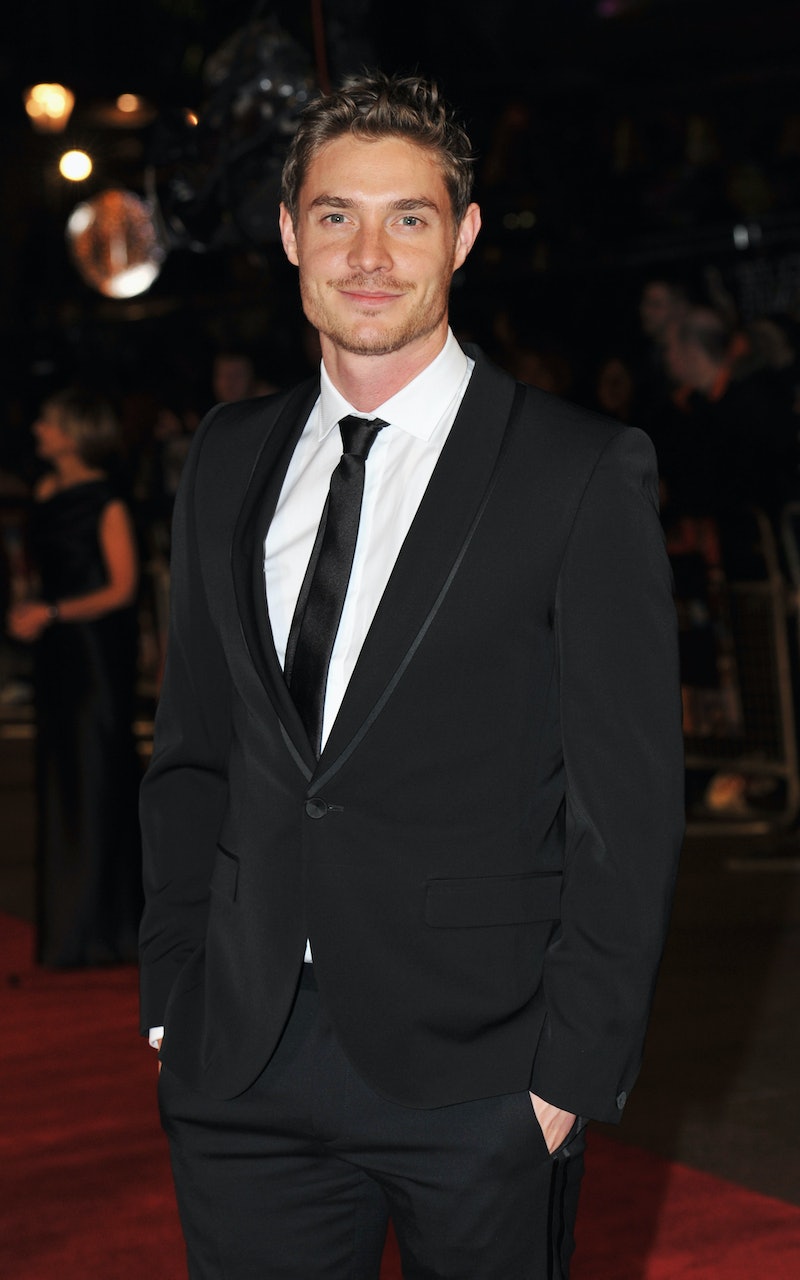 The very first episode of The Royals revolved around the fact that the older brother of twins Liam and Eleanor — and heir to the British throne — Robert had died. However, in the Season 2 finale, The Royals revealed that Prince Robert was most likely alive. As British actor Max Brown was cast to portray Robert for Season 3 in June, it's official that Robert isn't dead. It's also pretty official that he'll be a major player when Season 3 of The Royals premieres on Dec. 4. So what is there to know about the actor playing Robert before his character heads to the palace and makes a splash?

If Brown's IMDb page is to be believed (and IMDb pages shouldn't always be), Robert will appear in seven of the 10 episodes in Season 3. That means this heir should be a regular character for Season 3 and possibly for seasons of The Royals to come. That's a good thing since Brown has a decent amount of experience portraying either main or recurring characters on TV shows. He has been in plenty of British TV series that American audiences may be unfamiliar with — like the soap operas Hollyoaks and Crossroads, the long-running school drama Grange Hill (sounds kind of like Canada's Degrassi to me), and Mistresses, which the American show of the same name was based on. So he's more than prepared to have a large role in The Royals Season 3.

Yet, you may still know who Brown is even if you live on the other side of the Atlantic, thanks to him being on some TV shows that made it to America. If you know you've seen Brown's face before, but can't place him, check out these other shows you may recognize him from.

On the Showtime series starring Jonathan Rhys Meyers, Brown portrayed Edward Seymour, the older brother to Henry VIII's third wife, Jane Seymour. Even after his sister died (my apologies for the historical spoiler), the ambitious Edward managed to stick around.

Brown portrayed main character medical examiner Dr. Evan Marks on The CW series Beauty and the Beast and harbored an unrequited love for the Beauty — Catherine. His character was only in Season 1, but Brown did end up returning for one more episode during the fourth and final season in 2016.

He was in just one episode during Season 2 of Sleepy Hollow, but as the angel Orion who wanted to destroy humanity — and characters Abbie and Ichabod — he certainly made an impression.

You, Me, and the Apocalypse

The British-American series featured some big stars like Rob Lowe, Jenna Fischer, Megan Mullally, and Diana Rigg, but it only lasted one season. Brown showed up in a couple of episodes alongside Rigg as the dreamy Dr. Samuel.

In the second and final season of Agent Carter, Brown portrayed Peggy's brother Michael for two episodes in flashbacks. He was the person who inspired her to become the badass she was, so even though it was a small role, he had big impact.

So as shocked as Helena, Cyrus, Eleanor, and Liam may be to see Robert's face in Season 3 of The Royals, you'll be fully prepared knowing that you've seen his mug before in one of his many TV roles.