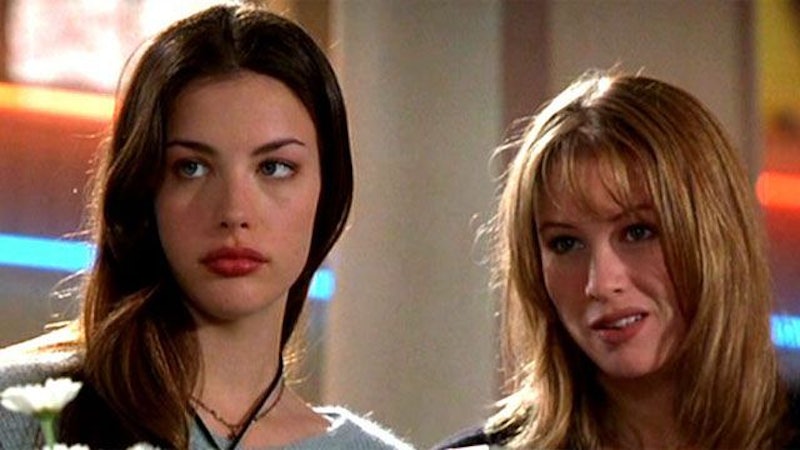 You loved the '90s, but did you know the '90s were even better than you remember them being? That's right, the era you already regard with a passionate nostalgia is even better than what you remember in your wildest dreams. It was the era of floral dresses, Elaine Benes, and Britney Spears' midriff. It was a time so good we're constantly trying to emulate the style now, and always writing lists about why it was so good. But none of that does the '90s justice, because the '90s was the greatest decade ever.

Maybe you forgot the joy of bouncing around the room to "Just A Girl". Or having slumber parties where all you did was seances to summon the spirit of Kurt Cobain. Really think about the things you remember from the '90s because chances are, you're remembering them well, but not as mind-blowingly awesome as they actually were. If you've found yourself losing arguments as to the value of the '90s, don't worry, I'm here to rescue you, and jog your memory a little bit. Because yes, Winona Ryder was actually way cooler than your tiny brain remembers. Maybe it's because if you were constantly aware of how great the '90s actually were, that same tiny brain would explode. Here are 11 reasons the '90s were even better than you remember.

1. Because We Had Peak Leonardo DiCaprio

Those bangs that fell into his baby blues. Jack. Romeo. We talk like we had Leonardo DiCaprio in the '90s, but really we had Peak Leo. The best Leo ever. That's a totally different thing than just simple Leo, or Leo now.

2. Because Wearing Matching Outfits With Your Friends Was Cool

You know what's better than individuality? It being cool to coordinate outfits with your pals. Thanks '90s Destiny's Child.

3. Because Talking On The Phone For Hours Was A Super Fun Way To Pass Time And Also Very Romantic

Deciphering text messages and social media is tiring. In the '90s you'd talk for hours to friends and crushes and boyfriends/girlfriends on the phone and the feeling was phenomenal. You've probably forgotten it entirely because every time your phone rings now you scream in terror and throw it out the window, because talking on the phone seems so weird.

4. Because You Still Believed Seances Were Real

We laugh at all the seances we did in the '90s, but really, at the time, the magic of believing was really something special.

5. Because You Didn't Spend Your Time Stalking People Online

Think about how much free time you had in the '90s, and how much less anxiety you had when you couldn't stalk people online. It was great.

The smile. The flowers in her hair. The dark lipliner. Boys On The Side. Scream. Never Been Kissed. Drew.

7. Because R&B And Hip Hop Were Having Their "Moment"

If you grew up with r&b and hip hop in the '90s you probably wonder what the hell is going on right now (mostly). It was the glory days of some of the best genres of music, and we really under appreciate that sometimes.

8. Because Not Everything Was About The Kardashians

Do you remember a time before Kardashian saturation? It was a simpler, sweeter time, that's for sure.

9. Because Friends Was Still On Air

We still appreciate Friends. We're kind of still obsessed with it. But remember a time when you'd wait patiently every week for a new, never seen before episode? Remember how sweet that was? The suspense, the will-they-won't-they (when you really didn't know if they would!), the joy you felt for half an hour every week when everything was so fresh and unknown? Before you binge watched every episode for the eleventy billionth time, it was like opening a present every time you saw an episode.

10. Because We Got The Best Disney Movies Ever

I don't care what anyone says, the best Disney cartoons came out in the '90s. Aladdin, Beauty & the Beast and The Lion King: those are the top three Disney cartoons ever (completely objectively decided by me, and irrefutable based on what I say).

11. Because Donald Trump Was Still Just Some Rich Jerk Who Sometimes Went On Wrestle Mania

We under appreciate any era in which the words "President-elect Donald Trump" weren't just a poor taste joke.