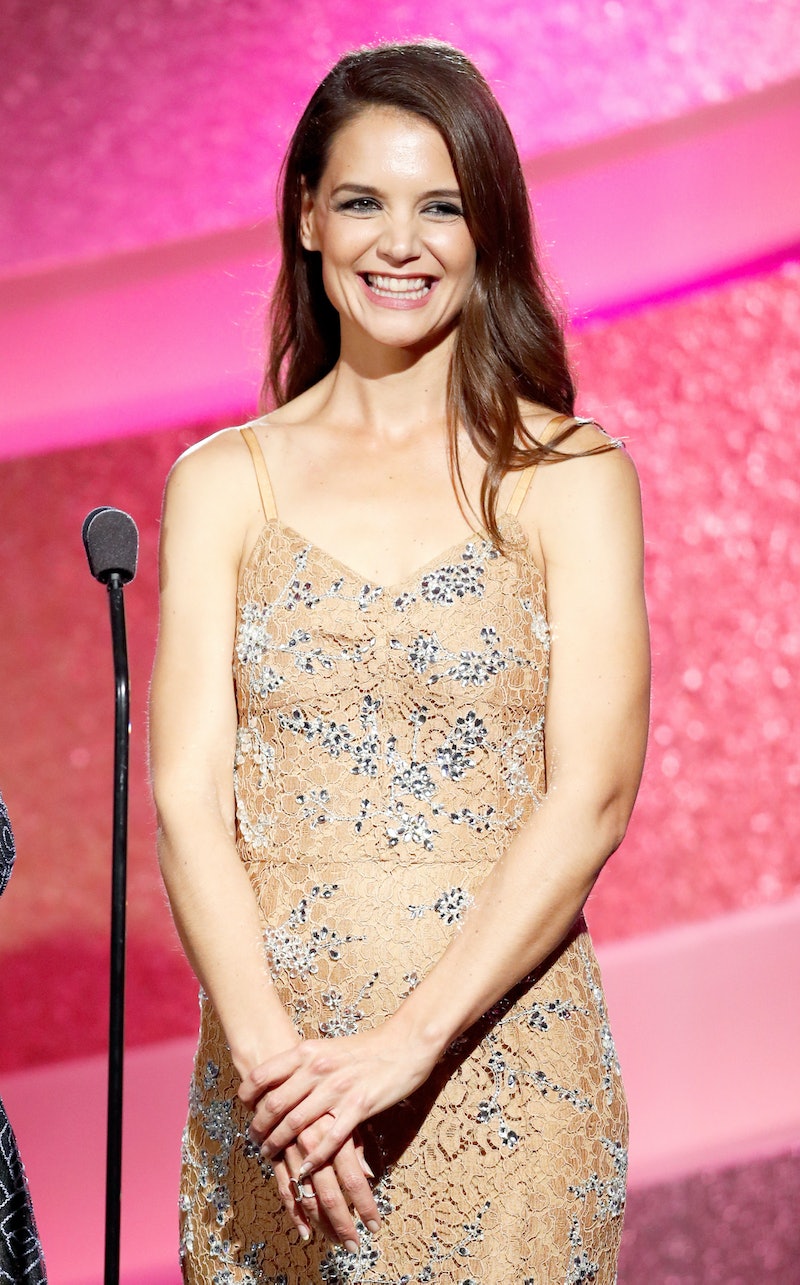 As a lifelong Dawson's Creek fan, I've avidly followed Katie Holmes' career, which has been moving from strength to strength in recent years. The actor has been taking more and more risks since she played Joey Potter, and the next phase of her career promises to be even more exciting. Holmes' upcoming directorial debut All We Had , in which she also stars, looks like an incredibly accomplished film. Set during the 2008 financial crisis, Holmes plays a single mother who's forced to move to a small town following the crash. So why did the actor decide to move behind the camera? Holmes is directing movies for an empowering reason.

In a Dec. 2 interview with The New York Times, Holmes said, "I feel comfortable with telling female relationship stories because I’ve been surrounded by so many women my whole life." With three older sisters and a 10-year-old daughter, the actor has a lot of inspiration to draw upon when telling stories about women. It's exciting to hear that the Batman Begins star is so keen to direct stories about women, for women, and starring women. And as she also plays the lead in All We Had, Holmes is proving to be an impressive multi-tasker when it comes to making movies.

In particular, it was reading the novel of All We Had that inspired Holmes to direct the move adaptation. She told NYT,

"Annie Weatherwax’s book really struck a chord in me. I liked that it was a mother-daughter story but that the relationship was unconventional in that it’s more like sisters, and they’re two survivors on the road. It had a quality of hope and healing that I really responded to — about people who falter but are resilient."

It's no surprise that Holmes connects with stories that empower women, and also wants to tell stories in honest and positive ways, however serious the subject matter. As Dawson's Creek's Joey Potter, she inspired a generation of women to speak up for themselves and follow their artistic dreams, even in the face of financial and familial hardship. In Touched With Fire , Holmes played a bipolar poet who fell in love with a fellow poet while in hospital. And she'll soon be reprising her role as Jackie Kennedy in the mini series The Kennedys: After Camelot. Clearly, the actor is comfortable playing strong female characters, so it makes sense that she'd want to start directing movies that feature them too.

Perhaps the most important part of the interview is Holmes' response when asked about the dedication to her daughter Suri at the end of the movie. Holmes told the Times, "It was my first film, and I want her to always know that she’s the inspiration behind everything, and so hopefully it means something as she gets older. Just to let her know how important she is." The actor's dedication to her family, and her daughter in particular, is helping to shape her work as an actor and director, and that's inspiring to hear.

All We Had will be released on Dec. 9, and it'll be exciting to see what Joey Potter does next.