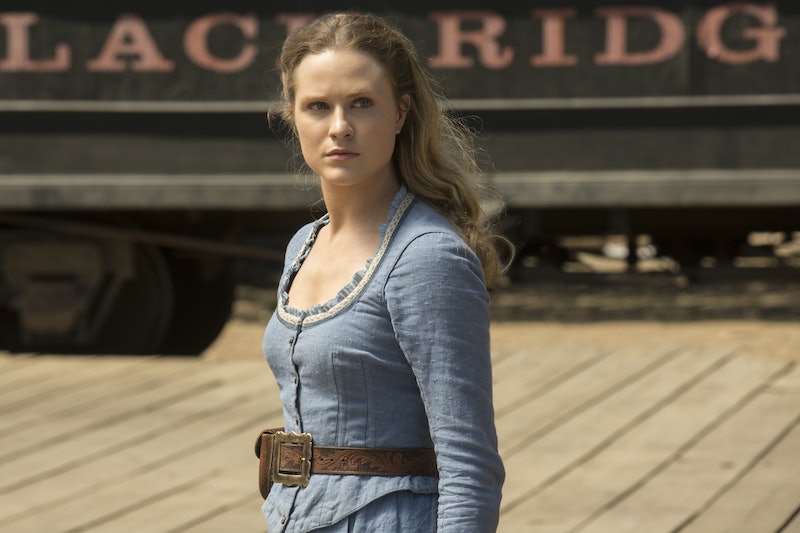 Dolores said she killed Arnold, but as hosts can't kill humans, it was understandable to doubt whether or not it was true. However, the Season 1 finale of Westworld showed that not only did she kill Arnold, but Dolores killed all of the hosts in Westworld 35 years ago. While Teddy and the Man in Black have been searching for Wyatt, they had it all wrong, because Wyatt is actually Dolores — or really, Dolores is Wyatt on Westworld. Wyatt is not a real host and the Wyatt narrative that Ford had implanted in Teddy was actually a memory of the real event that occured between Dolores, Teddy, and Arnold before the park even opened.

Teddy claimed that Wyatt went missing and came back with strange ideas, saying that he could speak to God. Well, as Dolores was in direct communication with her maker Arnold, who was trying to make her actually speak to herself (as in, hear her own voice in her head), she was speaking to God in some ways. And Arnold ordered her to kill all of the hosts, with the help of Teddy, so that Ford could not open the park since he felt the hosts were alive and he wanted them to achieve conciousness. Arnold also ordered her to kill him, then Teddy, and herself, to make the situation more permanent and force Ford not to open the park — which, of course, didn't end up working.

So while the Man in Black — aka William — was obsessed with finding Wyatt, no Wyatt seems to exist. Ford's Wyatt idea was founded in what happened in the park — on what Dolores did 35 years ago based on the orders of Arnold. This narrative truly was an "original" story as Ford claimed it would be, because it was about the past of the original host, Dolores, and explained the bloody origins of the park.