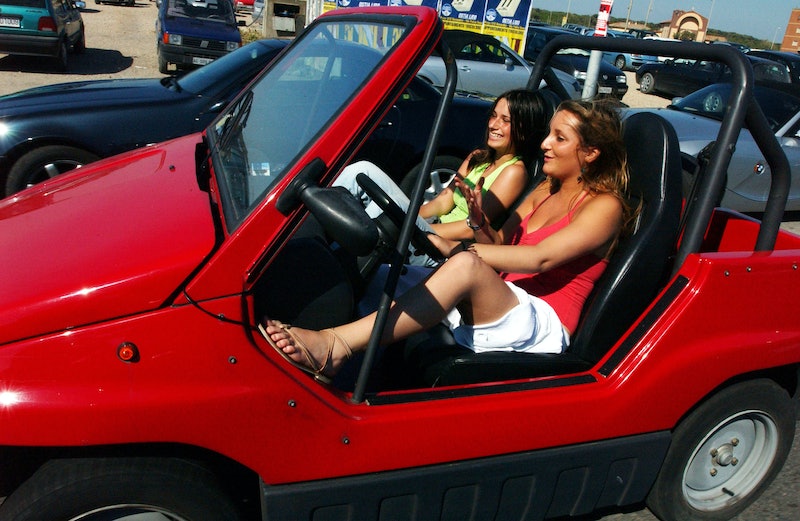 I didn’t get my license until I was 18, so I didn’t do a heck of a lot of driving as a teen. Sometimes, though, I don’t think it was entirely a bad thing; according to science, teens are pretty much all terrible drivers. Why? Gender dynamics. Essentially, boys and girls get really, really dumb when they’ve got someone of the opposite gender in the car with them—a phenomenon on which a study from the Journal of Adolescent Health can shed some light.

This study isn’t new; it was first published in 2012. But it’s been brought back to relevance thanks to a new study in the January issue of the New England Journal of Medicine, which found the following when examining distracted driving in teens:

The biggest distraction, however, is having another teen in the car – especially when gender dynamics are taken into account. In the 2012 study, researchers from the Children’s Hospital of Philadelphia took a look at 5,470 crashes involving drivers between the ages of 16 to 18, examining whether or the teens were driving solo or whether they had a passenger aged 14 to 20 in their car. The study divided collision causes into five different categories: Inattention, like daydreaming; “interior non-driving activity,” or doing things like eating, drinking, or reaching for objects; exterior factors, or looking at something outside the vehicle; aggressive acts, such as speeding or tailgating; and illegal maneuvers that directly disobey traffic laws. The results? Accidents involving boys were most commonly caused by aggressive driving — with boys being three times more likely to drive aggressively if there was a girl in the car with them. Girls, on the other hand, were more likely to be guilty of daydreaming or other such distractions, which also correlated with having a boy as a passenger.

I’m not sure how it is in other states, but in Massachusetts — where I grew up, and subsequently the state in which I learned to drive—Junior Operator Licenses come with a boatload of rules and restrictions: You have to have a parent or guardian in the car with you if you’re driving between 12:30am and 5am; you’re not allowed to use cell phones; you can’t drive other teens as passengers; and so on. I’d be curious to know what the rules are from state to state — do all states have rules like this, or are teens just ignoring them?

Troubling. Then again, The Atlantic points out that research is inconclusive about whether laws actually reduce the number of teen car accidents, so it’s anyone’s guess what we can do to help. Maybe we just need to teach teens better when they’re learning to drive in the first place — and setting better examples for them, too.

Right now, all I know is that I never, ever want to get in a car with a teen behind the wheel again…