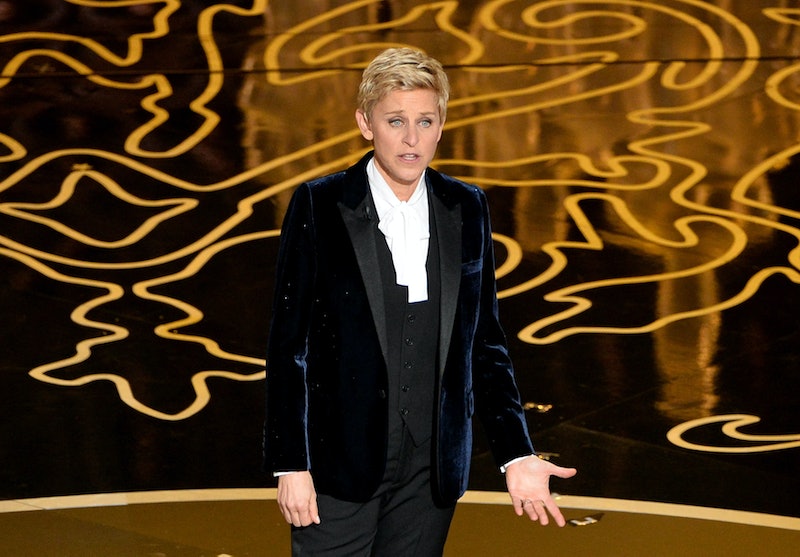 And the Oscar host position goes to — another Caucasian male. Yep, Monday it was formally announced that Jimmy Kimmel will host the 2017 Academy Awards. It's a pick intriguing in the sense that Kimmel is very talented, but has yet to take on the monumental responsibility. Historic? Not quite. And all the while we can't help thinking the award ceremony could've been rocked by a slew of surely capable women who could've hosted the 2017 Academy Awards.

Truth be told, I've had bigger disappointments this year, but it's about time the hosting honor was given to a woman. In terms of hosting prowess, I think that Kimmel is a great and fine pick. He's already got his sea legs by hosting the Emmys in 2012 and 2016, not to mention he's been successfully and hilariously helming Jimmy Kimmel Live! for the past 13 years. Nobody can really chalk up this pick to inexperience. But still, it would've been nice if we could add a bit more estrogen (and, you know, generalized diversity) to the most prestigious award show of the season. Alas, there is always the 2018 Oscars.

Cynicism aside, here are some of the ladies who could've worked their magic as the 2017 Oscar hostess — and fingers crossed for next year.

The only problem? The comedic powerhouse is way too in-demand — fans barely got a glimpse of her in the Gilmore Girls revival.

This angel kept us laughing (through all the sobbing) during election season, so I'm sure she could handle a little thing like the Oscars.

The Jane the Virgin has been a crusader in trying to diversify the Oscars, and hosting them would definitely make her an awards show Joan of Arc.

The comedian would bring her trademark humor to the stage, and it would be hilarious.

Can you imagine how simultaneously fabulous and monumental this would be? Cox was bold enough to step into the heels of Dr. Frank N' Furter, so she can do anything.

She's played the Oscars twice before — and last time, she gave everyone with that record-breaking celeb selfie. She can come back anytime she wants.

I just miss Oprah. I miss Oprah guiding out mornings and dolling out cars — why won't you come back to my television screen, Oprah?

Sigh. But they have said they won't do it. They hosted the Golden Globes three times, and they told E! News that they will host no more. Now, we're just left with happy memories of Leonardo DiCaprio zingers.

Why wouldn't we want to see her quick, smart, and self-deprecating sense of humor take center stage?

It would be nothing short of a dream to see that highly re-Tweetable actress turn the Oscars into a fun musical romp. Maybe if the busy actor has a free moment in her schedule, this fantasy can become a reality.

However, you can get all your musical romping and SNL-approved humor in one fell swoop if they enlist Rudolph as the Oscars host.

While Kimmel is a great choice as Oscars host, there are so many capable women out there who could do the job as well. Here's hoping that they get a chance to take the stage in 2018.