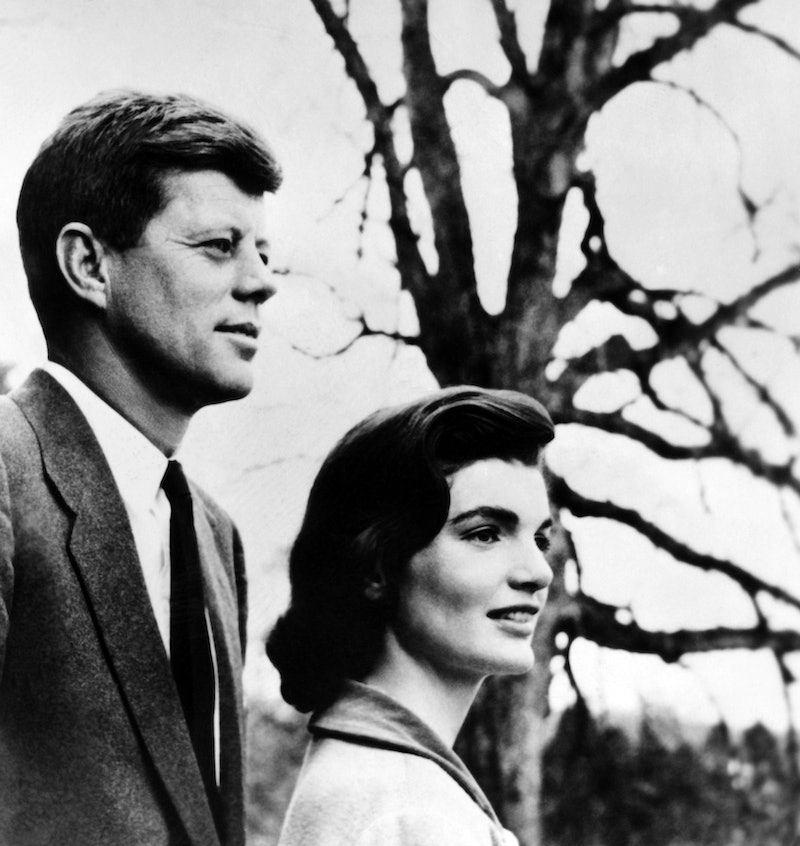 Given the current political climate in the United States (and the current President-elect), it's hard to imagine a time when Americans actually looked to its First Family for inspiration. But in the new film Jackie, Natalie Portman takes viewers back to that era with her portrayal of the late Jackie Kennedy; arguably the most beloved and iconic First Lady in the history of the United States. A big contributor to the American public's fascination with the Kennedy's was the televised tour of the White House Mrs. Kennedy gave in 1962, parts of which are recreated in the movie. And if you've seen the film, you may be wondering how to watch Jackie Kennedy's real white house tour.

Not surprisingly, the special can be seen on YouTube in its entirety. The rights to the special presumably belong to CBS, which produced it, but given that several versions have existed on YouTube for years, garnering tens of thousands of views, it appears as if the network is in no hurry to take the unauthorized versions down. However, if you are interested in viewing the special in a more official and higher quality capacity, it has in the past been released on DVD, and copies can currently be found on Amazon.

The special's full title is A Tour of the White House with Mrs. John F. Kennedy, and it first aired on February 14, 1962 on CBS and NBC. The only other television network in existence at the time, ABC, aired the special four days later. According to CBS, the special was seen by over 80 million viewers. For comparison, the most-watched U.S. broadcast of all-time is 2015's Super Bowl XLIX, which drew 114 million viewers, according to Nielsen. Mrs. Kennedy's tour also scored more viewers than all but two series finales in broadcast history: M.A.S.H. and Cheers, respectively.

So what made the special so, well, special? Television was still a relatively new gadget at the time, and the tour gave Americans a more intimate look at both the White House and the First Lady than had ever been available before. Mrs. Kennedy showcased the home's fresh $2 million renovation which she had overseen, and also showed extensive knowledge about the history of the home, its prior residents, and of America itself. After its airing, the nation largely developed a view of the Kennedys as the height of American glamor and prestige — a perception that still persists to this day.

More like this
What’s New On Netflix: A Victoria Justice Rom-Com & The Return Of David Letterman
By Arya Roshanian
Kim Kardashian Remembers Her Last Words To Death Row Victim Brandon Bernard
By Jake Viswanath
Everything To Know About 'The Circle' Season 5
By Gretchen Smail
The Joys of Eating
By Samantha Rollins
Get Even More From Bustle — Sign Up For The Newsletter