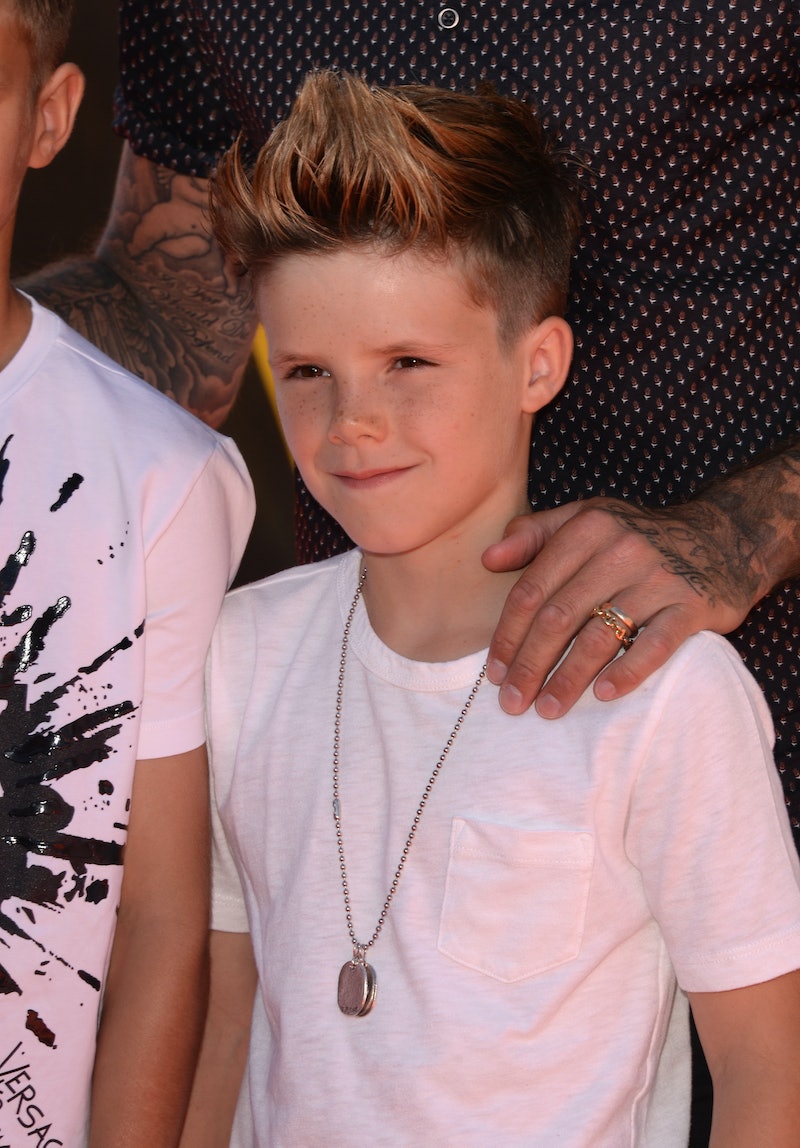 The holiday season came early this year for fans of the very cool Beckham family. Those who love the transplanted British family of soccer player David Beckham and former Spice Girl mother Victoria, and their adorable four children will be enthused to find out that the career of youngest son is heating up. He may only be 11, but Cruz Beckham launched his Instagram account on Monday and already has 75.8 thousand followers (and counting). But there could be more to this Instagram than just the coming-of-age milestone of joining social media. Is Cruz Beckham starting his music career? Many signs point to yes, though he hasn't confirmed it himself yet.

There are several reasons for this suspicion, but let's start with the most obvious. According to the bio listed on Beckham's new account, the page is managed by Scooter Braun Projects. Braun has a history of snapping up talented pre-teens and making them chart-toppers — such as the now world famous Justin Bieber. It seems apparent from that choice of management that Cruz Beckham is aiming to be as big (if not bigger) than the Canadian pop singer who first hit it big with Youtube videos.

But new management isn't the only hint. The caption on Cruz Beckham's Instagram welcome post is definitely pointing to some sort of music career. The caption reads, "Welcome to my new page. Something exciting to share with you all this week!" Could that something exciting be a new single? A whole album? A pop-up live performance? Whatever it is, he seems like he's at the point where he's ready to share it on social media soon.

The other hints that Cruz Beckham could be the next pop-sensation are two more posts on Beckham's Instagram. These videos of the talented youngster singing covers — a version of Pitch Perfect's "Cups" complete with cup action and Twista's "Hope" — exemplify Beckham's cherubic voice. His voice is so lovely. In fact he sounds a lot like — you guessed it — a young Justin Bieber.

With this new Instagram account, and all that it entails, it certainly feels like the 11-year-old Beckham is about to croon his way into the music industry. Playing soccer, modeling, singing — is there anyhing the Beckham family can't do?