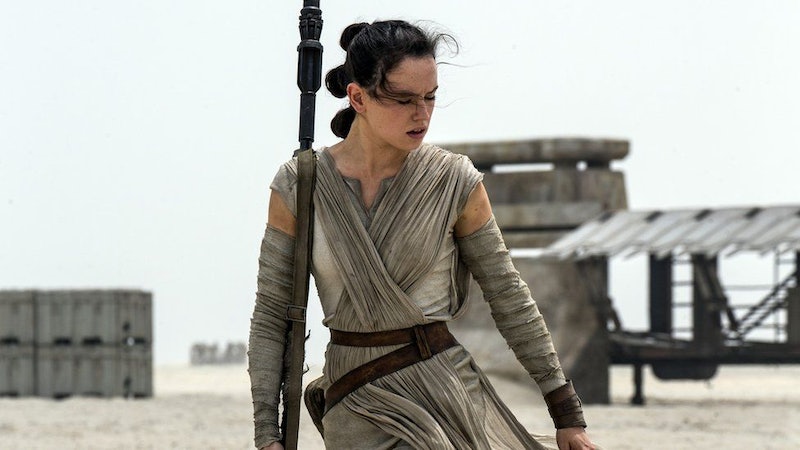 Even though Rogue One is a spinoff of the main Star Wars cinematic universe, and even though it takes place chronologically before even Episode IV: A New Hope, fans are still optimistic that some clues about the series' next episodic installment, Episode VIII, will be gleaned from the new film. But how does Rogue One connect to Episode VIII ? After all, the movies are set decades apart and don't share any of the same characters (at least none that have been made public). So will fans really be able to learn anything from the anthology film?

Possibly, but probably not a lot. While Episode VIII takes place directly after Episode VII: The Force Awakens, Rogue One tells the story of the group of rebels who stole the plans to the original Death Star right before the events of A New Hope; which takes place over three decades before TFA. But there is still speculation that Rogue One will contain some sort of connection to the future of Star Wars' main saga, thanks in part to an Entertainment Weekly Star Wars timeline that shows the two films as being connected. But just what those connections are are anyone's guess at this point.

One possible connection between the films could be a new character who ends up returning in future films. While some have speculated that Jyn Erso is related to Rey, basically any of the newly-introduced characters could return decades later to play a renewed role in the franchise. Or maybe the origin of another significant character from Episode VII will be revealed or hinted at in Rogue One. Supreme Leader Snoke, who's apparently been around for a while, seems like a strong candidate for this theory. But with no hard facts to go on, right now I'd say the strongest connection between Rogue One and Episode VIII is Darth Vader.

Vader is obviously long dead by the time the events of Episode VIII happen, but he was still alive and well in Rogue One. So perhaps something he does in the spinoff movie, something of which fans were previously unaware, will influence something that happens in Episode VIII . Don't forget, Kylo Ren idolizes his grandfather, and although fans assume he does so because of Vader's actions in the original trilogy (save for the whole saving Luke thing), it could be due to something even worse that he does in Rogue One that has yet to be revealed.

Since the main point of Rogue One is basically to be a litmus test for how standalone Star Wars movies will be able to function without connecting to the franchise's main saga, it technically shouldn't feature any connection to Episode VIII. But given the huge success of Episode VII, and since this is Star Wars we're talking about here, I'd be very surprised if it didn't.