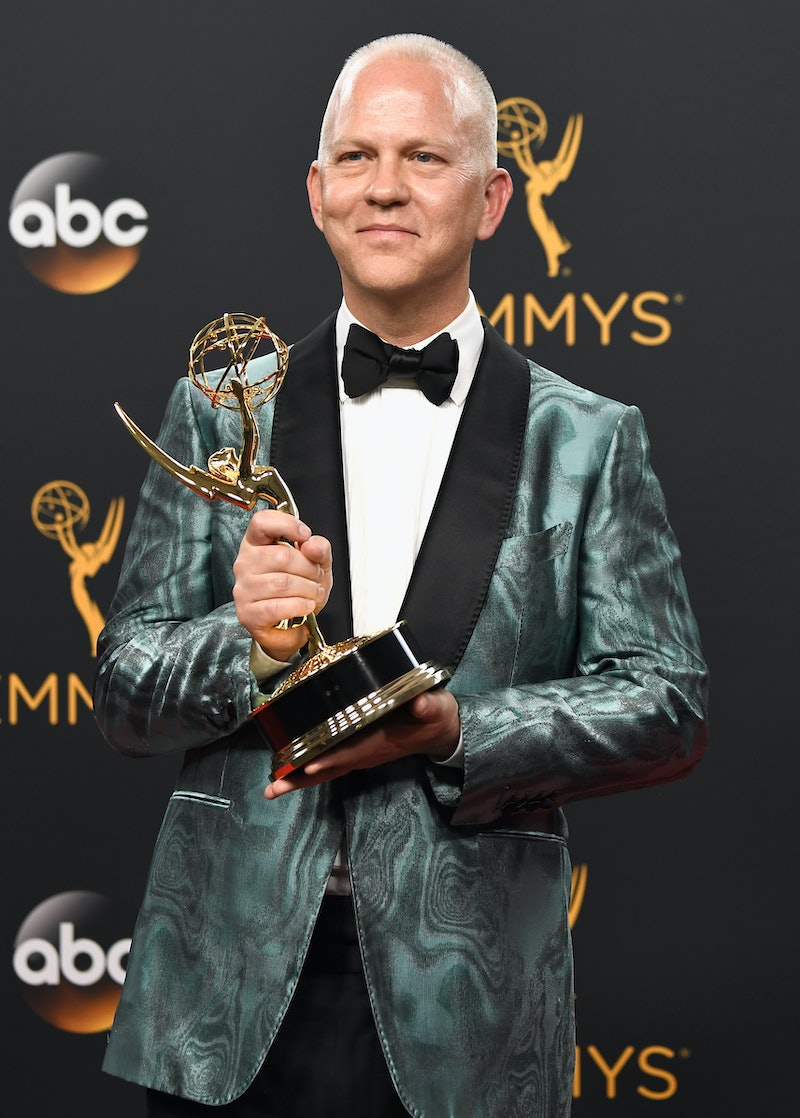 Remember that persistent aching of pure mystery that overcame audiences before Season 6 of American Horror Story finally premiered? I do. I can't un-remember it. The confusing sensation brought on by all those red herring advertisements were harrowing. With such on point publicity for a show, it is truly no surprise that AHS creator Ryan Murphy has been named the Television Showman Of The Year by the Publicist's Guild. He's the obvious choice.

If you somehow managed to avoid the misleading marketing for the FX series, you might not be aware of the creative team's intriguing decision. Typically, each season, the motif if the horror is shared, this time around it was kept under wraps. There were twenty-one teasers which hinted at a theme — yet all but one were not the true theme. The whole thing led to a lot of nail-biting and theorizing about what the mysterious Season 6 could possibly be about.

The publicity Murphy and his team masterminded was innovative, infuriating, and inspiring (a lot of "in"). Then the actual season was even whackier and more engaging than both the publicity for it and previous seasons. The meta nature of a paranormal documentary series inside a horror show that was showcased in the series was fascinating. While that's not really got much to do with promotion, it's still a part of the reason Murphy is a winner and Season 6 of AHS was ground-breaking.

This isn't the new award winner's first award-winning rodeo, and AHS is hardly his first foray into television. The guy has won four Emmys and collaborated on a bunch of A+ shows including Scream Queens, Glee and Nip/Tuck. He's also working on a new show for FX, an anthology series called Feud, which renders famous conflicts in history, and I'm sure he's bound to knock out of the park just like all the rest. Ryan Murphy is truly a television success story.

It's awesome that Murphy is getting some commendation for his genius (yet totally evil) master plan. Is it time for AHS Season 7 yet?