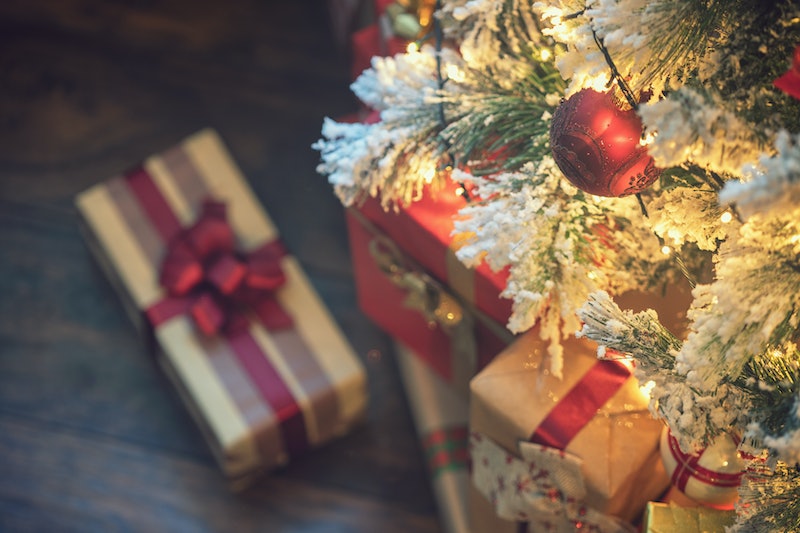 Gifts are a quintessential part of the holiday season, and an overwhelmingly popular way of exchanging gifts is to play Secret Santa. Out of all the different holiday games out there, though, have you ever wondered why we do Secret Santa? It's a classic that's often played at work holiday parties and family gatherings, where there are enough people to make the game interesting. But as with most cultural traditions, Secret Santa has a fascinating history that most people probably don't know about.

If you've played Secret Santa before, you know the drill: A group of people are assigned to buy a gift for another person anonymously. The game is named like so because the gift receivers have no idea who their "secret Santa" is. Oftentimes, secret Santas will draw names out of a hat to determine who they need to buy a gift for. In many versions of the game, people try to guess who their secret Santa is after they've opened their gift.

Secret Santa is primarily a Western tradition; a philanthropist named Larry Dean Stewart is thought to be the "original Secret Santa" who came up with the idea of giving anonymous gifts during the holidays. For more than 25 years, Stewart secretly donated $100 bills to people in Kansas, according to USA TODAY. He also donated $25,000 in the form of $100 bills to New Yorkers after the 9/11 terrorist attacks. It wasn't until 2006 that Stewart came out as the "Secret Santa" everyone had been wondering about for so long.

While the name of the game is largely familiar to people who live in the United States, Secret Santa is known as something entirely different in many other countries. For instance, people living in the United Kingdom play a very similar game, only it's called "Kris Kringle." In Ireland, it's Kris Kindle (adapted from "Christkindl," which means "Christ child"). People in Canada, Australia, and Austria will probably recognize any one or all of the three names. Over in the Germany, however, Secret Santa is called "Wichteln," which comes from "Wichtel," meaning goblin or elf.

Some sources note that the tradition of Secret Santa comes from Scandinavia, where it is called "Julklapp" and involves leaving gifts at people's houses, knocking on their doors and then running away. (When I was younger, we did a "Halloween bandit" game in my neighborhood very similar to this; it's also kind of similar to the spring tradition of the May basket). What all of these names have in common is that they refer to the person or creature who brings gifts to humans. For us in America, that's Santa Claus. In Ireland, I'm guessing that's Christ. Seeing as it's a popular game everywhere, obviously Secret Santa is a big deal: Now, there are even Secret Santa gift exchanges established on the internet (like this one on Reddit) in which strangers from all over the world can send presents to each other.

I much prefer Secret Santa over other types of gift exchange games like White Elephant, for instance, where people put a bunch of wrapped gifts in a pile, claim one each, open them, and then take or "steal" gifts that other people received. It seems like an awkward situation (especially if you're playing with people who get upset easily), and one that doesn't seem to embrace the true spirit of giving. Maybe that's just me, though.

The ultimate rule that makes Secret Santa, well, Secret Santa is that the gifts must be given anonymously. I've always been a huge sucker for both surprises and gifts. I mean, let's be honest, a Christmas tree without presents underneath is like a person not wearing any pants (AKA me on a Sunday). But personally, the experience of being surprised is almost more exciting and fun to me than finding out what's the actual gift. Just the idea that someone thoughtfully picked an item out for me specifically makes me feel all warm and fuzzy inside.

Now that you know the historical and cultural significance behind Secret Santa, go forth and be the best Santa that you can be. (These creative Secret Santa gift ideas might help.) Ho, ho, ho!

More like this
Side Character Energy Has Arrived — Here’s What That Means
By Sophie McEvoy
American Girl Doll Memes Are Going Viral On Instagram & Tiktok
By Emma Carey
How To Take A .5 Selfie On An iPhone
By Emma Carey
YouTuber Runs Into Margaret Sanger’s Grandson While Filming
By Alexis Morillo
Get Even More From Bustle — Sign Up For The Newsletter