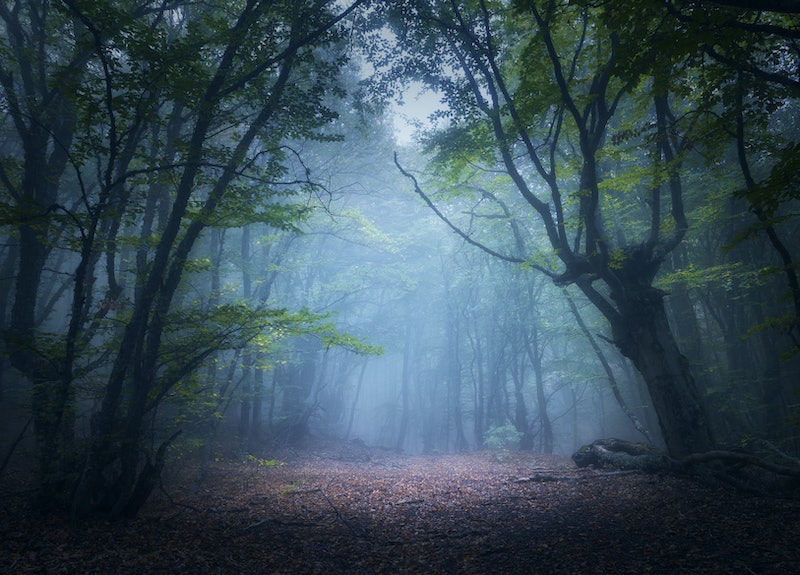 Myth and folklore vary so widely by region and culture that there are many urban legends you probably haven't heard of. Bloody Mary and the Blair Witch are for amateurs. Venture around the globe from England and Ireland to Germany and Spain, and you're guaranteed to run into at least a few urban legends that have never before crossed your mind. And that's exactly what one AskReddit thread just explored after a user posted this question: "What is a famous urban legend of your country or town?"

Some of the stories are harmless enough, like the tale of the smugglers trying to rake in a wheel of "cheese" (stay tuned for that one). Other legends might give you nightmares — like the sinister fairies who trap you in the woods and chickens who meet a grisly and mysterious death. You might easily dismiss these as make-believe, but... the stories had to come from somewhere, right? (Wink, wink.)

If nothing else, in their own way, urban legends are a symbol of the many diverse cultures around the world. They tell you a little something about a region and its people. What urban legends did you grow up with? Here's what a few Redditors had to say.

This honestly has to be the worst luck ever.

On a more uplifting note, congrats to the mayor.

3. The Canine Who Refused To Leave

I prefer the first version of this story. Let's go with that.

This bridge has received plenty of coverage, and it looks like we still haven't agreed on a reason for the dogs' behavior. Is it minks? Is it a spirit world? Who knows?

I'm sorry, but if I ever ran into this thing on the street, I'd run the other way.

That would be a good time to find a new job, my friend.

Deer! Of course! Who would've fallen for that whole dead soldier thing? Not me...

8. The Urban Legend That Was Actually True

The man just wanted to go for a walk, people.

9. No Chicken Is Safe

What did the chickens do to deserve this?

10. The Devil In New Jersey

I think we can all agree that this sounds like probably the worst thing ever.

That must be one grumpy giant.

Three days is a bit excessive. Sucks what happened to that grandpa, too.

I'm confused. I thought fairies were supposed to be cute and playful.

15. Raking In The Cheese

There you have it: The smartest "dumb" people in the world.