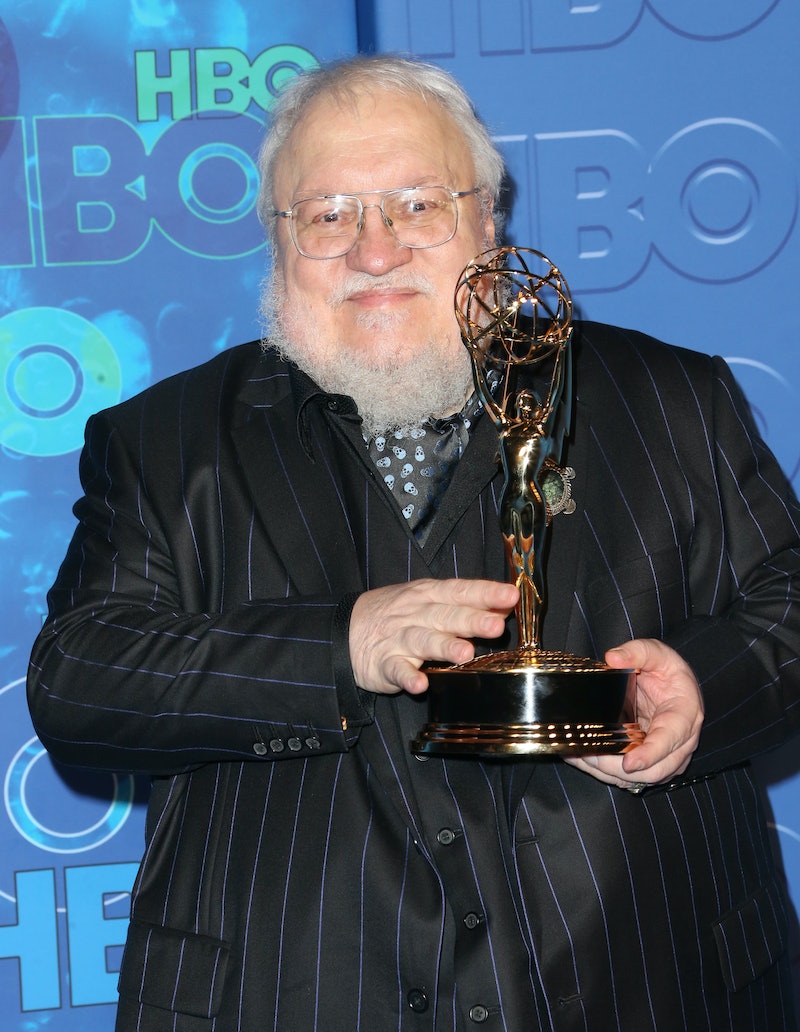 In a Q&A video from Guadalajara, Mexico's International Book Fair, we learned that George R.R. Martin thinks Hillary Clinton could have won the election, if only she'd taken a page out of Daenerys Stormborn's book.

A fan asked Martin, "Which of your characters would you say is most suitable to be a leader nowadays, and why?" The A Song of Ice and Fire author replied, "You know, probably Tyrion," to cheers from the audience. He went on to list Tyrion's intelligence, ruthlessness, and "certain understanding of politics" as qualifying factors for his candidacy.

Martin continued to ruminate on the subject, coming to the conclusion that "Dany would also be an interesting choice, if we could bring her dragons along." And then, thinking further, Martin came up with this gem: "The recent American election might have turned out very different if Hillary Clinton had dragons."

This isn't the first time we've heard about a mashup of Clinton and Daenerys. When a Design Crowd contest tasked artists with photoshopping presidential candidates into Game of Thrones characters, two Hillary-as-Dany images ranked in the Top 10. A Twitter search for "Hillary Stormborn" reveals that more than a few users got creative with punny plays on Clinton's accomplishments and Dany's titles.

Hillary Stormborn, Queen of the Feminists, Champion of the Children, the Women, and the LGBTQIA, Lady Regnant of the Fifty States, Khaleesi of the Democratic Party, Mhysa, Breaker of Glass Ceilings, the Unburnt, Mother of Dragons.

More like this
Emilia Clarke Shares More Details About The New 'Game Of Thrones' Series
By Maxine Harrison
16 Novels That Paint A Realistic Portrait Of Abortion
By K.W. Colyard
At 14, Jenny Han Wrote Rom-Coms About Her Friends & Fan Mail To Leo DiCaprio
By Alyssa Lapid
'Stranger Things' Star David Harbour Has This Actor In Mind For A Hopper Spinoff
By Alyssa Lapid
Get Even More From Bustle — Sign Up For The Newsletter