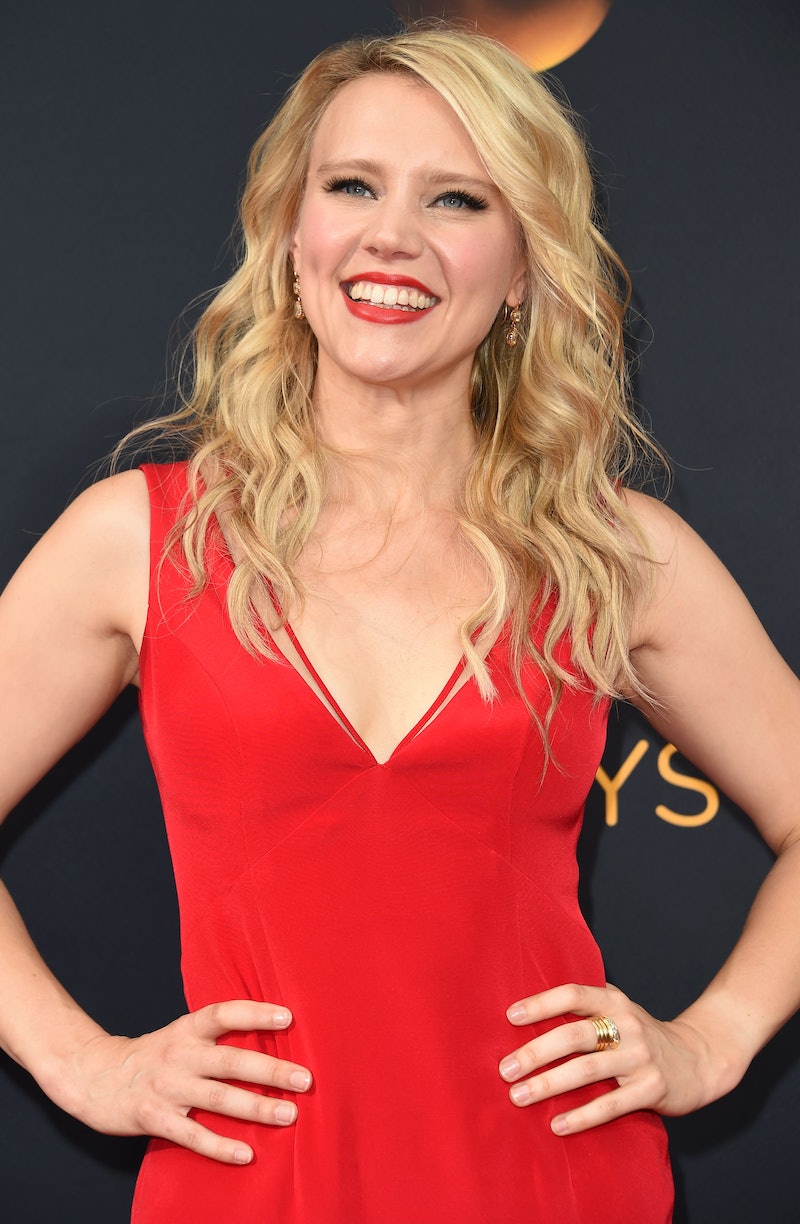 Since she began her run on Saturday Night Live in 2012, it has been clear Kate McKinnon is a star. Now Hollywood is finally catching on to what the rest of the world already knew. Deadline reports McKinnon has been cast in The Lunch Witch as the lead, a witch named Grunhilda who finds employment in a school cafeteria. Based on a YA novel of the same name by Deb Lucke, The Lunch Witch is set to allow McKinnon to show off her comedic genius while delving deeper into her talents as an actor.

The movie is aimed at kids, so you can expect plenty off slapstick and silliness, but her character is not a monster for the children to defeat. She's on a journey of self discovery all her own. Grunhilda comes from a long line of witches, but she lives in a world where no one believes in magic anymore. She takes the job in the lunch room because there's nowhere else she can express her talents for terrifying children and brewing up grossness. The twist is that she meets a kindred spirit in a young girl named Madison, who is in desperate need of a friend.

The McKinnon people are most accustomed to seeing is one who plays over the top comedic characters. On SNL, her impression of Hillary Clinton won her an Emmy in 2016, and her quirky, badass supporting character Jillian was easily the best thing about the Ghostbusters reboot. But it's time to see what McKinnon can do when she's asked to imbue heart as well as laughs into a role. Being a strong character actor is a gift. There is no denying the degree of difficulty that goes into being a scene-stealer. McKinnon has proven she can stand out in an ensemble like nobody else, but it's past time to see if she can carry a movie.

The Lunch Witch has shades of Matilda built into its DNA, and that film is a perfect example of how powerful a children's movie can be. Watching McKinnon's character realize she can make a difference in a little girl's life has the potential to be poignant and beautiful. As much as this movie should make viewers laugh, it should pull at their heart strings too. That's something McKinnon hasn't been asked to do much of in her career so far. However, I would say her "Hallelujah" performance after Clinton lost the presidential election was an excellent example of how multifaceted she truly is as a performer.

If The Lunch Witch plays well with audiences, McKinnon could have any number of leading roles in her future, from a solo female-driven comedy to a smartly written rom-com. This movie marks a new beginning for her, and, as a fan of her wacky sense of humor, I am excited to see where The Lunch Witch leads her. And hey, no matter what happens next, seeing McKinnon play a disgruntled witch will still be a dream come true.

More like this
Is Austin Butler Really Singing in 'Elvis'?
By Arya Roshanian
Kimberly J. Brown & Daniel Kountz Looked Back On Their ‘Halloweentown’ Romance
By Stephanie Topacio Long
All The Sneaky Lindsay Lohan Movie Easter Eggs In Her New Ad, Explained
By Stephanie Topacio Long
Anne Hathaway’s ‘The Devil Wears Prada’ Anniversary Post Turned Political
By Brad Witter
Get Even More From Bustle — Sign Up For The Newsletter