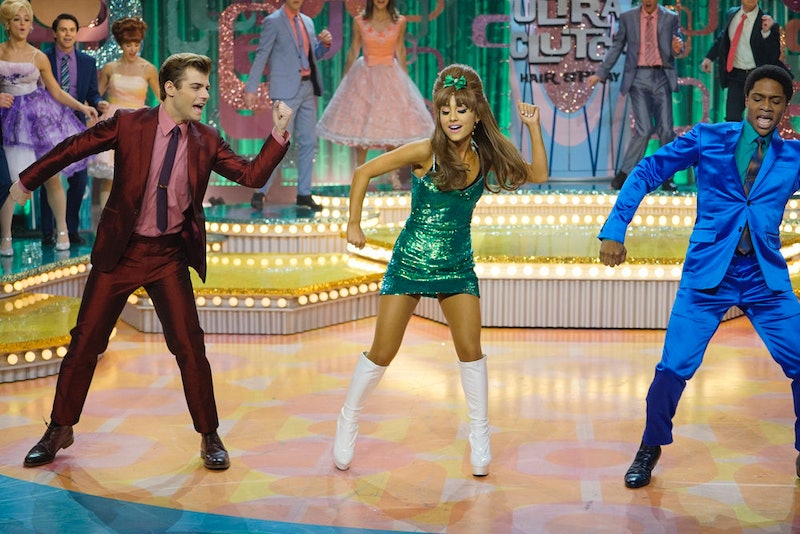 When I first found out that Ariana Grande was playing Penny in Hairspray Live! , I was a little apprehensive. Not because I didn’t think Grande wasn’t talented or anything like that, but mostly because I thought she may be too talented to play Penny. Giving Ariana Grande a role in which she barely sings/does anything is hiding her light under a bushel, don’t you think? Luckily, she did get to showcase her amazing voice, and Ariana Grande absolutely slayed “You Can’t Stop The Beat” on Hairspray Live!.

I mean, they had to give the girl something — Penny doesn’t sing an awful lot on Hairspray, after all. “You Can’t Stop The Beat” is my favorite song of the musical, so I’m biased, but I think that it was the best representation of talent in the show. Everyone got a little piece of the song to sing — it just happened the Grande overshadowed everything ever. She tends to do that when she sings with other people. Grande starred in musicals Annie and 13 on Broadway in her pre-Nickelodeon years, so she knows how to do Broadway. She kept her voice steady — no runs like she does in her pop songs — and crushed her portion of the song.

Because she’s a pop singer, I think people forget that Grande really knows how to act and sing in a theatrical setting. That’s where she cut her teeth, even if she did move onto Nickelodeon and singing professionally while wearing bunny ears. Grande was one of the best parts of Hairspray Live!, and I’d gladly watch her in any music she chooses (even Spamalot, mostly because I think she’d make a great Lady of the Lake).