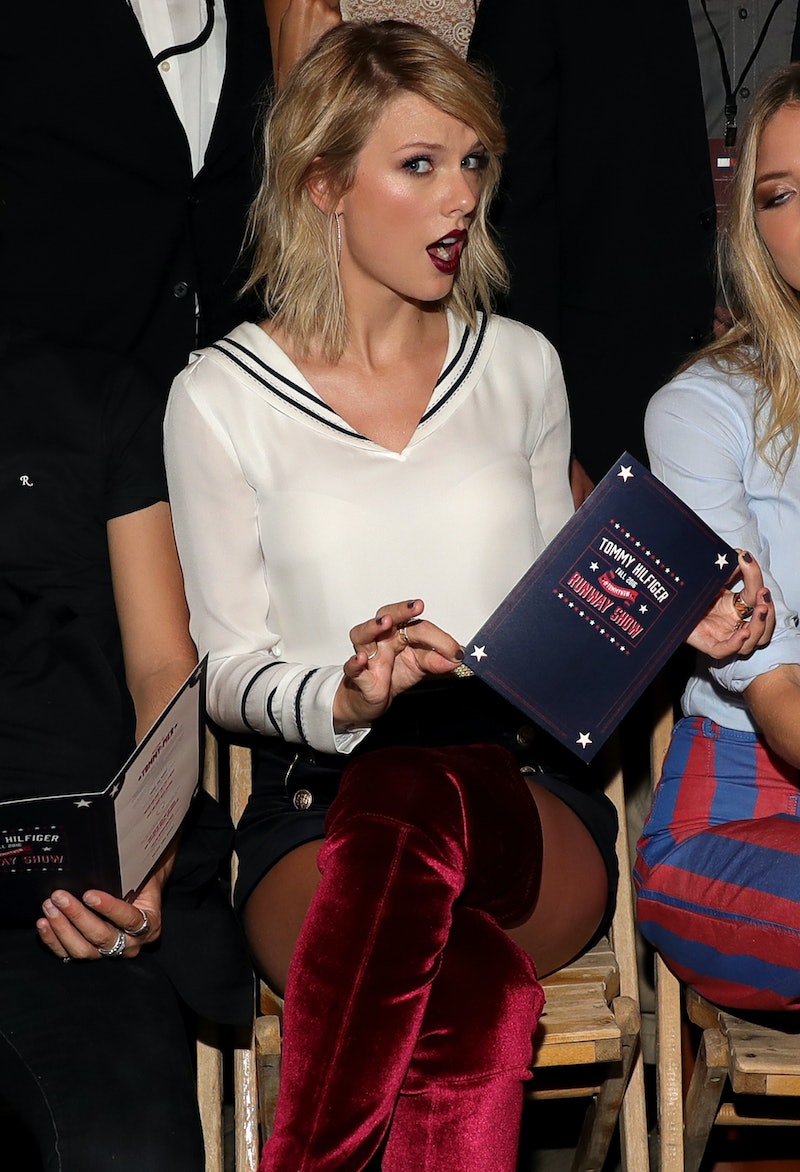 In music news you probably never expected, Taylor Swift and Zayn Malik recorded a duet for Fifty Shades Darker . On Thursday evening, just as the day was winding down, Swift shared a snippet of the song titled "I Don't Wanna Live Forever" on her Instagram page — and everything changed. Malik even shared a photo with Swift and one of her cats on his own account to commemorate the release. The track is currently available on iTunes, but you can also preview it in the video below. Honestly, it's everything you could have wanted from these two — and more.

While Fifty Shades Darker doesn't hit theaters until February 2017 (Valentine's Day, to be exact), you'll probably be listening to the song on repeat until then. If this doesn't get you excited for the movie and its soundtrack, I have no idea what will. This unexpectedly epic duo shows that the Fifty Shades of Grey sequel is already going all out with its music. Then again, it shouldn't be too much of a surprise, since the first movie's "Earned It" by The Weeknd snagged an Oscar nomination for Best Original Song. Beyoncé, Ellie Goulding, and the Rolling Stones were just some of the other artists featured on that album. Based on that previously magical musical lineup, I can only imagine who else is on-board this time around.

Another fun fact? Jack Antonoff wrote this Fifty Shades Darker song, according to Lena Dunham's Instagram post. As evidenced by the caption, she is one proud girlfriend. And of course, Dunham gives a shoutout to her pal T. Swift, too. This isn't the first time that Swift and Antonoff worked together, since they teamed up on the singer's last album, 1989.

While the aforementioned collaboration may be nothing new, you've got to admit that the "Shake It Off" singer and Malik working together feels out of left field. Or maybe that's just my interpretation, but given the fact that Swift had a public relationship (and breakup) with Harry Styles, aka Malik's former One Direction bandmate, I can't help but wonder about their dynamic. I imagine it may have been a little awkward, at least initially.

Then again, Swift is super close with Gigi Hadid, who happens to not-so-secretly be dating Malik. She's constantly congratulating her boyfriend on his accomplishments. In fact, Hadid already posted a tweet to prove she's listening to Malik and Swift's new track. So if I had to guess, things were probably alright after all. Especially once you hear the song they made together.

Still, there are so many celebrity connections overlapping here, I can hardly handle it. The only solution? Listening to "I Don't Wanna Live Forever" on repeat. Or at least, that's what I'll be doing for the next 24 hours.