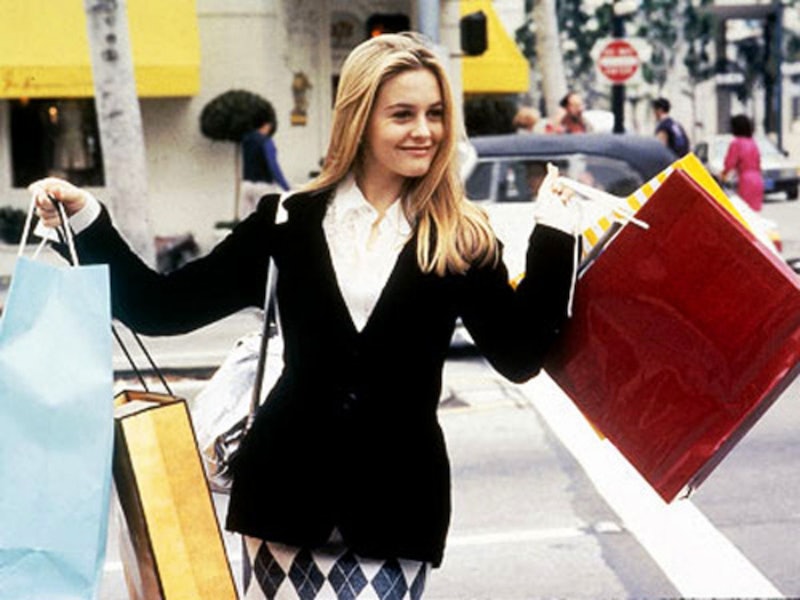 Tis the season for getting your festive credit cards out and shopping until you simply cannot take any more poorly-piped Christmas carols or weird "seasonal deals." There's no mystery about the fact that December is on of the the heights of consumer spending in the calendar; what does present some questions, though, is the way in which we spend, and what factors lead us to make our decisions, pick our presents, and punish fellow customers who've cruelly snatched the last Elf On The Shelf from our hands. (Firing squad at dawn?) The pasttime of consumerism is an extensive and extremely popular activity, and it's attracted its fair share of extremely strange studies about the psychology of shopping into the bargain.

For the record, the phenomenon of holiday shopping is nothing new; the notion of Christmas presents dates back to Roman and Greek festivals of agriculture, in which gifts were given in the cold months to celebrate the winter equinox and the symbolism of various gods. It's been a long journey from then to the modern world, where Black Friday brawls are a regular yearly occurrence and Americans were found to spend $703 per capita on the holiday in 2013. In this heady atmosphere of intense consumer activity and frenzied wrapping (I have 13 younger cousins and am therefore a wrapping ninja), it's a good time to look at the weird and wonderful delights of the stranger side of shopping.

From fear of death to the necessity of yoga, knowing some weird studies about the psychology of shopping is all a good distraction while you're waiting, once again, for the checkout.

We Shop More When We're Afraid Of Death

The real revelation from this recent study, which was published in the Journal of Consumer Affairs in March, wasn't that we crank up our shopping when we're reminded of our imminent mortality; it's that there is a whole field of studies going back decades that backs this hypothesis up. Studying the effects of what's called "mortality salience" (the memory that we're eventually going to become a mass of matter in an unfeeling universe) on our behavior is a blooming bit of psychological investigation, but when it comes to the death revelation and shopping, it's old hat.

The tendency to shop more after near-death experiences like disasters is a pretty widespread phenomenon; the 2016 study wanted to find out whether it applied to people who were "anti consumption" — those who live consciously low-impact lifestyles, try hard not to produce any trash, and are likely either living somewhere off the land or working for an eco-charity in Portland. For those people, the knowledge that they're going to die doesn't make them more likely to hit the shops. Other, less green people are also protected from the phenomenon if they have high self-esteem, because shopping after a mortality event is meant to restore your shaken sense of importance.

An interesting study in 2011 found that, for people with poor body image, seeing an item on a beautiful shop assistant or fellow customer while they were trying it on made them less likely to buy it, not more. "Consumers often focus on parallel consumption behaviors from others to inform their product decision," the scientists behind the study told the Journal of Consumer Research, though one could merely label their study "common sense."

Who wants to buy something when the sales assistant looks like a glorious ray of sunshine and you look like a lumpy lemon? The scientists did discover that if you felt fine about yourself, the effect was negligible; so we're not allowed to try on fancy clothes worn by model types unless we're feeling ourselves like Mariah Carey.

A lot of fascinating science has been done on what environments and conditions make humans make certain buying decisions; we buy more, for instance, in shopping precincts where there are trees. But a study from 2013 found that our internal sense of balance, and having to focus on it, also impacts our shopping decisions.

It turns out that if we're experiencing a need to be conscious of our balance — if we've just come from a yoga class, for instance, or if we're wearing high heels — we're less likely to overspend on expensive items like televisions or white goods. The sensation of balance is linked to choosing the medium choice, between the least and most expensive.

Why this might be the case isn't clear. The researchers suggest that "the concept of balance is metaphorically linked in the mind to the concept of parity and that activating balance increases the accessibility of the parity concept," but whether that's actually true is still up in the air, balancing on one foot, so to speak.

When We Refrain From Punishing Rude Shoppers Is Actually Pretty Predictable

Ever just wanted to shove somebody into a giant pile of Barbie boxes after they cut a line on Black Friday for no apparent reason? Scientists have taken notice, and there's a genuine study from 2012 about our urges to "punish" other shoppers who have violated perceived norms, like not cutting in line. (I live in the UK, and can testify that to the British mind, line-jumping is regarded as socially equal to spitting on your own grandmother.)

The study found that there are three areas in which we stop ourselves from stepping forward and "saying something," or "making a fuss," or pushing their cart down the stairs (hypothetically). The first one is that we won't step in if a shop assistant has told them off first. The second is that we don't mind stuff like mess creation or line-jumping if something's gone wrong for the "criminal," like a massive flight delay or an accident. (This doesn't hold if the flight delay has happened to us too.) And we're also less likely to want punishment for somebody with "higher status" than us. Beyonce, for instance, would be more easily forgiven for pushing in line than our neighbor Steve.

When we do make the decision to punish, though, there's surprisingly little study of what happens. A lot of the work on consumer punishment has been on consumers punishing companies or products for not working or being immoral; there's virtually nothing on what you can expect when you finally snap, drag that last pudding out of the hands of the rude woman in the supermarket on Christmas Eve, and yell "I HAD IT FIRST." Consider pitching it as your masters thesis, psychology students, though I'd buy a football helmet beforehand.

There Are 4 Main Traits To Shopping Addiction

In 2015, The University of Bergen developed the Bergen Shopping Addiction Scale, based on studies of people who are at high risk of addictive shopping behaviors. Young women are the main demographic, but it's not unknown for people outside that group to exhibit addictive shopping behavior (shopping that is compulsive, does harm, can't be stopped even if you try, and feels fundamental to your wellbeing).

The list of characteristics on the Shopping Addiction Scale is pretty revealing: the Bergen scientists indicate that saying that you agree or completely agree with at least four of the statements is an indicator that you have a shopping addiction. They are: "You think about shopping/buying things all the time; You shop/buy things in order to change your mood; You shop/buy so much that it negatively affects your daily obligations (e.g., school and work); You feel you have to shop/buy more and more to obtain the same satisfaction as before; You have decided to shop/buy less, but have not been able to do so; You feel bad if you for some reason are prevented from shopping/buying things; and You shop/buy so much that it has impaired your well-being."

If this sounds like you (and it is a problem for many of us in our consumerist culture, so don't feel ashamed), you might want to seek help from a therapist to help curb the behavior.

More like this
23 Super Sweet Things To Write In A Valentine's Day Card
By Karen Belz and Lexi Inks
12 Aphrodisiac Desserts To Spice Up Your Valentine’s Day
By Kaitlyn Wylde
8 Things You Can Do To Appreciate Lunar New Year
By Elizabeth Tsung
'The Queen’s Gambit' Season 2 Tweet Wasn’t From Anya Taylor-Joy
By Mary Kate McGrath, Jack Irvin and Grace Wehniainen
Get Even More From Bustle — Sign Up For The Newsletter
From hair trends to relationship advice, our daily newsletter has everything you need to sound like a person who’s on TikTok, even if you aren’t.