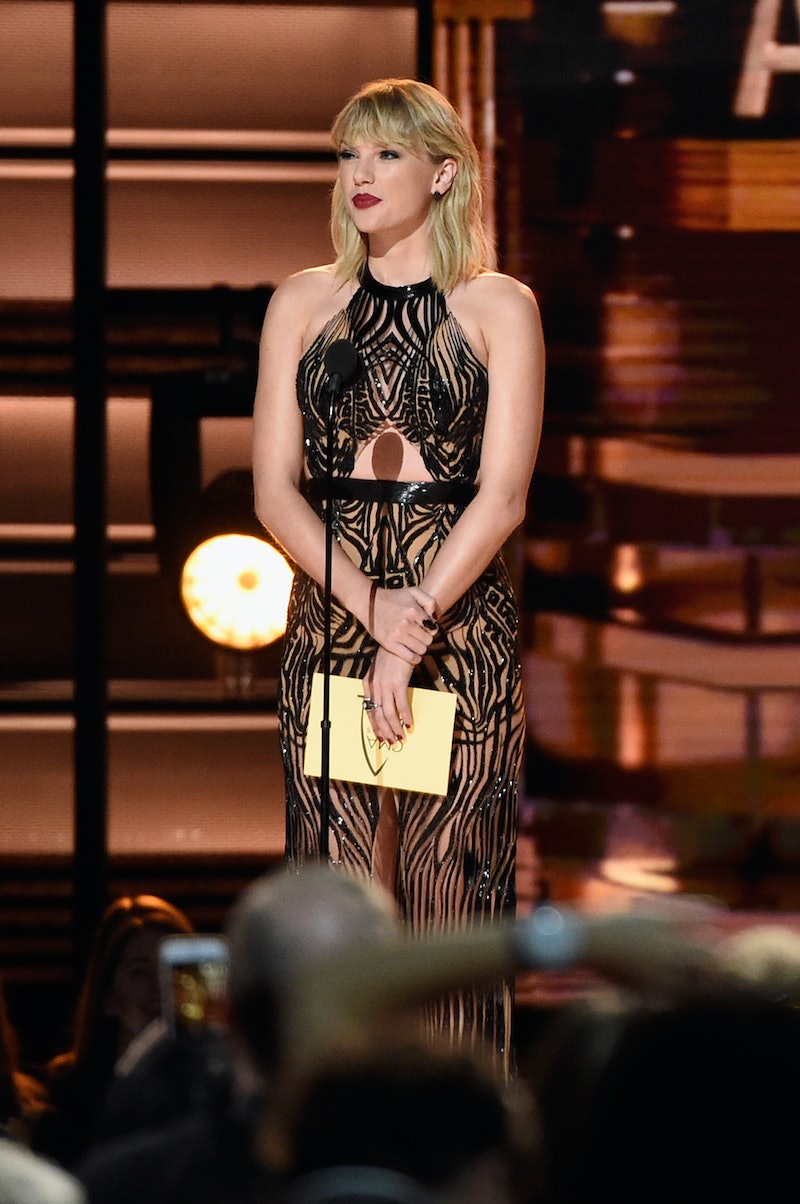 After witnessing the celebrity revolving door that was Taylor Swift's 1989 tour, I'd be hard pressed to find a star that the singer was not friends with. I mean, she literally sang on stage with everyone from Lisa Kudrow to Mary J. Blige to Mick Jagger and they all seemed to be pretty fond of her. While the 1989 tour is long over, that doesn't mean her celeb collaborations have stopped. Swift collaborated with Zayn Malik on a song for the Fifty Shades Darker soundtrack called "I Don't Wanna Live Forever," which was released Thursday night. And it begs the question: Are Malik and Swift friends or mere co-workers?

Well, let's take a gander at their "degrees of separation" to understand whether or not they're pals. Because, honestly, Malik keeps most of his personal life pretty close to the vest other than some occasional snaps with his girlfriend, supermodel Gigi Hadid. Which brings me to my main point — Hadid totally connects the two. The model and singer are best friends and it'd make total sense that Malik's hung with Swift a time or two because of it.

Besides, Swift isn't a stranger to befriending her friend's significant others, either. Jack Antonoff, Lena Dunham's longtime boyfriend, is also super close with Swift. In fact, the two actually made beautiful music together for 1989. In 2014, Antonoff told Billboard their collaboration awoke while they were, "hanging out at her house in Rhode Island and we were talking about John Hughes movies..." As The New York Times points out, Antonoff was even a co-writer on "I Don't Wanna Live Forever."

The odds that Malik and Swift are also pals of some form in addition to their musical partnership are pretty high. Why do I say that? Well, it's not as if Swift's cats are allowed to be held by just anyone. And Malik doesn't post personal photos of and with just anyone, either.

This photo shows a clearly comfortable and lighthearted rapport between the two that extends way past business. The very fact that Malik is cuddled up to her furry child proves that he was probably at her house while the photo was taken. So, no, it's not too out of the realm of possibility that her BFF's boyfriend has become her friend, too, over time.