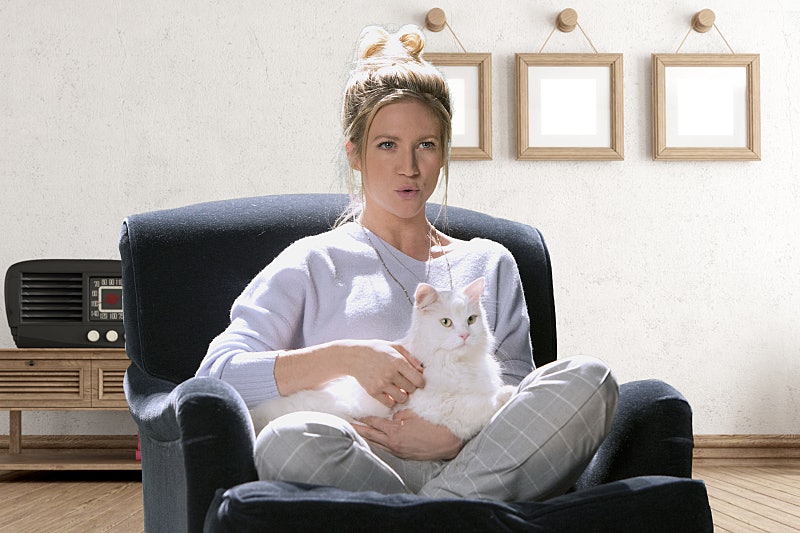 After a rather tumultuous relationship with Rebecca, Josh is dating Anna on Crazy Ex-Girlfriend and she could be just the kind of girl he needs in his life. Anna, the well-connected, eyebrow groomer from Silver Lake is every bit the powerful ingenue, making her incredibly intriguing to Josh. She is, notably, also a major step in the opposite directions from Josh's ex-girlfriends. In case you forgot, those exes are Rebecca and Valencia. While Josh was getting used to Anna's incredibly hip lifestyle, as evidenced by their day date at an artisanal coffee bar, Rebecca and Valencia stumbled upon Josh's new relationship after the separately stalked his Instagram. This set off a wild chain of events, all done in the vain attempt that both ex-girlfriends could find out who Anna truly was and perhaps undermine her to Josh.

Step one: Rebecca and Valencia had to do major recon on Anna. This, of course, meant stalking her social media to no end. Creating fake profiles, looking up the location of her salon on Google Maps, finding out the names of her parents: it all had to be done. After a manic three days spent scouring the Internet for as much information as possible, Rebecca and Valencia went to Anna's salon to try and find out who she really was. They were also on a bit of a witch hunt — not so healthy an activity when you're trying to get over an ex — and had their feelers up for any wrongdoing on Anna's behalf.

A misconstrued interaction involving possible drugs (it turned out to just be brow bleaching powder) and a car accident between Rebecca's car and Anna's car led to a very revealing moment between all three women. As they sat in the waiting room, Anna (who still didn't know Rebecca and Valencia's identities) revealed to Rebecca and Valencia precisely what Josh thought of his ex girlfriends. To Anna, Josh characterized Valencia as a woman who was constantly nagging him to get married; Rebecca was the crazy woman who moved across the country, ensnared him in her web, and faked a pregnancy to stay together. The women were shocked and disheartened to learn this.

After Anna let slip that security cameras at her salon probably caught Rebecca running over Anna's cat, the girls returned to the salon to retrieve the footage and avoid getting found out. Instead, they discovered footage of Josh surprising Anna with flowers at the salon and telling her he had never, ever felt as strongly for a girlfriend before her. This was a blow to Valencia and Rebecca; for Josh, it could be a step in the right direction.

While it wasn't fair of Josh to characterize Valencia and Rebecca so poorly, dating someone relatively stable and easy-going like Anna would mark a significant change for the better in his life. Anna appears to be a well-meaning woman and ready to keep Josh on his toes. Is this the beginning of a beautiful new relationship? Or will Josh have his hopes for a good relationship dashed once more?