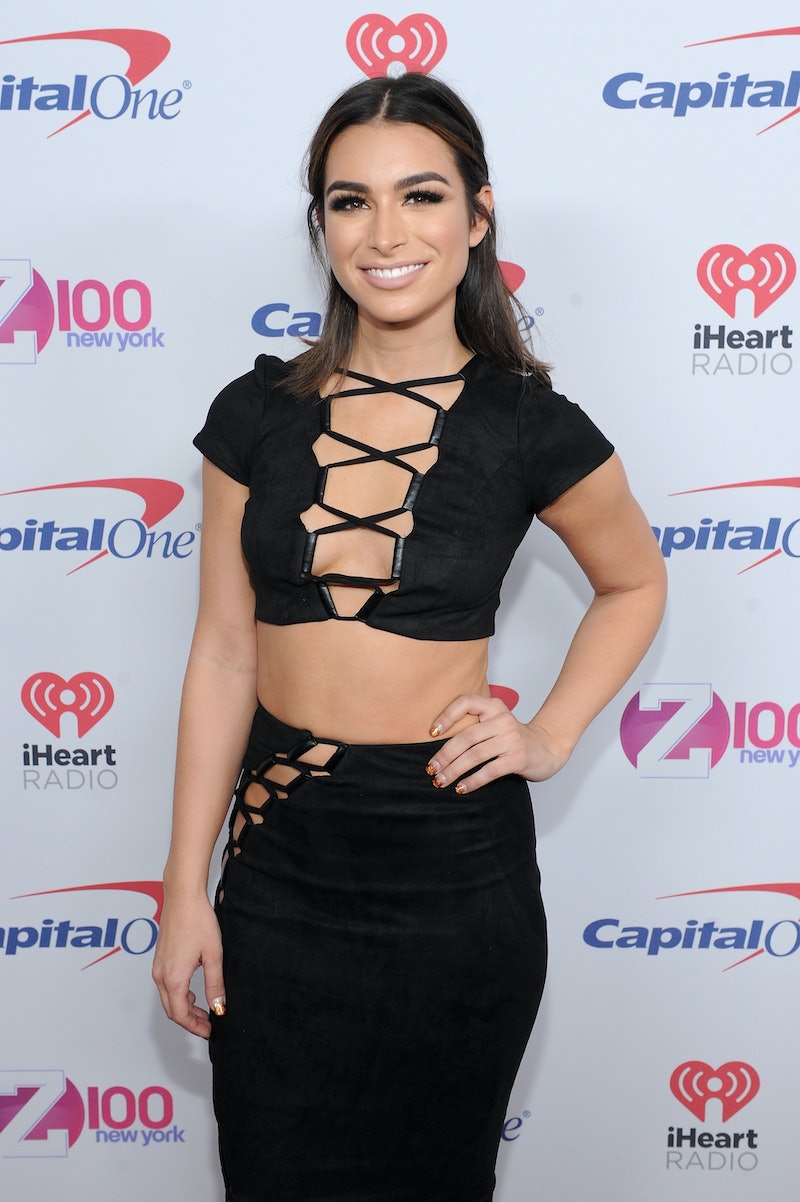 As Nick Viall gears up to be the new star of The Bachelor, he's already receiving advice from those who are equally familiar with the franchise. His former Bachelor In Paradise castmate, Ashley Iaconetti, recently shared words of wisdom with the Bachelor-to-be. "I actually saw Nick two days ago and my job was to give him advice," Iaconetti tells Bustle on the red carpet for Z100's Jingle Ball on Friday night. She continues with a laugh, "He was like, 'Ashley, I'm not going to you for advice.' Because he's usually my advice-giver, but the tables turned." Considering she's quite familiar with the Bach universe and Viall as a person, it'd be pretty silly for him not to take her words to heart.

So, what did Iaconetti say? "What I told him is that he needs to open up faster with these girls," she explains. "He can be a really hard shell to crack in the beginning, but then you get to know him and you know he's a mush ball. So I want these girls to know that he's a mush ball early on." Sounds like solid advice. Wouldn't it make sense for Viall to show the contestants the real him as soon as possible? Otherwise, it would be tough to fall for someone who puts a wall up.

As for whether Viall takes Iaconetti's advice, that's a whole other story. Fans will have to wait until the new season airs on Jan. 2 to see how everything plays out. Since this is his fourth attempt at finding love, I'd have to guess he'll pour his soul into it and not hold anything back. Fingers crossed.

And if any of the 30 women competing for Viall's heart are reading this right now: He is officially a mush ball — in case that wasn't made clear. And honestly, that's not a bad character trait to have.