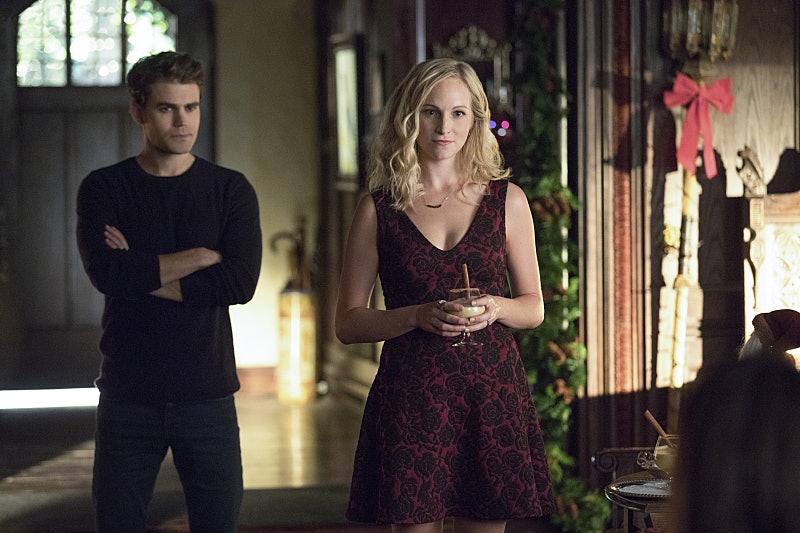 Stefan joined Damon in leaving his humanity behind him on The Vampire Diaries. After making a deal with Cade to pledge his immortal soul to the devil alongside his brother, Stefan decided that the last thing he wanted to do with his freedom was have Christmas dinner with Caroline in the mid-season finale, "The Next Time I Hurt Somebody, It Could Be You." Unfortunately for him, Stefan spent a majority of the day unconscious/mostly dead, having a little chat with Cade. During their talk, Stefan renegotiated their deal, but it wasn't without a price. At the end of the episode, Stefan flipped his humanity switch on The Vampire Diaries to go work for the devil.

Stefan has turned off his humanity before — many, many times — and it always results in the same thing: death, blood, and guilt. Knowing all of this, Stefan was determined to keep his humanity while serving Cade, even if that meant feeling guilty every time he killed. Alas, Cade didn't want Stefan the vampire with a heart of gold, he wanted the ripper. And he brought Stefan back to the scene of his most horrible massacre and guilted him about Elena to make Stefan agree.

Cade told Stefan that he wanted him to take good people and make them bad, like he did to Elena. And, while Stefan might not necessarily agree to that categorization of their relationship, he's too guilt-ridden to care. So, he makes a new deal with Cade. Stefan will be the ripper, flip his humanity switch for one year, and at the end of the year, Cade will let him and Damon go. As a ripper, Stefan will kill hundreds for Cade, and when the year is up maybe he'll still get his June wedding. Cade, however, is convinced that once Stefan turns his humanity off and allows himself to become the ripper again, he'll never want to stop.

At the end of the episode, Damon and Stefan drove off to start their work. The Salvatore brothers together again, both without their humanity.