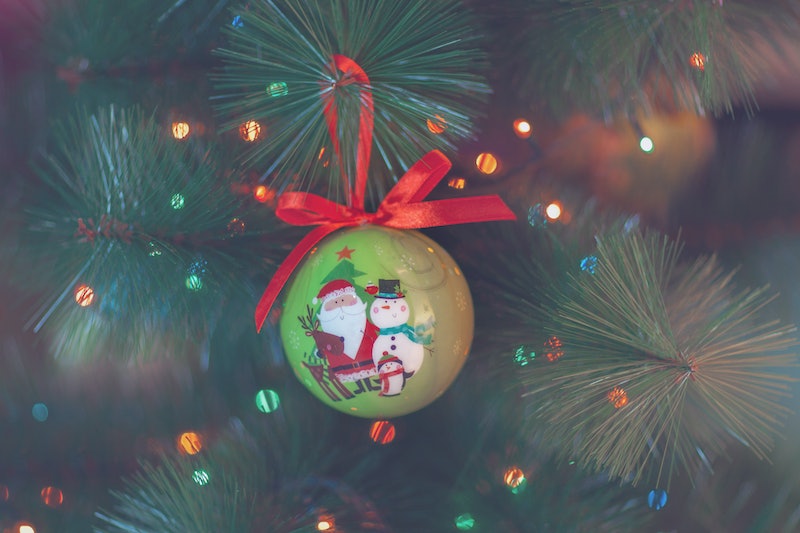 Christmas morning, we jump out of bed, run downstairs, and welcome what is one of the most exciting days of the entire year; and it's second nature to us. But I'd bet most of us aren't familiar with the origins of Christmas traditions, and why we do what we do on the 25th of December. Every country has its own traditions; and in some ways, we're all vastly different. In Finland, it's popular to go to saunas on Christmas eve. In France, some people burn a log at home from Christmas Eve to New Year's Day. In the United States, we have a number of traditions of our own. And as they do in Finland, France, and everywhere else, our traditions all have a story and a reason that they came to be. Haven't you ever wondered why we kiss under the mistletoe?

Even while much of Christmas may have turned into what many people refer to as a "commercial" holiday (with such a heavy emphasis on buying material items), parts of the holiday have remained unchanged, with the historical origins of Christmas alive and kicking. From eggnog to finding coal in your stocking, here are the explanations behind some of the popular Christmas traditions we've come to know.

Kissing Under The Mistletoe

The tradition of kissing under the mistletoe goes back thousands of years, and there is more than one explanation of why we do it. Just one of these origins reflects on how many cultures looked to this herb for its healing properties; but it took a turn for the romantic around the first century A.D. Mistletoe can blossom even in the coldest of winters, and the Celtic Druids began to look at it as a symbol of vivacity. They started giving it to humans and even animals to promote fertility. The association between mistletoe and fertility/vitality strengthened through the Middle Ages; and by the 18th century, it had become a part of Christmas.

The kissing part of the tradition likely started in England, where men could sneak a kiss from any woman standing under the mistletoe. Any refusal was considered bad luck. Another part of this tradition that seems to have been forgotten is that the kissers were supposed to take a berry from the mistletoe each time they kissed. Once the berries were gone, they had to stop.

It's a given that the nativity seen is supposed to tell the story of baby Jesus, since it's widely believed that he was born on Dec. 25. But did you know that it was St. Francis of Assisi that created original living nativity around 1224? He did so to help his followers better understand the birth of Jesus. Supposedly, St. Francis requested permission from Pope Honorious III to have a manger with hay and two real animals — an ox and a donkey. He put them in a cave in Grecio, a village in Italy. Villagers came to see what he was doing, while St. Francis preached about Jesus of Bethlehem.

The exact details surrounding St. Francis and his actions can't really be confirmed; but it goes without saying his living nativity scene had enormous appeal. At the time, plays were a common form of both entertainment and education; and they were often used in church to help people learn scriptures, since everything was in Latin and no one could understand. St. Francis's nativity scene became one more play that helped people connect with Christianity — and a powerful play at that.

Whether you love it or hate it, eggnog is a popular Christmas tradition with a history all of its own. The common holiday beverage — traditionally made with raw eggs, milk, cream, sugar, and some kind of alcohol — first began as a wintertime drink for the British aristocracy. The wealthy in particular drank it, since they could afford the ingredients and were able to add expensive liquors to it to keep the eggnog from spoiling. In the 18th century, eggnog became a drink everyone could enjoy, as U.S. colonists started making it with cheaper rum instead of brandy or wine.

The name itself even has its own history: Rum was called grog and was often served in wooden mugs called noggins. At first, people called the drink egg-n-grog, and then changed it to eggnog.

This tradition has a couple explanations. The oldest story goes back to ancient Norse mythology. The god Odin had an eight-legged horse named Sleipner. During the holiday season, kids would leave food out for Sleipner, hoping Odin would stop by their homes and leave gifts. To this day, this tradition exists in places like Denmark and the Netherlands, where the story goes that it's horses that pull the sleigh, not reindeer. They leave carrots for the horses, who are undoubtedly exhausted.

The tradition carried on through the years, with yet another theory saying that families would actually put the tasty snacks in stockings and hang them by the chimney, as a welcoming gift for jolly old St. Nick. But as we know them today, stockings are for gifts for the kiddies. The tradition of leaving milk and cookies for Santa (and carrots for his reindeer) really skyrocketed as an American tradition in the 1930s, amidst the Great Depression. Parents wanted to teach their children — even during such trying times – the importance of giving back and being thankful; so they set out milk and cookies to show their gratitude.

Hopefully, this doesn't actually happen to children — even the naughty ones. But Santa leaving bad kids lumps of coal is an old tradition — older than Santa Claus himself. The exact origins aren't well known, but the general story seems to be that Santa would come into people's homes and leave presents either in stockings or in shoes left by the fireplace. If Santa happened to run into a kid who didn't deserve a present, he likely reached into the fireplace and grabbed a lump of coal, which was the common method of burning in the 19th and 20th centuries. It wasn't just coal, either. He would also leave twigs, bags of salt, garlic, and onions. (Personally, I think onions would upset me the most. I mean, ew.)

More like this
What The History Of Pride Month Means For Celebrations Today
By Jay Polish
Meet The Spice Company Founder Who Sees Chai As A Metaphor
By Madhuri Sathish-Van Atta
If Your Refrigerator Is A Mess, These 25 Organizing Products Can Help
By Courtney Young
Here’s What Sarah Jessica Parker’s Canned Cosmo *Actually* Tastes Like
By Emma Garza
Get Even More From Bustle — Sign Up For The Newsletter