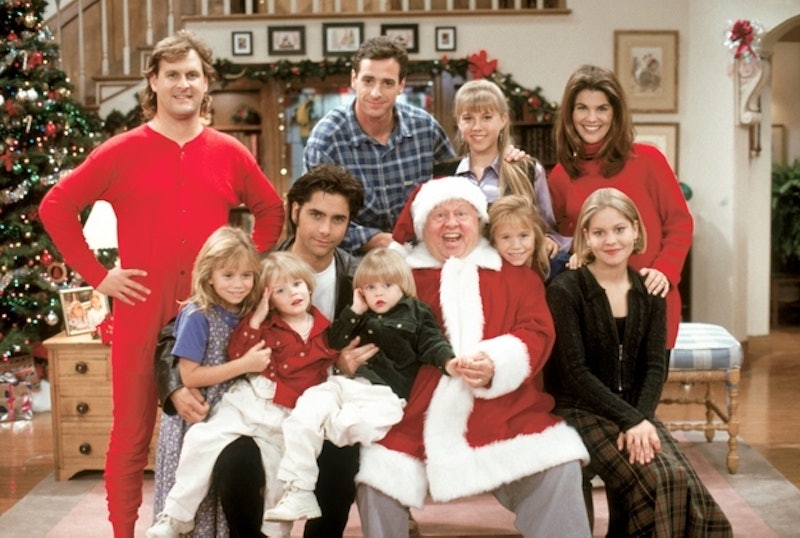 Does anyone remember how rad the holiday season was when we were kids? I can think of more than a few '90s holiday traditions to bring back immediately, because nothing quite beat the wonder and magic we felt as kids as the year came to a close. Curiosity and imagination weren't just accepted — they were encouraged. It was a special time of year when we celebrated diversity and culture, and all of the beautiful things that make each of us so special. The holidays hold a special place in all of our hearts for one reason or another — and I loved them because (among other things) of the traditions that took place year after year.

No matter what was going on in the world — if people were fighting, if bad things were happening — for those last few months of the year, everything quieted. Regardless of your religion, race, or any other identifying factor, we all spent holidays in the '90s side by side as friends and companions.

Let's be honest: The '90s wins as the best decade. Period. But I feel the need to give an extra special shoutout to these '90s holiday traditions, which still stand our clear in my mind.

Taking Pictures With Santa At The Mall

I know malls aren't quite what they were in the '90s anymore, but are mall Santas still a thing? I kind of hope so. I mean, I'm a 28-year-old woman and I admit it: Just the other day, I kindly asked/demanded that my boyfriend and I get a photo with Santa this year. I don't care what you say: That Santa really is the real Santa. HE LIVES.

Alrighty, so maybe this wasn't a "tradition" in the literal sense. But it was still a part of the '90s holiday season. I grew up in the midwest, so snow, wind, and frozen rain were all normal during the winter. Snow days were kind of the most amazing feeling in the world.

Learning & Celebrating At The Same Time

My elementary school celebrated a variety of holidays, because they wanted us to understand that there's more in the world besides what happens in our own homes. We'd sing Christmas carols; we'd play with dreidels and light menorahs; we'd light Kwanzaa kinaras; and so much more. We all got to learn about each other's traditions,

Oh boy. Nothing completes me quite like a onesie with the feet. Your toes sweat and it's a biyatch when you have to go to the bathroom, but I'm a champion. I can handle it.

The kinds of holiday movies that hit theaters during the '90s were a special breed: Jingle All The Way, Home Alone, The Santa Clause... somehow, they all hit both the ridiculous buttons and the heartwarming ones. Not going to lie: I kind of miss that mix. At least we can still watch those somewhat unexpected holiday classics on Netflix now.

Because '90s holiday TV episodes were the best. Whether you were more of a Friends person or a Rugrats one, there was always something for you. And it was even better when you were able to watch them live.

As kids, we'd set out milk and cookies for Santa Claus, plus carrots for his reindeer. When I'd wake up in the morning and rush downstairs, all that'd be left was crumbs — plus a handwritten note from jolly old Saint Nicholas. Let's bring this back. It would warm the cockles of my heart.

Mine always looked like something out of a nightmare, but gosh darnit, we had fun with those.

This wintertime craft was obligatory — but it never got old. You'd fold a piece of paper and then cut shapes into it; and when you unfolded it, you'd have a beautiful snowflake. Or... a pile of scraps, if you cut it the wrong way, like I usually did.

The big thing here is the 'mallows. As a grown adult, I can feel the eyes of judgment whenever I politely request marshmallows in my hot chocolate. Have we forgotten how amazing this is?

And snow angels. Because nothing feels better than the soft crunchiness of snow when you lay flat on the ground and wriggle in it. Bonus points if your snowman was magical a la Frosty or The Snowman.