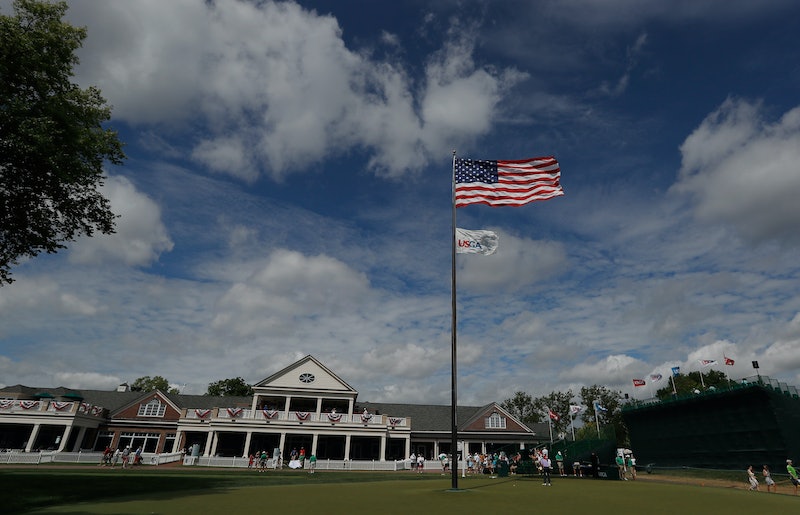 It's been one hell of a week for Ohioans. First Ohio lawmakers passed the "Heartbeat Bill," effectively banning abortion as soon as a heartbeat is detected, roughly six weeks from conception. Then astronaut John Glenn, a beloved Ohio native, died. Then lawmakers passed a 20-week ban on abortion and expanded the state's concealed carry law to allow licensed gun owners to carry concealed weapons on college campuses and at day-care facilities. Those bills are all now awaiting action from Ohio Gov. John Kasich, who has 10 days to either sign or veto a bill once he receives it. While Kasich may have the next move, he doesn't necessarily get the last word and you can stand by Ohioans fighting these abortion and gun law bills.

Ohio lawmakers' decision to use a year-end lame duck legislative session to push through a handful of highly-controversial bills has left many Ohioans feeling frustrated and fearful. As advocates for reproductive rights and gun control look for ways to fight legislation recently passed by the state's House and Senate, consider standing with them by lending and hand (and a voice) to their efforts.

One of the most powerful and effective ways to take a stand against bills recently passed by Ohio state legislatures is to speak directly with the person holding the power to veto these bills. The number for Gov. Kasich's office is 614-466-3555. While calling has been reported to be the best way to ensnare lawmakers' attention, those who really can't find a few minutes to speak over the phone can send Kasich an e-mail using this quick and easy form from NARAL or through the governor's official website.

2. Take It To The Streets

Turn your frustration into action. If you're local, join other reproductive rights activists in sending a message to state legislatures by hanging wire hangers at Ohio's statehouse. They're a very evocative reminder of how far women's reproductive rights have come and why the six-week and 20-week abortion bans Ohio legislatures passed are so dangerous. Another great idea, suggested by Twitter user Raised Geek, calls for establishing a registry of volunteers willing to drive Ohio women to neighboring states with less restrictive abortion laws should Gov. Kasich sign the bans.

Now that Ohio lawmakers have passed what would effectively be one of the nation's strictest abortion laws, it's more important than ever to support reproductive rights advocacy groups. To help fight anti-abortion legislation in Ohio, consider donating to groups like the American Civil Liberties Union (ACLU) of Ohio, which has already vowed to challenge the "Heartbeat Bill" in court. NARAL ProChoice Ohio and Ohio's Planned Parenthood chapter are also among the leading groups fighting to protect reproductive rights.

The attack on women's reproductive rights currently underway in Ohio proves there's no better time to stand up for women's rights than right now. Attend the Women's March on Washington on Jan. 21 and join women from all across the country in marching for the protection of women's rights, safety, and health. Better yet, encourage others in your area (men and women!) to attend by organizing a carpool of sorts.

Reach out to gun control advocacy groups like Everytown and Ohio Coalition Against Gun Violence to learn how you can help push back against Ohio lawmakers' decision to expand concealed carry laws to college campuses and day-care facilities. Ohio's chapter of Moms Demand Action for Gun Sense in America, for example is urging Gov. Kasich to veto House Bill 48 and has vowed to work on educating colleges and day care centers about what steps they can take to protect their communities in spite of the bill.

6. Write To Colleges & Universities In Ohio

7. Add Your Name To Any (Or All) Of These Petitions

While the "Heartbeat Bill," the 20-week abortion ban, and the so-called "Guns Everywhere Bill" await action from Gov. Kasich – he has 10 days to decide whether to sign or veto a bill once it lands on his desk – consider signing a petition urging him to veto these bills. Bustle's Bronwyn Isaac outlined six petitions protesting Ohio's recent anti-abortion legislation. You might also consider signing this petition to protest guns on school campuses.

Talk to your family and friends about reproductive rights and common sense gun control measures. Be sure to share only accurate information from credible sources when advocating for either reproductive rights or gun control as there's enough misinformation out there already. Remember these can be controversial and emotionally charged issues. Consider reviewing this handy guide about how to discuss abortion issues with your family before you head home for the holidays.