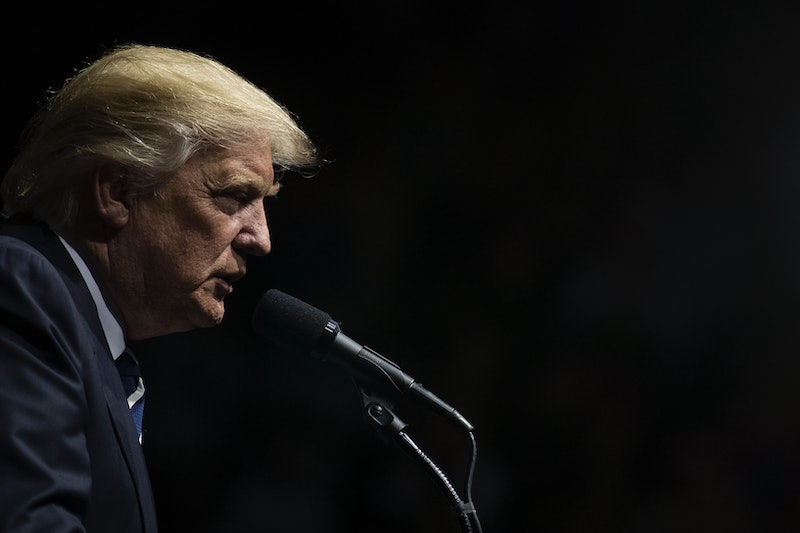 Amidst all the talk of faithless electors, statewide recounts and Russian hacking of the U.S. election, some have started entertaining the possibility that maybe, just maybe, Donald Trump won't receive a majority of votes when the electoral college meets in December. This is very unlikely, but it is technically possible. And what happens if Trump gets less than 270 electoral votes?

When no candidate reaches 270 electoral votes, the House of Representatives gets to decide who the next president is, per the Twelfth Amendment to the Constitution. The manner in which it does so is very unusual, however. In normal matters of House business, each member gets one vote. But when the House is tasked with choosing the next president, each state's delegation to the House gets one vote.

What this means that all of the representatives from Kansas, for instance, will hold an internal vote to decide which presidential candidate Kansas wants to install in the White House. If a majority of Kansas lawmakers prefer Trump, then Trump receives Kansas' one vote. Every state carries out this process separately and then reconvenes, and whichever candidate wins the support for 26 or more states becomes president. In the incoming Congress, Republicans will control 32 states' delegations to Democrats' 17, suggesting that Trump would easily win such a vote.

This one of many fundamentally undemocratic processes enshrined in the U.S. Constitution. In this situation, every state receives one vote, regardless of how big the state is and how many representatives it sends to Washington. So, as California's 55 representatives are all debating amongst themselves how to cast their vote for president, Wyoming's lone representative needs merely to consult with herself before determining how the state of Wyoming will vote.

Of course, if no candidate reaches 270 electoral votes, there's also the matter of picking the next vice president. That responsibility falls with the Senate, where each member receives one vote, just as they normally would.

As you may have noticed, the particulars of this process mean that, in the event of no candidate reaching an electoral majority, it's possible that the House could choose a president from one party while the Senate picks a vice president from the other. This has never happened, but it easily could under the right circumstances (or wrong circumstances, as it were).

All of that being said, Trump probably isn't going to fall short of 270 electoral votes. That would require no less than 38 Republican electors to become faithless; so far, only one has announced that he won't vote for Trump. Maybe 37 will change their minds, but until that happens, the likelihood of Trump falling short short of 270 remains very low.