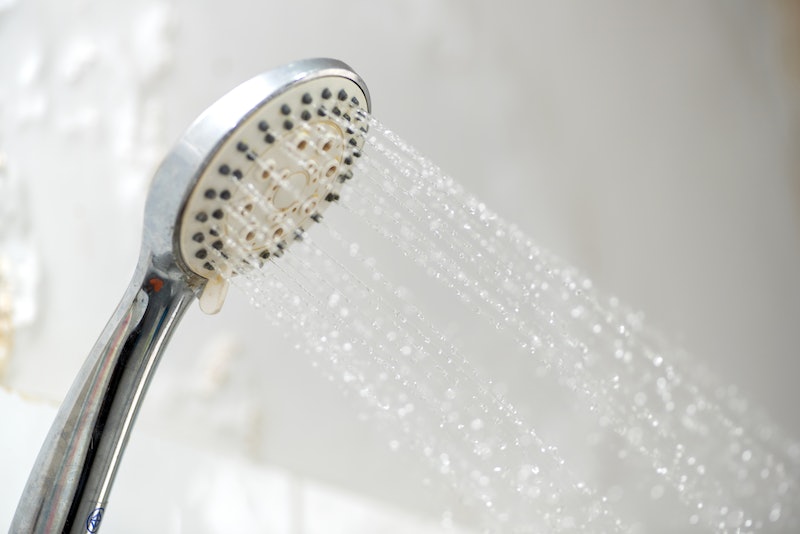 I think it's safe to call it, at this point: 2016 has been a brutal year. You'd be excused if you wanted to put yourself in a hot shower, exfoliate yourself until your skin revealed layers that haven't seen the sun yet, and drink enough cups of tea to drown a small village. But hold up: unfortunately, some of our most beloved sensual pleasures can have a serious downside if done improperly or in excess. No, I'm not talking about sex (although that can, of course, have its own problems, if you happen to get an STD or get accidentally pregnant); I mean the tiny pleasures that are regarded as harmless bits of self-care after a hard day at work. In large quantities, though, they turn out not to be so innocent after all. Yes, I'm sorry to say your boyfriend is right: those long, hot showers are bad for you. And that's not all.

I hate to be the bearer of bad news, but a lot of this is just common sense. Anything that feels so good can't be great for you in large quantities, after all; and it's not surprising that there are risks to naps or beautiful underwear beyond the disapproval of your Methodist aunt. Fortunately, it seems that if we go about these simple pleasures intelligently, we can still have our little luxuries in restrained quantities rather than doing them every day and causing issues.

Here are five simple pleasures that are unfairly unhealthy — and how you can enjoy them responsibly.

Spending too much time steaming in incredibly hot showers and baths is one of the deep pleasures of the winter, but apparently it's a risky business for your skin. Dermatologists recommend keeping your water temperature cooler or even lukewarm to avoid the potential damage of too much overheated water exposure, which can lead to dry skin, rashes, inflammation from removal of the oils that form a natural protective barrier, and other issues.

You also shouldn't exfoliate every day for many of the same reasons: constant abrasion removes the skin's layers and creates the risk for irritation, melanin over-production, flaking, and dryness. A hot shower and exfoliation treatment is a matter for treats, not for all the time.

Too Much Tea (Even If It's Decaf)

The soothing powers of a decaffinated cup of tea seem fairly innocuous, right? (Indeed, it's one of the closest things Britain has to a nationally followed religion.) However, a study in 2013 found that, in excess, consumption of tea is a very, very bad idea, but when they mean excess they really do mean "excess."

The problem with excess tea consumption, the scientists pointed out, was fluoride: cheap tea brands sometimes have a minuscule amount of fluoride in them, and while that's not an issue in small proportions, a dramatic level of daily consumption in tea can lead to fluoride overdose complications, including brittle bones. However, the researchers pointed out that for things to get this bad, you'd have to drink about a gallon a day, or an average of about 10-12 cups. A few cups here and there, on the other hand, are a permissible luxury.

Reading From Any Kind Of Screen Before Bed

Curling up with a show or e-book before turning off the light is, unfortunately, going to be disruptive to your sleep patterns, no matter how delicious it feels to be reading on after lights-out. (Incidentally, a BBC report in 2012 found no real evidence that reading by flashlight after dark created problems with your eyesight, so that one's safe.)

Small studies have found that people who read iPads and tablets just before sleep are less rested, find it harder to fall asleep, have lower levels of the sleep-regulating hormone melatonin, and are generally less attuned to their natural rhythms of sleeping and waking. Our bodies, it seems, don't cope very well with the idea of a bright screen after dark, even if we've adjusted it as much as possible to the low light.

This is an odd one. Napping, it turns out, is linked to diabetes, but we're not sure whether there's some causal factor where naps increase the likelihood of diabetes, or if an underlying condition around diabetics increases your desire to take naps. Naps themselves are likely not dangerous, but wanting to take too many of them may be a sign that you're not well, according to Japanese science from 2015. Severe "daytime fatigue" and the frequent practice of napping in the daytime was found by the Japanese researchers to be highly linked to diabetes diagnoses, but as of now we're not really sure why. Keep taking your power naps, but monitor how much you want them with a cautious eye.

This is basic underwear 101, but you'd be surprised how many women continue to think that silk underwear on a regular basis is a good idea. The problem with non-breathable fabrics in your nether regions is that they gather moisture, providing an excellent environment for bacteria to breed and raising the risk of nasties like yeast infections and UTIs.

This is why it's crucial, when you do buy some silky things for your next fun night in, to make sure that the crotch itself is cotton (though even that doesn't fully protect you), and to check that the product isn't going to fall apart in the wash before you can clean it properly. And if you do wear silk, it's likely a good idea to go for a looser design to provide more air flow and reduce the risk of moisture problems; the "tap pants" that were very popular in the '20s and '30a are a good option, and add a bit of vintage flair.

More like this
This K-Beauty “Wrinkle Bounce” Stick Is Going Viral On TikTok
By Destiny Knight
Meet Foreverist, The Skin Care Brand That Keeps Tattoos Looking Fresh
By Audrey Noble
Sisley's New Enzyme Mask Brought My Dull Skin Back To Life
By Rachel Lapidos
Benefit Just Upped The Brow Game – Again
By Justine Knight
Get Even More From Bustle — Sign Up For The Newsletter