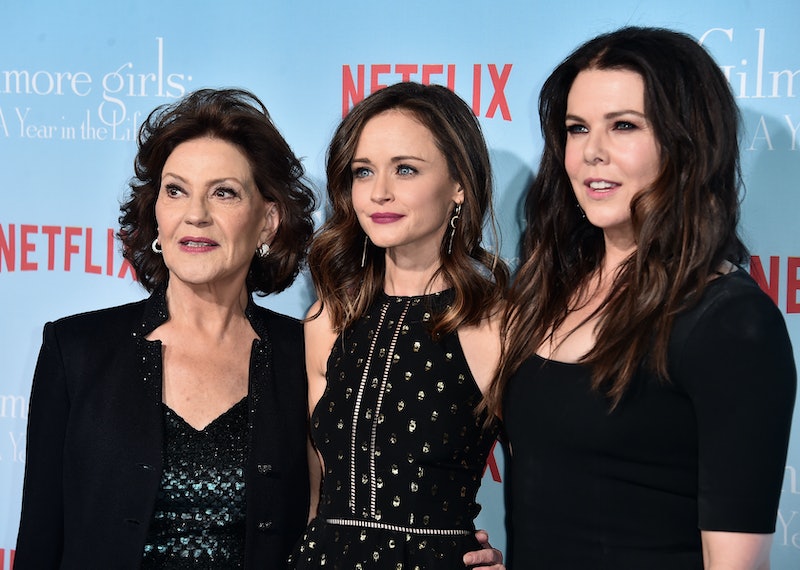 Nobody can argue that it was a big, big year in the life of Lauren Graham, one that could have possibly ended in awards and accolades for her reprisal of Lorelai Gilmore. But, maybe not. As the nominations for the 2017 Golden Globes dropped Monday morning, GG fans were left wondering if Lauren Graham was snubbed by the Golden Globes. I scoured the limited series or motion picture made for television categories; I even double-checked the best television drama category out of adorable optimism, and nothing. How is this possible?

Well, first, fans should examine if Gilmore Girls: A Year In The Life was even eligible for awards this year. If you look at the official eligibility rules for the Golden Globes, the release date of the Gilmore Girls revival misses the submission date by a little bit; whereas the entries closed October 31, the four-chapter story debuted November 25. It's trickier than that, though. As a technicality, media properties that are released in 2016 are allowed to be considered. As such, A Year In The Life could've very well been submitted for eligibility anyway. If it was submitted, Graham's lack of nomination would be very, very intentional. So if that's the case, why was she passed over this year?

In short, a lot of it is that historically, the Golden Globes haven't been one to give props to family dramas. Though This Is Us and its across-the-board nominations would serve as a recent counterpoint to that, the heavily polished show serves up tear-jerking moments each episode. Gilmore Girls, which softened its series' heartbreaks by surrounding it between pop culture banter sessions and quirky townsfolk, still treaded a little hard on dramedy territory, making it hard to pin down and less than a prime pick for awards seasons. That's why while Graham did get the drama nod back in 2002 for "Best Performance by an Actress in a Television Series," it was only for one of GG's most intense and least fluffy seasons.

Still, as controversial as A Year In The Life was (and even hardcore fans like me have notes), nobody can deny that the dramatic stakes were much higher with the girls as full-fledged women, and that Graham really gave it her all this season. With the Golden Globes as an easy predictor for other more prestigious award shows, it's disheartening to see her get passed over. That sob-inducing monologue about Richard buying her a mustard-covered pretzel? It has Emmy reel written all over it. But if the Golden Globes are giving that performance a pass, it's not looking good for the rest of the accolades.

Graham, however, will be perfectly fine. She's had a big win with her collection of personal essays, Talking as Fast As I Can: From Gilmore Girls to Gilmore Girls (And Everything In Between). And no doubt will the television world receive her with open arms following that phenomenal return to Stars Hollow. A coffee toast to you, lady, this isn't over yet!