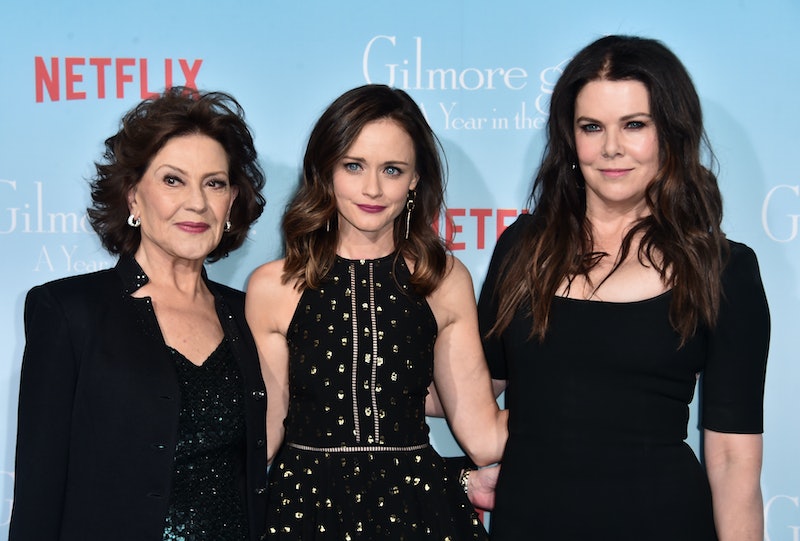 Since it first hit Netflix last month, I have watched Gilmore Girls: A Year In The Life all the way through at least four times, and each time I do, I find new things to love about it. So when the 2017 Golden Globes nominations were announced on Monday morning, I thought for sure this show would be included, especially after all the hype that surrounded it for practically an entire year before it made its debut. Unfortunately, that didn't happen. Did the Golden Globes actually snub Gilmore Girls ? Unfortunately, the series didn't receive a single nomination in any category, despite the fact that it was released well within the awards' eligibility guidelines.

According to the Golden Globes' official rules, any media released in 2016 is eligible to be nominated. And even though A Year In The Life hit Netflix on November 25, a few weeks after the October submission deadline, the fact that it was released before the end of the year means it could have still scored nominations. Knowing that Gilmore was 100 percent eligible to be considered, it's even more disappointing that it didn't get the recognition it deserves. I mean, think about it: It's no easy task to get the majority of the original cast back together for a TV revival, and that counts double for a project as involved as A Year In The Life. It may have only been a four episode run, but those episodes were each 90 minutes long, so essentially, it was more like four movies. That's a huge undertaking, and it resulted in a wonderful tribute to a show that so many of us have continued to watch and love for nearly ten years after the original series' finale.

And it's not just the show as a whole that should have been nominated. After the performances they gave — both funny and deeply dramatic — Kelly Bishop and Lauren Graham definitely deserved nominations for Best Actress In A Television Series in the drama category. With Richard's death looming over so many of their interactions as mother and daughter, they were both incredible, especially in the scene with Graham's emotional monologue about her favorite memory of her father. There were so many moments in the revival that were funny or emotional specifically because of Graham and Bishop's talents, and it's a shame that's going unrecognized by the Globes.

My fingers are crossed that, by some miracle, there's more Gilmore Girls to come, so hopefully this isn't the show's last chance to score a nomination. Maybe next time around?