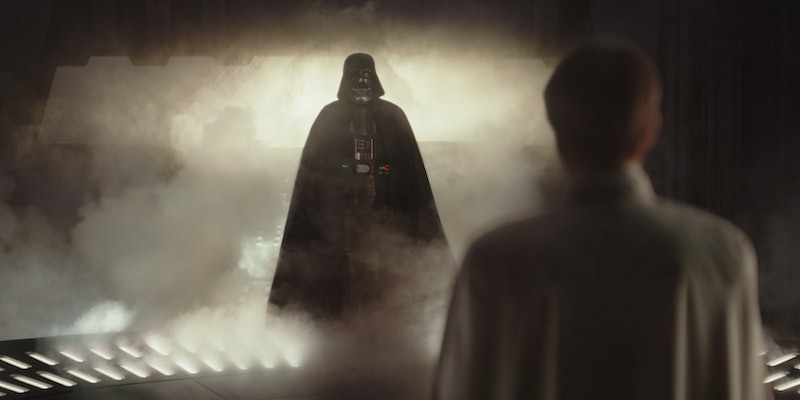 With Rogue One set to expand the Star Wars universe, fans are wondering just what the franchise's first anthology movie really means. Does this mean that Jyn Erso and company are going to become the new crop of heroes that inspire a following like Luke, Leia, and Han did decades ago; or like Rey, Finn, and... uh, Han... did last year? In other words, will fans have a Rogue One sequel to look forward to?

For the last time: No! Even if Rogue One ends up being the most well-received Star Wars movie of all-time, Disney has so far insisted that the film is a standalone movie, meant to function on its own and not start a larger narrative. There are a couple of reasons behind their thinking on this. First, on the business side of things, with Disney planning on churning out a new Star Wars movie every year, it's much easier if all these new films don't have to be interconnected. As long as they can throw out a new movie with some disposable characters that takes place in the Star Wars universe, fans should be happy. Hell, the now-defunct Expanded Universe novels were able to do this for decades and fans lapped it up. But there's another reason why Rogue One isn't getting a sequel: One essentially already exists in the form of the first ever Star Wars movie.

The bones for Rogue One's story can be traced all the way back to the opening crawl of 1977's Star Wars (later to be subtitled A New Hope). That brief description that set the stage for all Star Wars movies to come spoke of a brave group of Rebels who took on the Empire and stole the plans to the Death Star:

It is a period of civil war. Rebel spaceships, striking from a hidden base, have won their first victory against the evil Galactic Empire. During the battle, Rebel spies managed to steal secret plans to the Empire's ultimate weapon, the Death Star, an armored space station with enough power to destroy an entire planet.

Those Rebels never had their story told in full — until Rogue One. So given that Rogue One leads directly into A New Hope , that almost 40 year old movie essentially functions as the sequel to Rogue One. Granted, it doesn't feature any of the new characters who are introduced in Rogue One, but it does function perfectly as a sequel when it comes to advancing the larger narrative. Rogue One 's director, Gareth Edwards, even told Empire (as reported by /Film's Peter Sciretta) that if his movie had a sequel, "that sequel will be directed by George Lucas," and he was referring to A New Hope.

So if you're aching for a sequel after watching Rogue One, you should take a look at A New Hope, because that's the only sequel you're going to get.