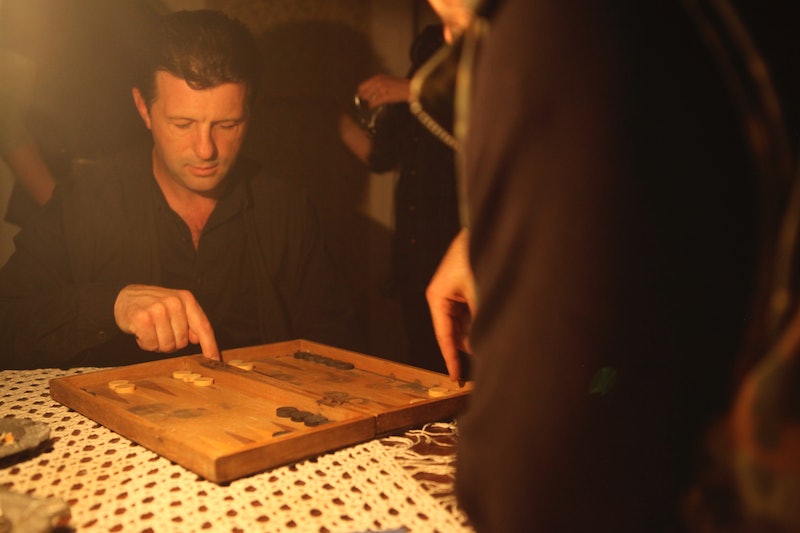 Netflix's latest true-crime original series, Captive , follows the stories of different hostages who find themselves in similarly terrifying situations. Every story in Captive follows people who have been kidnapped and held against their will. Sometimes it's for ransom, sometimes it's for political reasons, but it's a universally horrifying experience for the victims (understandably so). While Captive uses very real stories as examples of people behind held hostage, viewers at home may find these stories harrowing enough to swear off of going to any of the eight locations detailed in Captive. Captive follows specific cases that seem to go beyond statistics, but how often do kidnappings really happen?

While most people think of kidnapping as child abduction, Captive follows primarily adult victims in locations around the world. While there are no concrete stats detailing the total number of people kidnapped worldwide every year, there are statistics on each of the different locations that Captive covers in its first season that help inform what the culture of kidnapping is like in those individual countries. Kidnapping is a delicate subject, one that Captive strives to handle with nuance, but the reality it shows of kidnapping in the world certainly paints a dark picture.

Episode 1 of Captive follows Lucasville Prison in Ohio where eight guards were taken hostage during a riot. While Lucasville is one specific incident, the FBI reports that in 2014, 17,631 people were reported "missing under circumstances indicating that the disappearance may not have been voluntary, i.e., abduction or kidnapping." This accounts solely for victims who are missing, as opposed to the Lucasville guards who were held hostage, but whose whereabouts were known.

Episode 2 of Captive follows an executive kidnapped and held for millions in ransom. OSAC (The Overseas Security Advisory Council) reported in 2016 that, in Rio de Janeiro, "While kidnappings for ransom in Rio have become less common in recent years, these incidents do occur. One tactic of organized gangs is to target individuals observed withdrawing money from ATMs or exiting banks after making a withdrawal."

Kidnapping seems to be an especially present threat in Somalia, with OSAC reporting that "Kidnappings and larger assaults ... remain daily threats," and that "in recent kidnappings of ... Westerners, the victims took precautionary measures by hiring local security personnel, but those hired to protect them may have played a role in the abductions."

The Philippines episode of Captive follows two Chrisitan missionaries whose time in the Philippines takes a turn for the tragic when they were kidnapped by the Abu Sayyaf terrorist group. According to the OSAC's 2016 findings, "there were 38 reported kidnappings [in 2015], predominantly of local citizens. Of these incidents, 20 occurred in Mindanao, the southernmost major island. [Philippines National Police Anti-Kidnapping Group] officials report that kidnapping incidents in Mindanao are mostly perpetrated by individuals/groups that are members or allies of Islamist extremist organizations."

The Chechnya episode of Captive features two British aid workers who were kidnapped for over a year, a threat which OSAC reports isn't a wholly unique occurrence. According to the organization, "throughout the region, local criminal gangs have kidnapped foreigners, including U.S. citizens, for ransom. U.S. citizens have disappeared in Chechnya and remain missing."

Captive follows the story of a monthlong standoff between a group of Palestinians in the Church of the Nativity while the city was invaded by Israeli forces. That tension boils over to non-traditional hostage situations as well. The OSAC reported that "The threat of hostage-taking is a concern for U.S. citizens and foreigners in Gaza. Armed gunmen in the West Bank and Gaza Strip have kidnapped or planned abduction operations of Israelis and foreigners."

The Yemen episode follows victims of an Al-Qaeda kidnapping, a fate which is still a threat as of a 2014 report, according to the OSAC. "The threat of kidnapping is high. Kidnappings are often used as a political tool to demand government benefits and services or prisoner releases/exchanges. [Al-Qai’da] may also seek to benefit from negotiations involving kidnapping," the report states. The OSAC's report also lists 12 foreign kidnap victims in the years between 2012-2014 alone.

Four human rights activists were taken captive in Baghdad in the aftermath of the Iraq War, and their story is told in the final episode of Season 1 of Captive. The OSAC only reported that "Kidnappings for political or monetary gain are common throughout Iraq. The threat of kidnapping by ISIL or Shia militia groups is extremely high."

While kidnapping is far from a worldwide epidemic, there are certain places in the world where the threat of abduction is greatly increased. The goal of Captive does not seem to be to scare people away from places where kidnappings are common, though. Captive instead reveals how hostage-taking, and the efforts to resolve it, have evolved to address an escalating international trend.

More like this
Watch The Trailer For Netflix’s Edgy New Comedy 'FAKES'
By Brad Witter
Dr. Anna Pou Is Still Practicing Medicine After Facing Murder Charges
By Brad Witter
'Children of the Underground' Subject Faye Yager Now Runs A North Carolina B&B
By Brad Witter
Anthony Templet Wants To “Live Normally” After Killing His Father
By Brad Witter
Get Even More From Bustle — Sign Up For The Newsletter