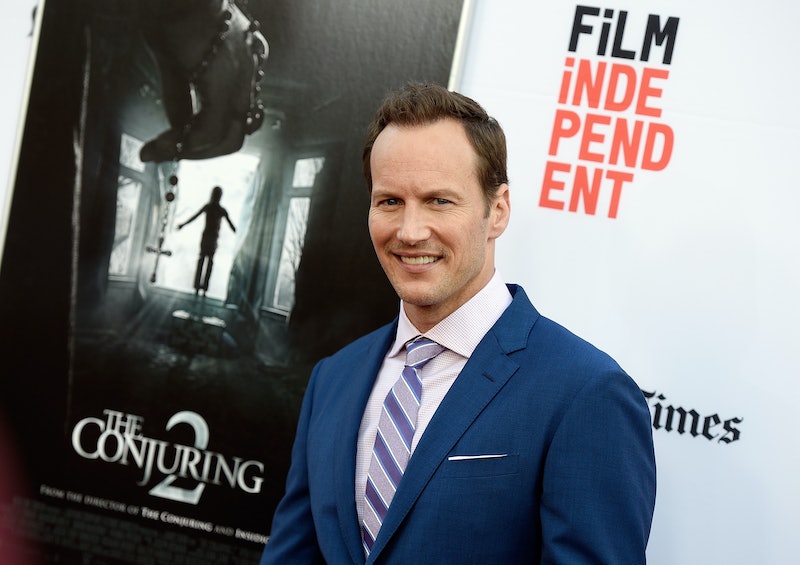 If you need another reason excited for DC Comic's 2018 movie Aquaman, here's one more: The Wrap has confirmed that The Conjuring actor Patrick Wilson will play Ocean Master in Aquaman, joining Jason Momoa, who plays the film's title. Ocean Master isn't just a villain, though — he is Aquaman's half-brother and nemesis. Wilson's Ocean Master in the DC Universe and may or may not be the main (or only) Big Bad in the upcoming film. But who is Ocean Master in Aquaman and what's his deal? What makes him tick and why is he so (sea)salty with Arthur Curry?

According to Movie Pilot, Ocean Master (also known as Orm Curry) serves as Arthur Curry's jealous half-brother in several different iterations of Aquaman comics. Though in later versions he's got some natural nautical powers and different parentage, Orm first shows up on the scene in September 1966 for Aquaman No. 29 as Arthur's completely human half-brother. Young Orm is jealous of Arthur's inherited Atlantean birthright and powers and hates living in his righteous older brother's shadow. After his childhood and moody teen years, he contracts amnesia and disappears for awhile. He returns as Orm Marius or Ocean Master, a pirate with nasty gadgets that help him to cause natural disasters, essentially getting governments to pay him to not destroy the world. Aquaman struggles to fight his villainous brother because they're family but he always manages to foil his evil plans.

Since Ocean Master is magically powerless, he's got to get creative when competing with his aquatic-blessed brother. He rocks a helmet which makes him able to breathe underwater and body armor that can handle deep sea pressure. Then, in the 1995 Comic Underworld Unleashed, he makes a deal with a demon named Neron, so he can manipulate vast amounts of magic with a magical trident. He's not just Ocean Master — he's also a master of magical manipulation.

While it seems like Ocean Master might be the only villain in Aquaman, he also has a brief stint in the "Injustice Gang" Lex Luthor's gang of villains, so maybe a few of those guys will show up, too.