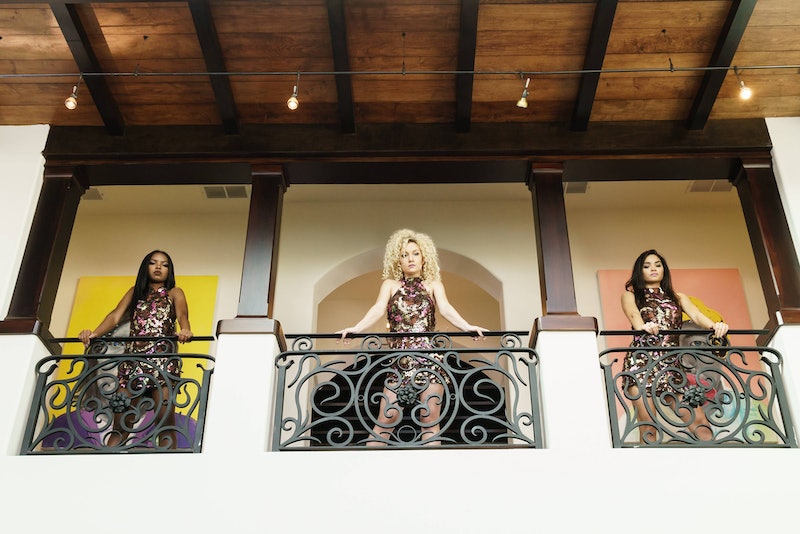 Far too often in the entertainment world, actors have their singing voices dubbed for TV shows and movies (even animated ones), which has led to audiences being skeptical whenever a new project with a musical element is announced. Yet, since the cast of Star seems to be doing their own singing, no such skepticism needs to exist for FOX's latest series. Newcomers, TV veterans, and music superstars are all involved in the show about three young women forming a girl group to make it big. And regardless of each individual person's experience level, the actors of Star will really be singing.

Lee Daniels, creator of Star and that other famous musically-based show Empire, spoke to Billboard in September and when asked if he casts people who excel more at acting or more at singing, he admitted to favoring actors, "Ultimately, I go with the actor. It's really hard to find someone who can act — to be the definitive character that you've written — and can sing. Really hard." Yet, he was able to find a woman who could both act and sing for the title character of Star — Jude Demorest. He continued, "So when Star — Jude Demorest — walked into my office, I knew that the universe was working for me. She was so eerily the character that I wrote. I told her to her face, 'I don't like you,' because I didn't want her to know how much I did like her. It took me forever to find [Empire characters] Jamal and Hakeem. She came in right off the bat."

The Hollywood Reporter noted that Demorest started singing, dancing, and acting at a young age through performing at her church. She even cowrote Fifth Harmony's song "Work from Home," but told THR that she then chose to take a break from music to focus on acting. Yet, after 11 auditions with Daniels, she will be singing as the lead character in the new primetime show.

As for the two additional singers who make up Star's girl group, they are portrayed by Ryan Destiny and Brittany O'Grady. O'Grady's bio on FOX's site for Star says that she is a triple threat that started singing, dancing, and acting when she was 4 years old. Growing up around Washington, D.C., she has previously performed at the White House and Kennedy Center. Destiny's bio notes she is a recording artist, who was a member of the group Love Dollhouse and is currently working on a solo music project. You can see her performing with Love Dollhouse in the below music video, which shows she has done this girl group thing before.

And let's not neglect the one major big-name star who is known for being a talented musician along with being a famous actress who is in the cast. Queen Latifah (I would call her a queen if it wasn't so redundant) will obviously be doing her own singing with Daniels telling Billboard in his September interview that he had created the role of Carlotta with Queen Latifah in mind. He sang her praises (pun acknowledged) to Billboard and discussed the type of music she'll be singing in the series. "And her voice — she sings gospel in our first number, but a new type of gospel. We'll also hear her sing some R&B and do some classic and current rap," Daniels said. Good thing fans already know she can do it all.

Another person known for his musical talents is Lenny Kravitz. His role is much smaller than Queen Latifah's as he only acts as a guest star. However, since he plays Destiny's disapproving — but famous rock star — father, expect to hear him perform during the series as well.

Then you have Benjamin Bratt to round out the veteran performers. He portrays the group's manager, so he most likely won't need to sing on the series, like the characters that are part of the business side of the music industry in Empire. Yet, fun fact: Bratt did sing just the tiniest bit with Sandra Bullock in the movie Demolition Man — back before they starred in Miss Congeniality together! So maybe Bratt does have secret singing chops.

Similar to Daniels' other show Empire , the Star cast is composed of people who really can sing as well as act. As Daniels noted, it may take a longer time to cast the right actor when done like that, but his efforts to cast genuinely multitalented performers for Star will absolutely be worth it if Empire is any indication.

More like this
Megan Thee Stallion Actually Auditioned To Be This 'P-Valley' Main Character
By Radhika Menon
An Ultimate Guide To The Music Of 'Rap Sh!t'
By Brad Witter
How Lady Gaga & Adele Are Closer To The EGOT All Of A Sudden
By Jake Viswanath
All Saints Didn’t Make Melanie Blatt “As Rich As People Think”
By El Hunt
Get Even More From Bustle — Sign Up For The Newsletter