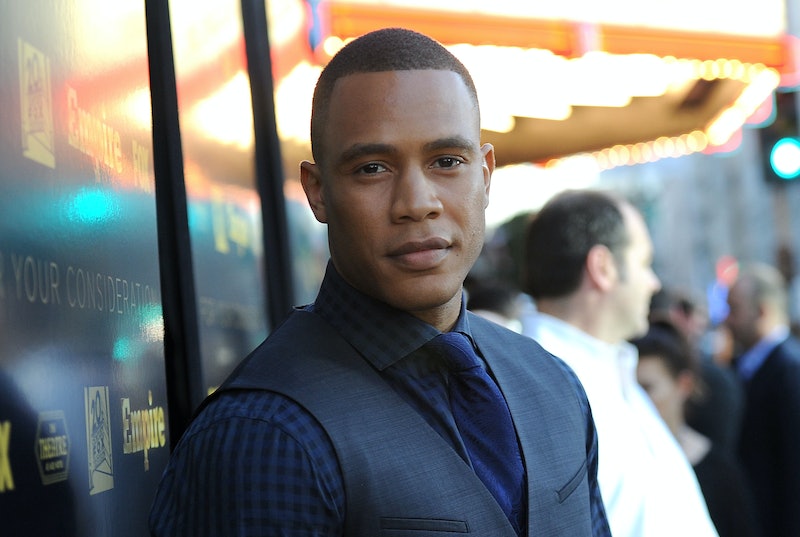 Empire is a great show full of gifted performers with a variety of talents. The stars can sing, dance, act, and they showcase it all on screen. But not everyone has had their time in the spotlight when it comes to their musical talent, so it got me wondering whether these other Empire stars can sing in real life too. I know that Trai Byers, Grace Gealey, and Kaitlin Doubleday play characters who are on the business end of the music industry, but do they have musical interests in the real world? What about Gabourey Sidibe and Ta'Rhonda Jones? They both were promoted to series regulars for Season 2. Does this mean that their characters might end up on the next Empire soundtrack?

We all know that Terrence Howard, Taraji P. Henson, Jussie Smollett, and Seraya McNeill can sing plus Bryshere Gray can rap, but what about the rest of the cast? Are they ever going to hit the stage or will they be sequestered in the Empire boardroom forever?

You'll be delighted to know that there's actually quite a bit of hidden musical talent in the cast. The only sad thing is that we haven't been able to see it on the show, but I have hope that the other stars will showcase their singing skills in the future. So who else can rock the mic? The answer may surprise you, but pretty much every main cast member has some musical abilities.

I am so used to seeing his character, Andre, suited up and talking about how he feels left out of his musical family that I couldn't actually imagine Trai Byers singing in real life. But, yes, the actor has some singing skills. I am curious if we will ever see him belt out a song on the show since being the black sheep is such an integral part of Andre as a character.

Boo Boo Kitty is just so wound up and all about business that I would never in a million years picture her character shaking it on stage. I was honestly surprised to learn that Gealey is a talented singer. If I was a writer for Empire, I know exactly how I would want her singing abilities to be revealed on the show: Anika would show off her singing skills after getting signed by a rival record company. That would be such a shock for viewers on so many levels, so if that ever happens, I'll expect my check in the mail.

Rhonda Lyon is all about that behind-the-scenes manipulation, so I would be pretty surprised if her character wanted to draw some overt attention to herself and become a musical star. I have no idea how the show would ever work Doubleday's singing abilities into her storyline. Maybe she could sing some lullabies for her future baby? That would make a lot more sense than her randomly showing up at the recording studio.

I am so happy that we will get to see more Becky on screen. Will she outgrow working as Lucious Lyon's assistant and reveal that she's actually a great singer. Gabourey Sidibe showed off her singing when she appeared on Saturday Night Live, and while her singing is pretty silly in this sketch, you can tell it's not bad!

I really want more for Porsha aside from following Cookie around and getting snipped at on a regular basis. She has so much sass and I want her to have a plot line of her own. In real life, Ta'Rhonda Jones is actually a rapper turned actress, so I would love for her and Hakeem to battle or for her to duet with Jamal. It would be so funny to see Cookie go from her boss to her manager. Hint hint, Empire writers.

My initial reaction to all of this is that I hope these stars get to sing on the show one day, but then I thought about it and I'm also pretty jealous. All of the main cast members are singers and actors. Wow. I would love it if they had a cast-wide collaboration on a musical track. Can that please happen eventually?