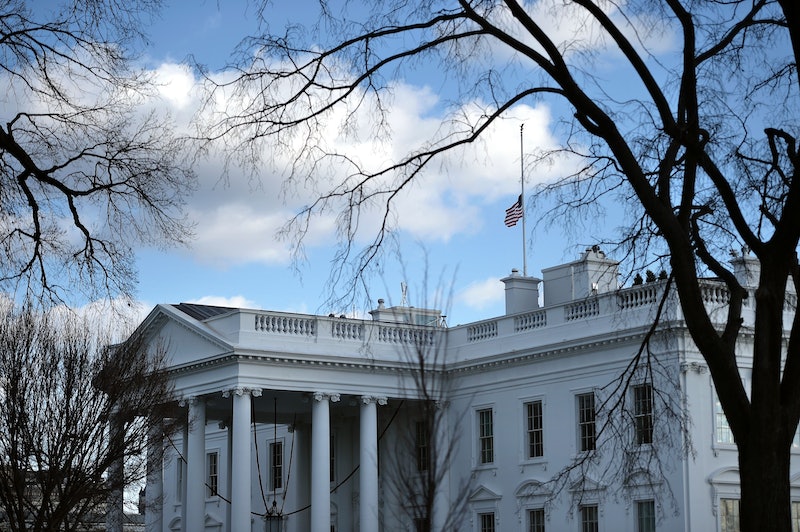 The 2016 election for President of the United States has been unprecedented in many ways. From the first female candidate nominated by a major party to the shocking electoral victory of a former reality TV star who has no experience in government, it seems like anything is possible in the topsy-turvy global landscape of 2016. So it's not surprising that this year, like others when the winner of the popular vote did not win the presidency, concerned citizens are looking to the Electoral College meeting as the last, best hope to avoid a Trump presidency.

Since Election Day, there's been a buzz about potential "faithless electors" who might not vote for the candidate that won their state. This leaves open the (incredibly slim) possibility that Donald Trump might not get the 270 electoral votes needed to formally win the presidency. But until the nation's 538 electors meet in their respective state capitols on Dec. 19, there's no guarantee how the final electoral tally will shake out.

So, what time will we know the final result? Like everything else in our current political reality, it depends. Historically, the Electoral College vote has simply affirmed the results of the general election. But this year, we could be in for a nail-biter.

Although it's referred to as a singular entity, the Electoral College gathering is actually comprised of 50 separate meetings. Prior to the November election, Democratic and Republican parties in each state voted on a slate of electors who would represent them in the Electoral College. Once a state certifies which candidate won the most votes, that candidate's party is essentially told to activate its state electors. Most states have a "winner take all" policy, where the candidate who wins the state's popular vote gets all the electoral votes from that state, regardless of how many citizens voted for a different candidate.

On Dec. 19, electors in all 50 states will meet — though the Constitution does not denote specific times for when such meetings should begin or end. Under the oversight of the Secretary of State, each elector will be given six copies of two ballots each — one for president and one for vice president. The six copies are distributed to various state and federal officials, who will certify the results of the election. Once every state's elector has returned their ballots, the full electoral college vote will be counted by Congress.

Since each state's electors vote independently of other states, there is no set time that all electoral votes must be counted. Joe Biden, president of the Senate, will receive those ballots by Dec. 28 and the final results will finally be known on Jan. 6 when Congress holds a joint session and officially count each vote.