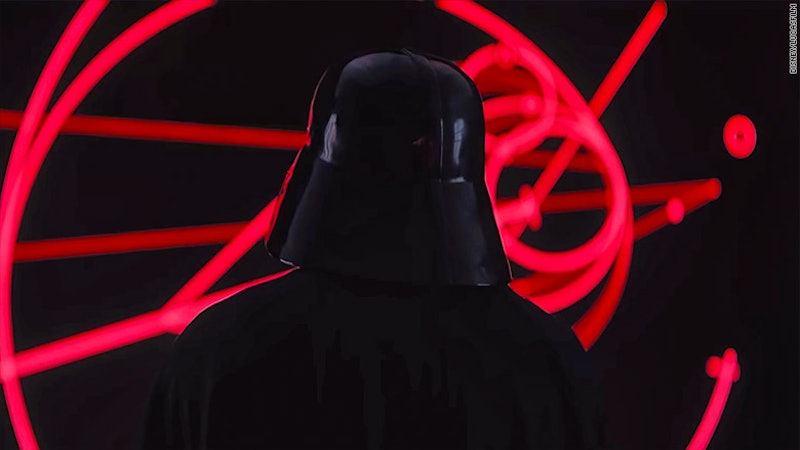 The Force Awakens was an excellent example of Star Wars nostalgia. The movie brought back Han Solo and Chewbacca in key roles, Leia in a supporting role, and featured quick appearances by C-3PO, R2-D2, and Luke Skywalker. Fan-beloved minor characters Admiral Ackbar and Nien Nunb both showed up, and Yoda and Obi Wan Kenobi made vocal cameos in a vision. But there was one classic character omission that was particularly glaring: Darth Vader. Thankfully, Rogue One rectifies this by featuring the Sith Lord, but which version of the character will show up? How old is Darth Vader in Rogue One ?

Luckily for fans of the bad guy, the new movie features classic Vader (AKA the greatest villain in movie history) at his most-menacing. This is no Hayden Christensen-portrayed, watered-down version of Darth Vader. Oh no, this is the force-choking Darth Vader that audiences were first introduced to in A New Hope. And since Rogue One takes place immediately before, and leads directly into, A New Hope , Vader is the same age as he was in that movie. And with Star Wars lore telling us that Anakin Skywalker was born 42 years before the Battle of Yavin, which is depicted in A New Hope, that means that Darth Vader is about 42-years-old in Rogue One.

This return to form for the character — who is once again voiced by the incomparable James Earl Jones — is being lauded as the most-beloved aspects of the new film. Darth Vader in Rogue One has made the character scary once again, as it shows him at his most terrifying. Since the movie takes place before even A New Hope, and therefore before Luke Skywalker became involved in the saga, there is no light side clouding Darth Vader's judgement. The Sith Lord is as bad as he wants to be, which as it turns out, is pretty bad.

Rogue One depicts Darth Vader both at the height of his powers and at his most evil. It's the version of Vader fans didn't know they were missing until now, and now I'm afraid it's the only Vader the Star Wars faithful will be able to accept going forward.